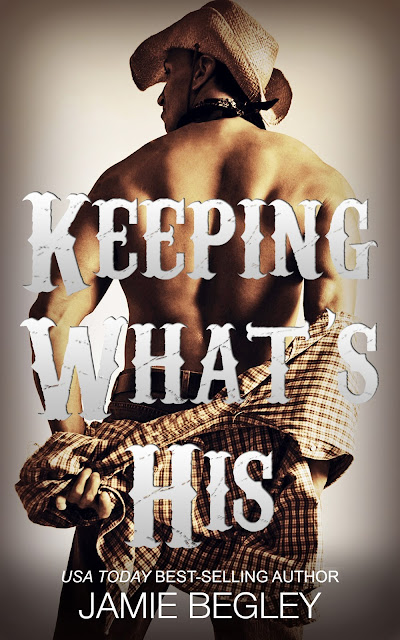 One, a Porter stands his ground

Sutton Creech was a cheat and a liar. Tate Porter had found that out when he was eighteen, and he had no intention of letting her make a fool out of him again. He didn’t care how much pain he saw in her eyes or how old memories tugged at his unforgiving heart until, the night a hidden secret is revealed and everything Tate had believed about their past is shattered, proving he had let the woman he loved get away.


Between trying to protect his family and running their pot growing business, Tate doesn't have time to play the "Nice Guy". He'd just have to remember the most important rule his father had given them: A Porter always keeps what's his. 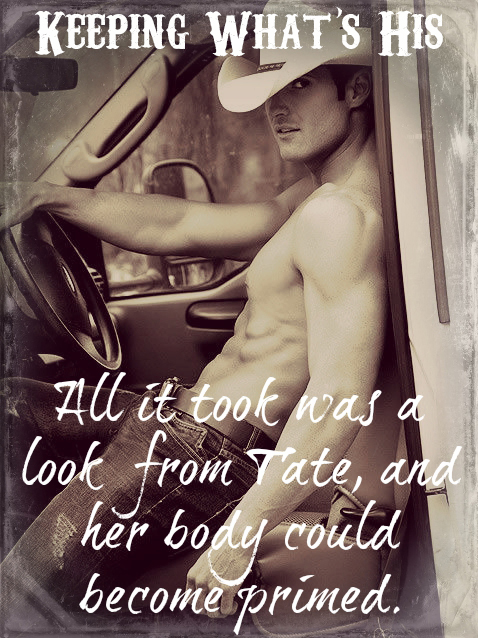 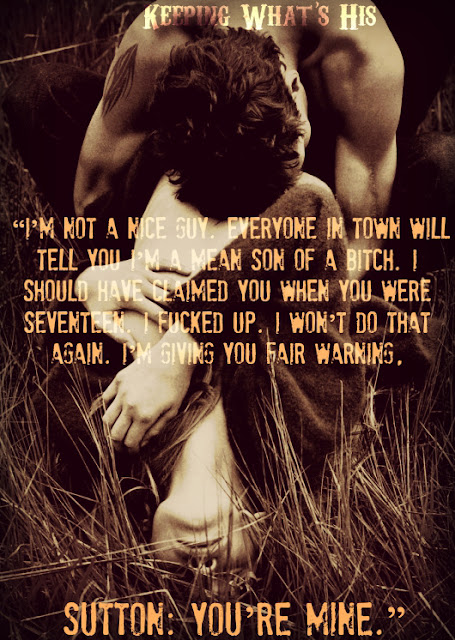 Excerpt #3
“She’s not had an easy time since she’s been gone.” Rachel’s soft voice didn’t rouse his sympathy.
The soothing warmth he was receiving from his sister’s hand on his arm didn’t dispel the churning anger in his stomach, and Tate refused to talk about Sutton any longer.
Rachel sighed. “Your temper is going to be your downfall, Tate. Greer may be a hothead, but he gets over it fast. You hold a grudge forever.”
“Yes, I do.” He and Cash had a contentious past over women, but the only one Cash had succeeded in angering him over was Sutton.
“You’re an asshole. I never touched Sutton, but you’re not going to change your mind despite me telling you the truth. Ask me about any woman in town, and I’ll tell you the truth; why would I lie about her?”
“Maybe because your wife is sitting right here,” Tate replied sarcastically.
“I’ve never denied my past to Rachel,” Cash snapped back.
“Then it’s because you knew I cared about her.”
Cash snorted. “You didn’t care about Sutton. You let her go easily enough. If you were as into her as you’re acting, you would have whipped my ass over her. Greer tried to give me a beating over that slut Diane. You just asked Lisa to the prom, instead. You were just tired of having blue balls, and it gave you the excuse to do what you wanted to do all along.”
“Which was what?” Tate snarled.
“Breakup with Sutton and fuck Lisa.”
Tate stood, his chair scrapping back. “I’ve gotta go before I knock the shit out of you. I can’t afford to do any jail time right now. Bye, Rach.”
“Tate!”


He ignored his sister trying to call him back. He didn’t bother paying his bill, either, knowing Cash would take care of it. The son of a bitch deserved to pay his tab.

"I was born in a small town in Kentucky. My family began poor, but worked their way to owning a restaurant. My mother was one of the best cooks I have ever known, and she instilled in all her children the value of hard work, and education.


Taking after my mother, I've always love to cook, and became pretty good if I do say so myself. I love to experiment and my unfortunate family has suffered through many. They now have learned to steer clear of those dishes. I absolutely love the holidays and my family puts up with my zany decorations.


For now, my days are spent writing, writing, and writing. I have two children who both graduated this year from college. My daughter does my book covers, and my son just tries not to blush when someone asks him about my books.


Currently I am writing five series of books- The Last Riders, The VIP Room, Predators MC, Biker Bitches, and The Dark Souls.


All my books are written for one purpose- the enjoyment others find in them, and the expectations of my fans that inspire me to give it my best.”