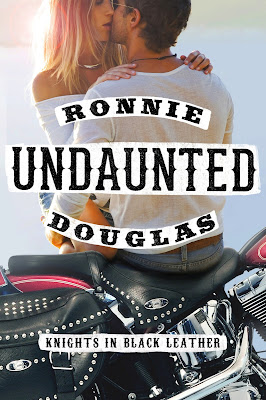 
Being fearless has never looked so good . . .Aubrey Evans needs to get her life back on track after her father is indicted for embezzlement. All she has to do to hightail it out of small-town Tennessee is save up money for college tuition and steer clear of hard-muscled boys on motorcycles. Yet there's no ignoring someone like Zion. A knight in black leather, Zion looks like every bad idea she's been told to avoid, but she can't resist him. Whenever she's in trouble, he's there. Appealing as his rough exterior may be, it's the protective, principled man beneath who tempts her like crazy.Zion knows Aubrey doesn't intend to stick around. She claims to want only friendship, but he senses there's a naughty girl hiding on the inside—one whose intense desires match his own. For now, he'll be patient and play by her rules. But he knows it's just a matter of time before he weakens her resolve.As they join forces to figure out who's behind a local crime spree, it's clear that the danger goes deeper than Aubrey guessed. And when she needs someone tall, dark, and undaunted to keep her safe, Zion intends to be there—now and always. 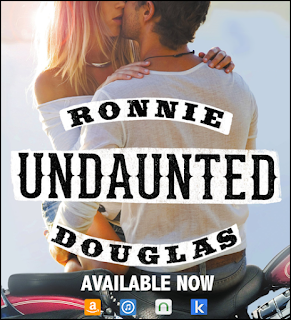 
Reese's Review:
Aubrey is having a rough go at it since she had to move from her dream school and life to Tennessee with her grandmother after her father loses all of their money when he gets caught embezzling money. Now she has a plan to get back at her dream school and get everything she wants out of life. Until she meets Zion and now he's all she can think about.

I enjoyed this book enough but I felt Aubrey was a bit too winy for me. I did like her i just wished she was more mature from the get go but seeing as she's been spoiled her entire life I can see where she's coming from.

Zion is yummy and I liked his character a lot, overall great story.

“You’re safe, Red,” he said in a softer voice. “I’ll take you to grandmother’s house.”

He watched me, obviously waiting for something.

The best my drunken brain could offer was, “The Big Bad wolf eats Red.”

He paused, grinned, and patted the seat. “You’re too drunk for that too.”

I blinked at him. Then his words sunk in, and I gasped. I hadn’t meant that, but now that he planted the idea in my mind, I couldn’t speak.

“You’re safe with me,” he promised, and then he patted the tiny seat behind him.

I wanted to tell him that I didn’t want to be safe, not after he’d planted such forbidden images in my mind. I yanked my mind out of the gutter and climbed onto the motorcycle, wrapped my arms around his waist, and tried not to shiver. I shouldn’t like the way he talked, but I did. I liked the whole package: the rescue, the insinuations, the motorcycle.
Maybe alcohol and fumbled petting with Quincy just skewed my judgment so severely that Zion seemed more tempting than he actually was. I wasn’t sure. I also didn’t think it mattered. By tomorrow, I would be too sober to think about kisses or any of the other things he might be good at doing.

He pulled my arms tighter around him, holding my hands together on his very taut stomach. It was a little embarrassing that being on the back of his Harley was doing far more for my libido than all of Quincy’s—and every other man’s before him—effort.

About the Author:
Ronnie Douglas is the writing name for a multiple New York Times bestselling author. Drawing on a lifetime love of romance novels and a few years running a biker bar, she decided to write what she knew—dangerous men with Harleys and tattoos. Her debut “Ronnie book” was indie-published as part of a series she created and wrote with friends in 2014.
Posted by Reese's Reviews at 1:00 AM