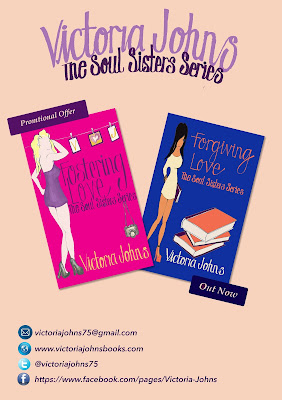 * * * *
Links: Amazon UK/Europe link | Amazon US link
Forgiving Love Book Synopsis
Forgiving Love is the second book in the Soul Sisters Series, which tells the stories of four girls, friendship and their path to finding ‘the one’.

Aneelia, Dalton, Charlotte and Florence have always been best friends and self confessed soul sisters.
Supporting each other through thick and thin is the easiest way to survive lifes high’s and low’s, after all, they know everything about each other.
Or do they?
Aneelia Prince has been hiding a secret from her soul sisters.
Her secret was a shameful night of regret, a misjudged bad decision and a situation read wrong.
Things didn’t go as expected when she decided to take a chance on the guy she’d been watching from a far.  She thought they wanted to same thing but what he wanted was something entirely different.
Neely’s attempts to avoid the situation come to crashing halt when her professional life demands it.  As desperate as she is to act like nothing happened so she can move on with her life, she finds herself stuck in the middle of his.
Being close to him is the last thing she wants when it’s so hard to forgive him especially when he’s chosen to forget. 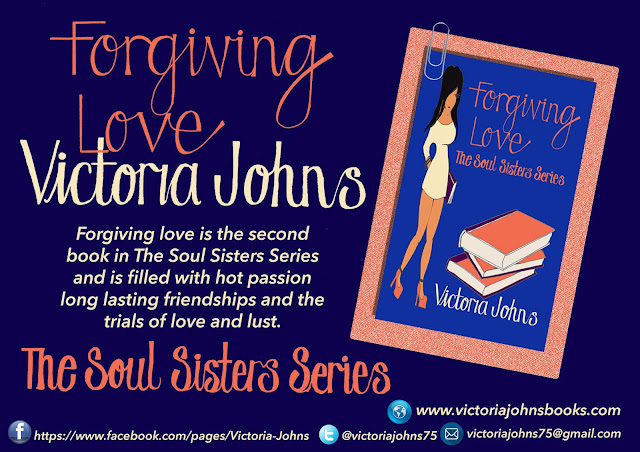 Amazon UK/Europe link | Amazon US link
Fostering Love Book Synopsis
Being “soul sisters” is a way of life for Dalton, Aneelia, Charlotte and Florence.
Growing up together means they’ve shared all of life’s major highs and lows and managed to survive with a friendship so strong that real blood sisters would be jealous of it.
Dalton Frobisher has loved the same guy since she was a teenager.
It’s just unfortunate that he doesn’t love her back, or rather, can’t.
Growing up around the person you believe should be yours is hard, seeing him with other girls is harder but watching him leave is torture.  It’s a constant state of grief because he’s still in your life and you can’t have him.
Life is full of regrets and not telling him how she felt was the biggest regret she had... so far.  Dalton wasn’t going to miss that opportunity the next time it came around.
She just didn’t expect the fallout to be so... life changing.
About the Author

Victoria Johns is a writer who enjoys sharing a happily ever after and believes that it’s every good girl’s dream to experience a steamy one.  Growing up in North West England in a large family surrounded by love and support, she found her Prince Charming many years ago and enjoys living the life they’ve made with their son.
She’s always had a creative imagination and decided that some of the stories bubbling in her head needed to be shared, so she’s created this pen name to give them their freedom to be loved by others.
When she’s not writing she’s overdosing on crisps, Rosé wine, trashy TV and raunchy reads.
Website | Facebook Page | Twitter: @victoriajohns75 | Email
Posted by Reese's Reviews at 1:00 AM