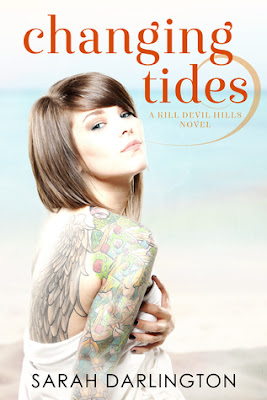 Blurb:
"Nate West. Hollywood bad-boy. Television megastar. Womanizer. Basically everything I hate about the male species rolled into one handsome package. And yet…I want him."

Ellie Turner is a lesbian. She has tattoos, short hair, and a ‘don’t-mess-with-me-attitude.’ She knows who she is, loves who she is, and couldn’t care less what the rest of the world thinks of her. And since she has the most kick-ass best friend on the planet, Noah Clark, even when family drama gets in the way, nothing can offset her happy-go-lucky demeanor.

Until television star Nate West comes along. All thick muscle and alpha-male testosterone. When Ellie meets him on an airplane the only thing Nate West should be good for is a brand new profile picture on Facebook. Right? Wrong. Turns out he’s good for so much more.

This man is going to flip everything Ellie thought she knew about herself upside down.

NA Romance. This novel is the second book in the Kill Devil Hills series, however it can be read as a standalone. Recommended for 18+ due to sexy scenes, explicit language, and adult themes.


Reese's Review:
I received an ARC of Changing Tides by Sarah Darlington for an honest review.

Sarah Darlington has done it again and created another masterpiece! Changing Tides wasn’t at all what I expected and I love how Sarah Darlington continues to wow me with her fresh stories and relatable characters.

We met Ellie in the first book Kill Devil Hill and now she’s gotten her own story. Ellie has never questioned her sexuality. She’s always been attracted to women, but when she meets Nate West one of her favorite actors on a plane there’s an attraction she’s never had before with any more or woman. Thinking she’d never see him again after the plane she works on trying to bring her family back together and runs into Nate again. After an amazing weekend together they go their separate ways and that’s when Nate decides it’s time to go get what he wants, and he wants Ellie. He makes extra plans to make sure he’s available and around to woo Ellie and prove she can be attracted to both him and woman.

Ellie is a great character. I love how she never lies to herself about who she is or what she’s feeling. I love her humor and she was just a great character to read about and to be inside her head. She definitely goes through a lot in this book, but I wasn’t surprised she came out even stronger than ever in the end.

Nate was a new character and totally swoon worthy book boyfriend material right from the start. He’s not conceited for rude or anything a lot of celebrities can be in books and real life. He’s very down to earth and I liked how he fell for Ellie both very fast and very slow.

Nate and Ellie are great together so I was happy to see how they ended up and I loved how we got that great cliffhanger for the next book and got to see how Noah and Georgina were doing since we last saw them.

Overall great book with all the feels. 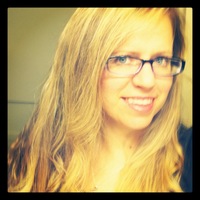 Sarah Darlington lives in Virginia with her husband and crazy-active 2-year-old son. She’s a former flight attendant, day-dreamer, traveler, wanderer, and wannabe photographer. Her biggest project (besides being super-mom, the perfect wife, and writing tons and tons of books) is her '50-state-project.'