THE GILDED CAGE by Lauren Smith 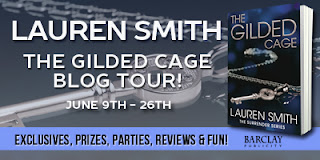 THE GILED CAGE by Lauren Smith is a dark and erotic story about a solitary bullrider who finds out he is the heir to a vast fortune and a family he never knew he had. Readers will be enthralled with the second installment in the Surrender series which is told in the vein of BARED TO YOU by Sylvia Day and SECRETS EXPOSED by Lisa Renee Jones.
Praise for the Surrender series:
"The Gilded Cuff is a dark, sensual tale that teases and tantalizes the senses. It's all about anticipation, seduction, and surrender. You will be every bit as enthralled with the story as Sophie is with Emery." - Give Me Books Blog
"From the very first page I was lost to the suspense, romance, thrills and chills of this intriguing story. In fact, I was so engrossed in the dramatic plot that I stayed up all night to finish the story. There was no way that I would be able to sleep without knowing how everything played out." - Sizzling Hot Books.com "If you love a great mystery with a giant dose of steam and a beautiful love story, you will swoon over this novel!" - The Reading Cafe


Follow the tour from June 9th – 26th! One grand prize winner will receive a $25 gift card for Amazon or B&N and two runner-ups will receive a signed, print copy of THE GILDED CUFF, book 1 in the Surrender series!
a Rafflecopter giveaway 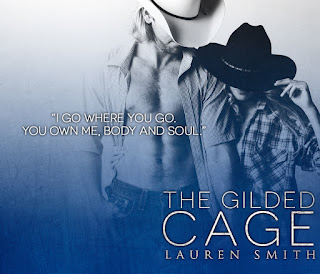 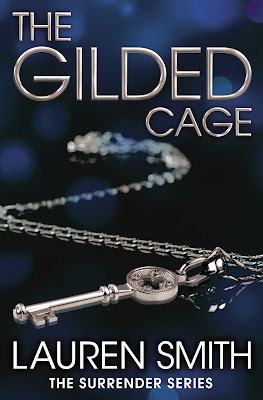 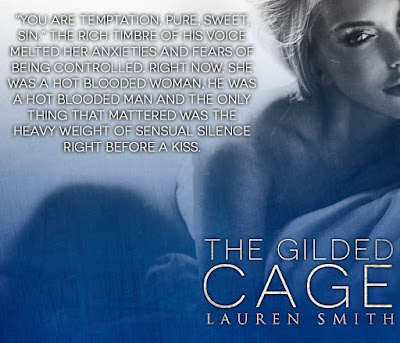 Reese's Review:
Oh my goodness this book is so freaking fabulous!!! This book was the absolute bomb!!!

Fenn Lockwood and his brother were kidnapped as children and he doesn’t remember. He’s built an entire life helping his friends on their farm and bull riding. Then Hayden Thorne comes into his life and tells him he’s not who he thinks he is, he has a family, a twin brother, and people are trying to kill him. Hayden went to find Fenn her brothers’ best friend so she won’t be seen as a child anymore. She didn’t expect to have a crazy attraction to him or for him to like her back. After being constantly rejected by Dom’s Hayden had given up on finding love until she meets Fenn.

The Gilded Cage was amazing! I hadn’t read anything by Lauren Smith before but I am now a die-hard fan. Her writing is simply impeccable it draws you in and won’t let you leave until the story is finished.

Hayden has been controlled her whole life by her parents. They want her to be a pampered stay at home wife with no aspirations other than shopping. Hayden wants to work though and she wants to not be seen as a child anymore so she goes and tries to get Fenn to come home. I love Hayden’s character so much. She’s strong, independent, and intelligent. She gets put in danger time and time again and comes out stronger. She does have some insecurity’s due to how others have treated her, but I love a character with flaws who can be amazing and kick butt despite those things.

Fenn is the perfect male. He is protective to a fault. When he finds out about who he supposedly is he denies it for a long time because seriously being stolen and taken care of by your captor is pretty messed up. Fenn is so sweet to Hayden and I love how protective and swoon worthy boyfriend material he gets towards her almost immediately. He’s a totally Dom with a thing for bondage and I love how he gets pushed by Hayden. Seriously Fenn is perfection in a cowboy outfit. Yum!!

I really enjoyed this book since it had the components of a story I love the most. Romance, suspense, hot guys, kick butt female characters, and hardcore action scenes. Seriously you’ll want to read this book.

While I didn’t’ read the first book first and I understood what was going on I would suggest reading the books in order.

Excerpt from The Gilded Cage:

Hayden Thorne’s heart was still pounding a little hard, her breath a little shallow, and her palms still hurt from scratches she’d received when she’d climbed over the rail to avoid death. Had she really jumped into an arena to challenge an angry bull? A little half-hysterical giggle escaped her as she collapsed onto the small twin bed in her cheap motel room in Walnut Springs, tugging her red dress down her thighs. Her hands still shook from the adrenaline.
Yeah, she had actually done it.
She’d saved Fenn Lockwood’s life. The missing boy in the pair of twins kidnapped at age eight, twenty –five years ago. Emery, the younger of the twins, had miraculously escaped, but never spoke of what might have befallen his brother Fenn. The world had assumed his silence meant Fenn was dead. How wrong they’d all been. He’d been here in Colorado all along, living as a rancher. He was alive. A fact that still shocked her and filled her with a sense of wonder and excitement. Bringing Fenn home could do so much—for him, for his family, for his brother. Fenn’s loss had devastated so many people, including her brother, Wes, who was Fenn and Emery’s childhood friend.
She reached down and tugged off her Jimmy Choo pumps. The black leather was badly scuffed. She’d have to get another pair soon. They were probably ruined by the crowd during the panic following the accident when the stupid bull had thrown Fenn like a sack of potatoes. Why couldn’t he just play polo like his twin? Why did he have to be a bull rider?
She let the shoes drop to the floor. She still couldn’t relax. She was too keyed up for anything else. What she wanted to do was find Fenn and tell him everything. She had tried to find him after she’d gotten out of the arena with the help of a couple of riders. They had enjoyed leering at her chest before she’d gone to find her heels. They’d even trailed after her, making all sorts of comments that would have made her blush if she hadn’t had other things on her mind.
Once she’d found her shoes, she’d asked around again for where Fenn had gone after he’d left the arena, and she’d been pointed toward the medical tent. By that point, it had been empty except for a polite middle-aged doctor who was busy packing up his supplies. A couple of giggles, a smile, and she’d earned decent directions to a place called The Broken Spur, a place where Fenn worked.
She slid her hand into the tiny, almost hidden pocket of her dress and touched the slip of paper she’d scribbled the directions to Fenn’s ranch on. Fenn’s residence at the ranch was not something she had shared with her older brother Wes. He could try to bully her into going home all he liked, or into staying out of the way, but she didn’t care. This was her mission and she wasn’t going to give up without a fight. She wanted everyone back home to take her seriously.
Being a daughter of one of the richest families on Long Island’s Gold Coast was not the perfect dream most people might think it would be. She was a bargaining tool, a pawn for her parents to gain political power and influence. She was marriage material, nothing more. She wanted to shake her parents up, get them to open their eyes and see that she wasn’t just a frilly dressed ninny, but a woman who could actually change the world. Bringing home the long-lost golden boy might just change their minds about her, and doing so would also make sure the people she cared about were finally safe. It wouldn’t be easy, either. Someone wanted to kill Fenn Lockwood and she would not only bring him home but save his life. Just like she’d done tonight—even though tonight she had not expected Fenn’s potential killer to be a damn bull. 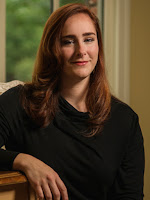 Amazon Best-Selling Author Lauren Smith is an attorney by day, author by night, who pens adventurous and edgy romance stories by the light of her smart phone flashlight app. She’s a native Oklahoman who lives with her three pets: a feisty chinchilla, sophisticated cat and dapper little schnauzer. She’s won multiple awards in several romance subgenres including being an Amazon.com Breakthrough Novel Award Quarter-Finalist and a Semi-Finalist for the Mary Wollstonecraft Shelley Award.