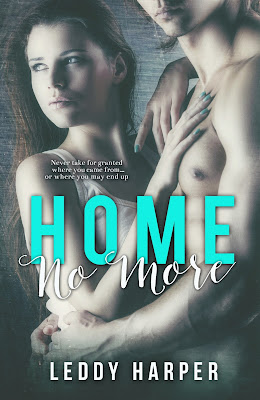 Never take for granted where you came from... or where you may end up.

SYNOPSIS:
My name is Kendall Carrington—or so I thought…

When 17-year-old Kendall gets pulled over during an impromptu joy ride, she not only discovers she is not the girl she thought she was, but neither is anyone else. Kidnapped when she was young, she is thrust back into a life she doesn’t remember. One where her name is Danielle Tucker and betrayal seems to be lurking around every corner. No longer able to decipher the truth from the lies, she enlists the help of blue-eyed hottie Lincoln Hunt on her quest for truth.

Will she come to terms with her new life? Or will she go running back to the only home she’s ever known?

Reese's Reviews:
I received a copy of Home No More for an honest review. Thank you!

I am honestly puzzled on my feelings for this book. I enjoyed the originality of the book the character growth and the overall pacing and writing were great. I had a huge issue with Danielle/Kendall. Her character was just…. I have no idea.

Kendall got pulled over one night and found out her name isn’t her name, her family isn’t her family, and her life isn’t her life. Kendall is moved back to live with her grandmother and is forced away from her boyfriend Billie. Now she’s trying to figure out her life; who she was with who everyone wants her to be and who her family is. Everyone is hiding things about who her mom and dad were and now Kendall/ Danielle has to find out who they were with her new friend Link.

Link is a real sweetheart. He is the ultimate boyfriend and honestly reminds me of my awesome man-candy. He becomes Kendall/ Danielle’s friend and later a lot more to help her out. He constantly helps her and does everything he possibly can to help her grow into a strong confident woman.

Danielle/Kendall starts off as a raging butt head. She’s cruel to everyone and blames people for all her problems and she’s just plain mean. While I wanted to think it was her harsh situation it shows throughout the book it’s just her. I like how she grew as a character but I just couldn’t bring myself to like her fully.

Overall this story was a lovely and amazing story of growth and love. 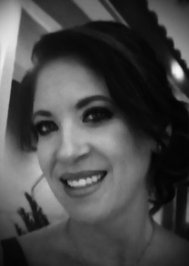 ABOUT THE AUTHOR
Leddy Harper had to use her imagination often as a child. She grew up the only girl in a house full of boys. At the age of fourteen, she decided to use that imagination and wrote her first book, and never stopped.

She often calls writing her therapy, using it as a way to deal with issues through the eyes of her characters.

She is now a mother of three girls, leaving her husband as the only man in a house full of females.

The decision to publish her first book was made as a way of showing her children to go after whatever it is they want to. Love what you do and do it well. Most importantly Leddy wanted to teach them what it means to overcome their fears. www.leddyharper.com