Review: The Future Without Hope by Nazarea Andrews 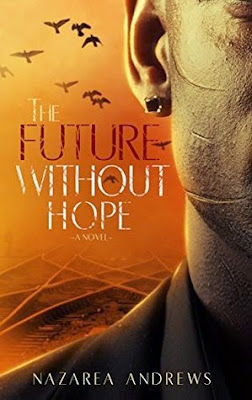 Blurb:
The highly anticipated third book in The World Without End series.
Separated from Finn, captive of the Order, Nurrin has no hope left. But she has survived twenty years of zombies--and she has the unshakable faith that Finn will find her.

But Finn is a long way away. The Order's influence runs deeper than was ever suspected, and politics are shifting--and zombies may not be the most dangerous thing she's facing.

Finn always thought the war stripped him of all he had to lose. But with Nurrin missing and doors closing in his face, he realizes there is always more for the world to take--and he will drag the remains of civilization down with him before he gives up on the only promise that matters.


Reese's Review:
Oh my goodness why would you end like that??? I honestly cannot get my mind off of this book or series. This book and series are just completely epic.

Nurrin has been kidnapped and is now set to be a sacrifice in years to come. They expect her to be grateful they haven’t killed her right away and that they’re feeding her, but Nurrin is a survivor and no matter what they throw at her she’ll survive.

Finn is taking the threat to Nurrin’s life seriously as he tries to find her. He decides he needs to take extreme measures and begins killing people to get the answers he needs. Now he has to team up with one of the most powerful men and the man Finn hates the most to get Nurrin back.

Oh my goodness so this book seriously just flew for me. I didn’t put it down at all. I swear one minute I’m at the beginning and then I’m reading one of the most cliffhanger endings in existence.

Nurrin goes through so much in this book it makes me sad. I won’t give too much away but I will say it’s disgustingly terrible and I can’t wait for the people who hurt her to pay.

Finn is his usual bad self, but he is also opening up to Nurrin about himself and to us as readers in his head. I like Finn a lot and I hope in the last installment he’s more open about everything about his past.

This series is great and while we didn’t get as much action with the zombies as before we get a lot of character development that we haven’t really seen in the other two books. Can’t wait for book four. 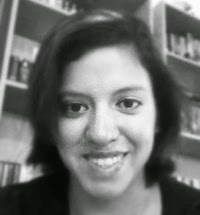