The Road That Leads to Home: The Sara Rhea Chronicles 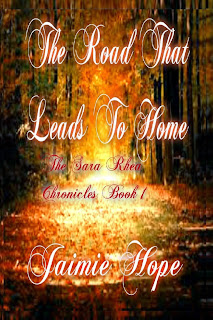 
Sara's life was going along peacefully until she got the early morning phone call that changed everything. Now she finds herself heading back where she began, home. Not only does she have to deal with a difficult older sister and helping to keep the family's inn afloat, Sara has to work alongside her high school sweetheart who still looks as gorgeous as ever and her feelings that she saw all this coming. Her dreams and nightmares seem to come true right before her eyes. It has to all be a coincidence, doesn't it?


#1
“He was with someone when I came home from college.”
“No, not really. He went out with her once. He wanted you to think he had someone since he told you he wouldn’t wait for you. He wanted you to be jealous. Guess it worked. He was crushed when you moved to Florida. He really thought you were going to stay, everyone did.”
“So did I. It just didn’t work out that way.” Reflectively she added, “It's funny how things turn out. When I was growing up, I didn’t think I’d ever leave this area. I never wanted to. Most kids I went to school with couldn’t wait to graduate so they could travel, but James and I just wanted to stay here.”
“What changed?”
“I thought when I came back I would take my place here at the inn, but when I got here, I found out there really wasn’t a place here for me anymore.”
“You’re a Rhea, you always have a place here.”
Goodreads Giveaway! 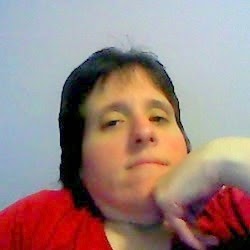 About the Author
Jaimie Hope was born November 3, 1976, in New York. It wasn't until high school, where she joined the newspaper staff, that she decided she wanted to be a writer. After graduation, the author went to college and received an Associate's degree in 1999. In 2002, she moved to Florida where she was an active volunteer in the local historical society and the Deltona Regional Library. In 2006, she moved back to New York where she released her first Children's book, The Adventures of Baby Jaimie. She followed it with a Young Adult novel, Bless The Broken Road. She also published her autobiography, Roll With It. She is planning to re-release book one of her New Adult Romance/Paranormal trilogy, The Sara Rhea Chronicles: The Road That Leads To Home and a new Children's Book series, along with releasing all her other self-published titles under her new publishing company, Back To Basics Publishing and Author Services in the fall of 2014.