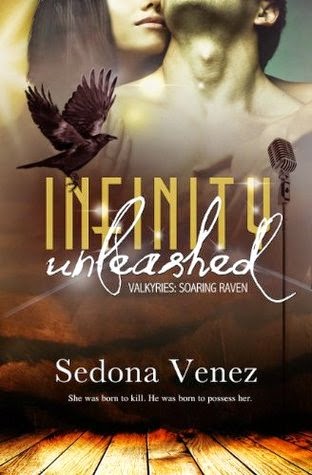 In a matter of minutes he had kidnapped me, stripping me of everything...money, family, and freedom. It was humbling, depressing, and damn infuriating but I refuse to go down without a fight. I refuse to be defeated.

Boulder will find me. I didn't know how, but I felt it deep in my soul.

That's where most men failed. Accepting the real me. But after years of hardening my heart, and sealing it behind a steel cage, I was ready to give myself to him freely. Knowing, that he planned to take everything I offered with both hands, until all I thought of...and wanted...was him…

*** This is a new adult paranormal novel and contains sexual content and graphic language. It is not intended for young adult readers. ***

Reese's Reviews:
Infinity has been kidnapped by her tiger shifting ex-brother Mason who’s drugged her so he can take her for his bride. Infinity now has no memory of the last couple days or the man she’s falling in love with. Now Infinity is waking up in the Tiger Shifter palace with no escape in sight. Boulder is looking for his mate Infinity and he’ll do anything to find her. When secrets about who Boulder and Infinity truly are come to light it’s about to become crazy.

I loved the first book in this series, but this one was a major disappointment. Infinity did nothing but whine and complain. I was also seriously irritated that after infinity learned everything the author decided to have a twist and made her forget everything. The whole story was interesting but drawn out for a little too long.

Boulder was probably the only good character in this book. He’s all Alpha male, loyal and sexy beyond belief. He takes real control and doesn’t whine about his lot in life, unlike some characters.

Honestly I enjoyed the story but not the main character Infinity. The fact that all she did was complain about every little thing and we had to relive her whole character development from the first story was absolutely annoying. I will definitely read the next book, but I hope the next book is a lot better.

This is a pseudonym for T.L. Clarke.

Sedona Venez is a romance junkie with a dirty mind. She lives in New York City with her hot ex-military (hooah) hubby and their furbaby. She loves writing hot, sexy, complex stories about strong but broken characters, pushing boundaries, overcoming their fears and risking it all for love.