Review: The unbecoming of Mara Dyer 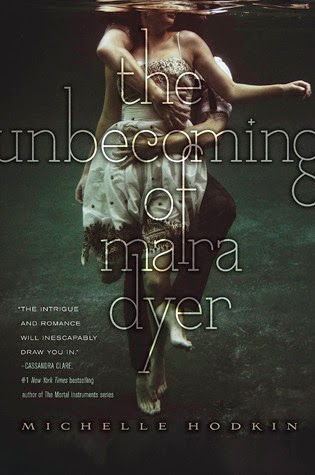 Blurb:
Mara Dyer believes life can't get any stranger than waking up in a hospital with no memory of how she got there.
It can.

She believes there must be more to the accident she can't remember that killed her friends and left her strangely unharmed.
There is.

She doesn't believe that after everything she's been through, she can fall in love.
She's wrong.


Reese's Review:
Mara Dyer thinks she’s insane. Her best friend and boyfriend were killed, Mara was the only survivor and she doesn’t know how it happened. She has no memory of that night. Now she’s at a new school trying to stay away from everyone, including her family. Mara isn’t like any character I’ve ever read about before. Her powers and story are like nothing I’ve ever known before. She’s not the strong character I usually love reading about. She has terribly scary powers that I still have no real idea about. The whole story was such a mystery as was Mara’s past.

Noah Shaw is the school hottie bad boy. He immediately takes interest in Mara, but she wants nothing to do with him. He’s not the player that we all think he is. Noah is actually a really sweet guy who tries to help Mara. Noah has secrets too and his might be the answer to Mara’s.

The Unbecoming of Mara Dyer was definitely nothing like I expected. I know this is a popular series so I was a tad iffy on whether or not to read this. I was glad I did and I can’t wait to read the next one. 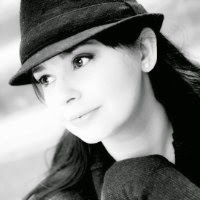 At the age of sixteen, Michelle Hodkin lost the rights to her soul in a poker game with pirates just south of Natchez. Shortly thereafter, she joined an acting troupe and traveled the world performing feats of wonder and mischief. She has been seen on stages nationwide and earned rave reviews for her one woman performance of Titus Andronicus before writing the New York Times bestselling Mara Dyer Trilogy. The Unbecoming of Mara Dyer and its sequel, The Evolution of Mara Dyer are available now, and the third book in the trilogy, The Retribution of Mara Dyer, hits shelves on November 4th, 2014. Michelle lives with her three rescued pets and may or may not be a reliable narrator of her own life.