Review: Isla and the Happily Ever After 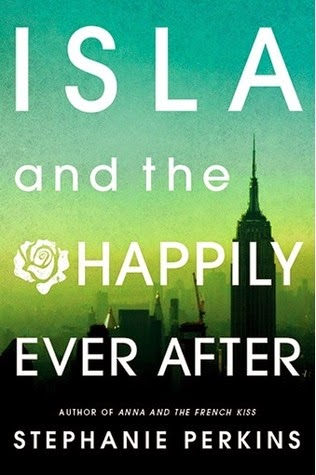 Isla and the Happily Ever After
Anna and the French Kiss #3
Hardcover, 352 pages
Published by Dutton
Release Date:August 14th 2014

Blurb:
Love ignites in the City That Never Sleeps, but can it last?

Hopeless romantic Isla has had a crush on introspective cartoonist Josh since their first year at the School of America in Paris. And after a chance encounter in Manhattan over the summer, romance might be closer than Isla imagined. But as they begin their senior year back in France, Isla and Josh are forced to confront the challenges every young couple must face, including family drama, uncertainty about their college futures, and the very real possibility of being apart.

Featuring cameos from fan-favorites Anna, Étienne, Lola, and Cricket, this sweet and sexy story of true love—set against the stunning backdrops of New York City, Paris, and Barcelona—is a swoonworthy conclusion to Stephanie Perkins’s beloved series.

Isla has been in love with Josh from her first semester. She’s the middle child and living far away from home in Paris. Isla is the perfect honor roll student who has never broken the rules. I wish I would have liked Isla. I did enjoy much like in all of Stephanie Perkins books that the characters are realistic with flaws and real personalities. Isla was insecure and scared about who she was throughout the story and tries to overcome that which I love since I love characters that grow.

Josh has uncaring controlling political parents. Everyone expects nothing from him and so he gives everyone nothing. He skips school and just tries to enjoy as much life as possible. He travels all over the world and draws, creating a comic book of his life.

Isla and Josh were an interesting couple. Both of them are insecure and have issues, but they’re cute together. They traveled together and became better characters for it. They both encounter issues, but it becomes obvious they’re better off together.

All of our amazing characters from past books made their way into this book which made this story all the better.

I honestly wanted to like this story but I felt it really fell short after comparing it to the rest of the series. Isla’s character wasn’t as great nor was this story as compared, which was disappointing. 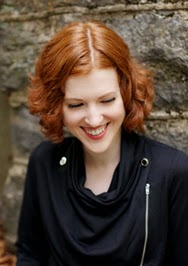 Hi, there! I'm Stephanie Perkins, and I'm the New York Times and international bestselling author of Anna and the French Kiss, Lola and the Boy Next Door, and Isla and the Happily Ever After, as well as the editor of the romantic holiday anthology My True Love Gave to Me. I was born in South Carolina, raised in Arizona, attended universities in San Francisco and Atlanta, and now I live in the mountains of Asheville, North Carolina.

My best friend is my husband Jarrod. Our house is almost a hundred years old, and every room is painted a different color of the rainbow. We share it with a cat named Mr. Tumnus.

I've always worked with books—first as a bookseller, then as a librarian, and now as a novelist. On weekdays, you'll find me at my desk, typing away, downing cups of coffee and tea. On the weekend, you'll find me at the movies, waiting for the actors to kiss. I believe all novels and films should have more kissing.