Review: Art of Claiming an Alpha #1-3 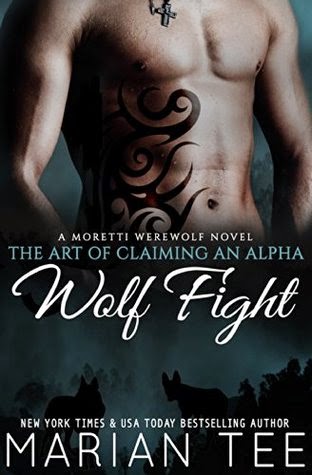 Blurb:
Wolf Fight: A Moretti Werewolf Novel (The Art of Claiming an Alpha #1) by Marian Tee

Calys Adelardi, the princess also known as "the human monster", may only be alpha if she can find a strong, kind warrior to champion her cause. She’s determined to marry for the good of her pack, but meeting a playboy werewolf prince makes Calys think twice about her noble priorities.

His name is Alejandro Moretti. He’s the strongest shifter she’s ever met, but he seems prouder of his skills in bed than in battle. When he tells her he’d be her Cavaliere, Calys is overjoyed…until she finds out his offer comes with a price. For every instance he does his duty, Alejandro expects Calys to pay it in his bed, whenever and wherever he wants.

Reese's Review:
Calys loves to fight. A human raised by shifters she is to take over her pride when her father dies. When a fight leads to unfortunate boob pain Calys meets Alejandro Moretti, The Masked Wolf, her superhero.

Calys is looking for a Champion, someone who will be her equal in every way and who would be good for the pack. Sadly because she has the reputation as the Human Monster it's hard for her to find anyone who is willing to go near her.

Alejandro wants Calys like he's never wanted anymore before so he agrees to be her Champion, but not her consort. When an argument goes off between them he maker her his private slave.

I honestly enjoyed this book a whole lot. I was disappointed it was so short, but what can you do? Calys is amazing. She's strong, smart and a total nerd. Alejandro is swoon worthy but a total dick at times. He mostly acts like he wants Calys' body but there's definitely more to him that I can't wait to find out about in the next book.

Alejandro stopped biting my nipple. He raised his head and asked, “Did you just quote Spiderman to me?” 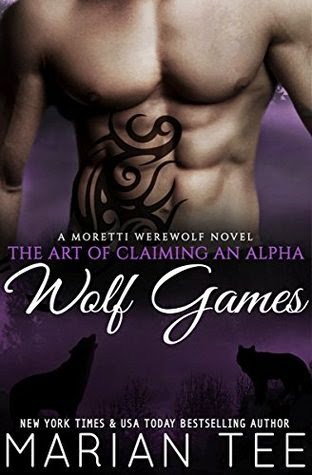 Blurb:
In public, the werewolf prince is my bodyguard. But in private, I'm his slave.

Calys Adelardi has made two promises for the good of her pack. One is to marry Pasquale, a boring but well-respected panther prince. Second is to follow everything her bodyguard says in the bedroom. The werewolf prince may be a notorious playboy, but he's also the fiercest fighter she knows. In truth, her bodyguard would have also made great husband material - if only he didn't hate her so much.

Alejandro Moretti is determined not to fall in love with Calys, the princess also known as the "human monster". But then a serious threat to her life emerges, and Alejandro realizes he has to make a decision once and for all: give in to his feelings…or turn his back on Calys to protect his heart.


Reese's Review:
Calys is engaged to Pasquale Hernandez a Panther shifter. She did this for the good of the pack but she does not like him in any way. With Alejandro still upset at her Calys must do everything she can to protect her pack. Except people are after her, a traitor in her own pack. Calys doesn't know what to do except hope Alejandro will protect her and hopefully forgive her.

Alejandro doesn't want to be in love, but he is slowly falling for Calys. He's jealous and angry with her and doesn't want to feel anything for her. So time and time again he hurts her.

WOW! This series just keeps getting better and better.

I looved Alejandro's jealousy when other men would even look in her direction. Can you say hot? Seriously he does everything he can to protect her and when she gets hurt? Man oh man get goes ape shit crazy.

Calys is falling in love with Alejandro. She is jealous but very open about her feelings to him. She really gets her heart thrown back at her in this one. I wanted to cry with her when she cried.

Not as much action in this story than the first one but I am excited to see what happens in the next and final installment. 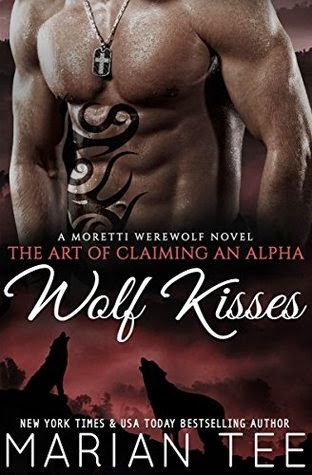 
Blurb:
Werewolf prince Alejandro Moretti used to be my bodyguard. But now I know I have to let him go. While he’s able to protect my life, he’s also the one breaking my heart.

Calys Adelardi has found out she’s not really a human monster. And she may not be a pack princess for long, not when the Panthera suspects her of being a murderess.

Alejandro Moretti once thought love was foolish and unreal. But when Calys decides to leave his life for good, he’s forced to confront his fears. Can he find the courage to risk his heart…and if he does, will it be too late to win his princess back?

Reese's Review:
Ah the conclusion to this trilogy was awesome. Alejandro and Calys have broken things off and Alejandro is finally realizing how he feels about her. Then an all out war breaks out and Calys tries to kill everyone. It's fantastic.

Calys goes full monster mode in this book which is perfect. I love her going all dark side and kicking butt, not that she can't do that normally. Anyway I think Calys really comes into her own in this conclusion story and I can't wait to find out what happens with these characters later on.'

We get to read a lot more from Alejandro's perspective in this book which I loved. He's still kind of a dick but it's just his way of showing how much he cares. He would do anything for Cayls and it shows throughout this entire book. He takes jealousy and ownership to a whole new level in this conclusion story.

“Your Majesty, I have an enormous dilemma…” Her phone beeped as the panther went on to explain his situation. The message was from Alejandro. Whatever it was, it won’t be as enormous as my cock.

Best line ever! I almost died from laughter after I read that. 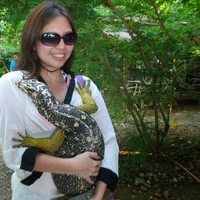 Hi! I love talking about books as much as the next bibliophile - doesn't matter whose books - so feel free to chat with me here. :)