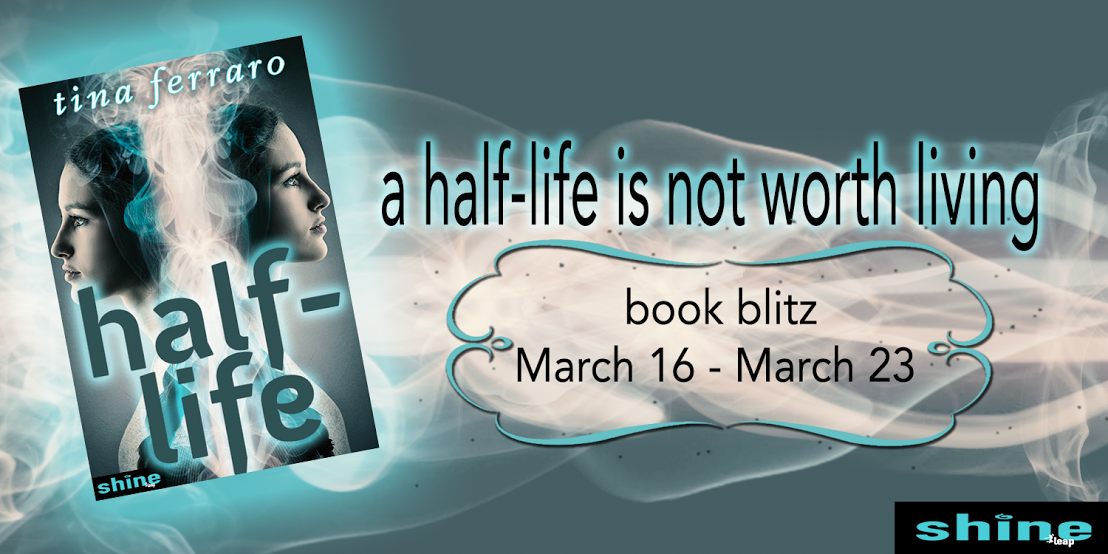 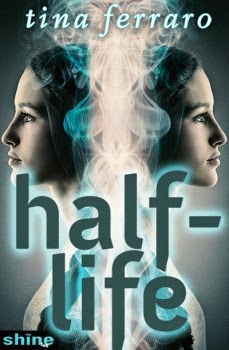 Title: Half-Life
Author: Tina Ferraro
Publisher: Leap Books
Description: Half a life is not worth living.

Probably not a good idea to take advice from your dead twin sister. High school sophomore Trisha Traynor and friends have played the Halloween mirror game for years, the one that’s supposed to show a glimpse of the guy they’ll marry. But no one’s ever seen anything.

Until tonight—when Trisha is gob smacked by the candlelit arrival of her long-deceased twin sister, instead of her crush, Kirk Maxwell.

In a voice and vision that only Trisha can hear and see, Chessie claims to be back on a compassionate journey. Trisha fears she's gone nuthouse crazy. But she nonetheless follows the instructions Chessie outlines in their nightly conversations, until she finds herself stepping across some ethical lines, and probably ending all chances with Kirk.

When a sisterly showdown ensues, resulting in the shattering of the mirror, Chessie’s gone again, and a heartsick Trisha sets about righting her recent wrongs. That is, until she stumbles upon the real reason Chessie had come back and the most important glimpse yet that the mirror could never predict. 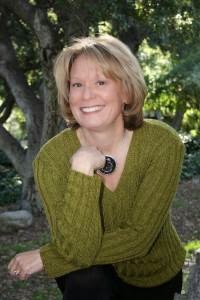 Author Bio:  Tina Ferraro been writing since she learned to hold a pencil, and sold upwards of a hundred short stories to national magazines before turning to novels. She is the author of three Random House novels, The ABC’s of Kissing Boys, How to Hook a Hottie and Top Ten Uses for an Unworn Prom Dress, which have received distinctions such as the ABA Book Sense Award and two RITA nominations.
Her fourth YA, The Starter Boyfriend, has spent time on Amazon’s Top 100 Lists. She lives in Los Angeles with her rocket scientist husband, two cats and whichever of their three young adult children is in town. When not writing, she enjoys playing Facebook Scrabble, swimming, and chasing coyotes out of her neighborhood.
Twitter
Facebook
Website

Blurb: “Look, I don’t like you threatening me. I don’t like that I can’t tell Mom about you. I don’t like a lot of stuff right now.” When my ghost of a sister didn’t respond, my voice went into a full-tilt tremble. “So you can take your I-know-everything attitude and just shove it!”

I slammed the mirror closed, half-thinking we both needed to cool down, that we’d talk again. Tomorrow night. Or maybe the next.

Then the reality of what I might have done – permanently ending our conversations – crashed in on me. I pitched the compact across the room. It smashed against a drawer and fell in a quieter ka-plunk upon the carpet. 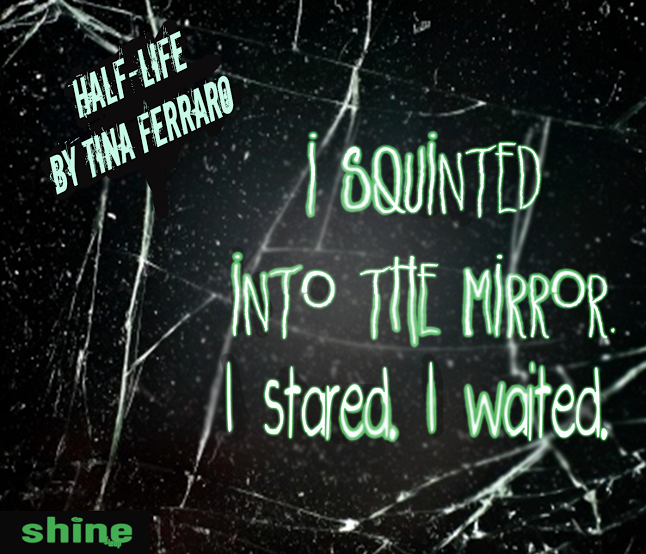 Others on the Blitz:
March 16th
Word to Dreams http://wordtodreams.blogspot.com/
A Little Bit of R&R http://alittlebitofrnr.com/
Twinning for Books http://twinningfortwins.wordpress.com