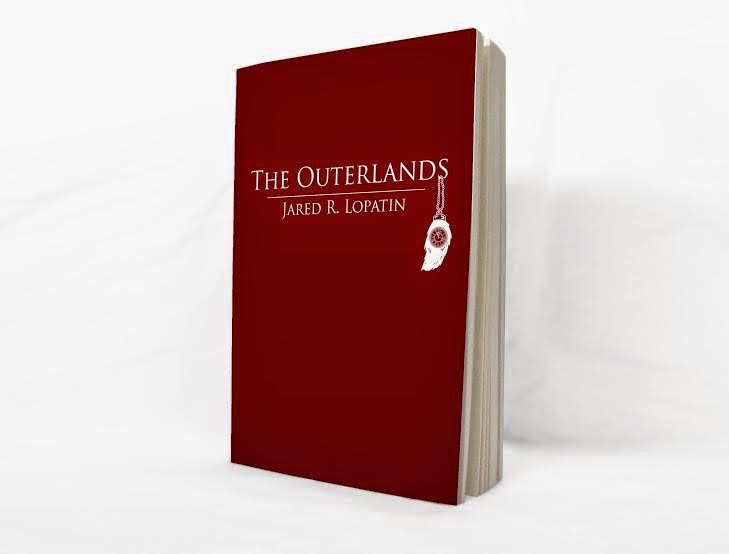 We all loved Alice in Wonderland.

In THE OUTERLANDS, a YA novel by Jared R. Lopatin, Wonderland gets a twist.

It's intense and utterly whimsical!

Take a look at the gorgeous cover below. It's designed by the awesome Kathryn Allen Ferguson & Aaron Schaff. About THE OUTERLANDS:
Alex didn’t want to die, but he just couldn’t take it anymore. Dwight’s pills seemed to promise escape… and escape is exactly what he gets. He ends up in a world reminiscent of his childhood Wonderland, but nothing is as it was in Alice’s day. The Outerlands are a twisted version of his favorite story, with strange characters and unnatural dangers. Before he can get used to his new home, it’s threatened by an outside force. Will Alex ever find a place where he feels safe?

Don’t forget to add the book to your TBR pile on Goodreads!

Originally from Philadelphia, Pennsylvania, Jared fell in love with stories at a very young age. This love led him to major in English and Theatre, a decision that brought him many adventures, such as performing in Footloose, Cats, and West Side Story.

His first full novel, Rising Sign, was started backstage during a production of South Pacific in Indiana. Five years later, his debut novel was complete and he headed back to school for his Masters in Special Education. By the time he graduated, he had written the following two books in the trilogy, Ruling House and Returning Planet. He used his school experiences as a base for his standalone novel, Let's Play It By Ear. His newest novels, The Outerlands and The Good Witch are slated for release in 2015.

Jared currently lives in New York City with his cats, Benedick and Beatrice. He works during the day as a high school English teacher and theatre director at a Deaf school.