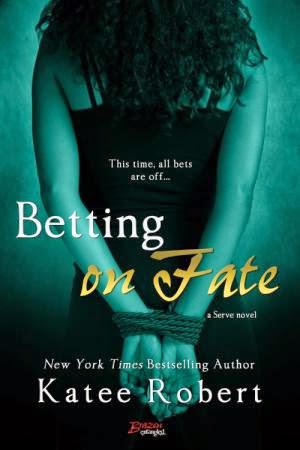 Blurb:
This time, all bets are off...

Penelope Carson loves to steal clients from Will Reaver. Yet something in her business nemesis's icy blue eyes makes Penelope...nervous. It certainly doesn't help that the man is the living embodiment of a Norse god. A controlled, powerful Norse god. Which she really should have remembered before she made a bet with him—because losing means becoming Will's personal submissive for a week.

There's nothing Will would like more than to have Penelope kneeling before him in complicit submission, her fiery dark eyes inviting him in. Challenging him. But their bet takes Will and Penelope deeper than either of them have ever been. Where control is an illusion, and boundaries are pushed aside. And where hearts become the stakes in a game that neither Dominant nor submissive can win..

Penelope and Will are rivals in the real-estate business. They both drive each other crazy trying to outdo each other. With a business deal in offered between them Penelope and Will make a bet, whoever gets the deal has to submit to the other for a week. Now while I don’t want to give spoilers I will say since it’s in the first chapter or two that Penelope loses and has to submit to Will. This is where things get interesting since while they’re just trying to settle a bet it turns into so much more.

I enjoyed this story a lot. Penelope is a flawed character who tries to please everyone but herself because of who her father was. She is a switch so a Dom and a sub which I haven’t read a lot about before so it was interesting to see. When her relationship with Will becomes more real than she ever thought it would, I liked how she didn’t spend a lot of the book denying her feelings. Penelope is definitely a strong independent woman who has made a successful career for herself and who stands up for what she believes in. When her and Will get into an argument she gets real and tells him what’s what which I found endearing and so true to her character.

Will is a control freak, which isn’t all that surprising that he turned out to be a Dom. He comes across as a bit cold, but since we get to read his pov it shows he’s really not all that harsh. His relationship with Penelope has always been professional, but when she begins to sub for him he loses all sense of control. He sometimes takes things too far with Penelope which causes some issues as well as when he gets scared and pushes her away. I have to say Will seems to have had more character development than Penelope, if only because throughout the book he would deny his feels and take things too far where as Penelope tried to stay level headed throughout the book. In the end Will was a much more likeable character when he’s with Penelope, he’s less cold and more carefree which made reading about his character all the more enjoyable.

Betting on Fate was a sizzling hot read. I love Brazen books and Katee Roberts is a fantastic author. Will and Penelope’s relationship was definitely non-traditional which I really liked. I can’t wait for the installment of this series. Betting on Fate opened up about the fact that work and relationships need to have a balance to work and I enjoyed reading about how both characters struggled and worked their way through this.

I would definitely recommend this book to older readers who enjoy BDMS and romance stories. It’s mature in content and language and has definite panty melting moments. Enjoy!

I received a copy of Betting on Fate for an honest review. Receiving this book for free did not influence my review. 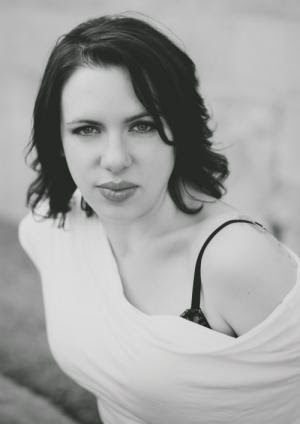 Katee Robert learned to tell stories at her grandpa’s knee. Her favorites then were the rather epic adventures of The Three Bears, but at age twelve she discovered romance novels and never looked back.

Though she dabbled in writing, life got in the way—as it often does—and she spent a few years traveling, living in both Philadelphia and Germany. In between traveling and raising her two wee ones, she had the crazy idea that she’d like to write a book and try to get published.

Her first novel was an epic fantasy that, God willing, will never see the light of day. From there, she dabbled in YA and horror, before finally finding speculative romance. Because, really, who wouldn’t want to write entire books about the smoking-hot relationships between two people?

She now spends her time—when not lost in Far Reach worlds—playing imaginary games with her wee ones, writing, ogling men, and planning for the inevitable zombie apocalypse.