The most internationally anticipated religious suspense-thriller since Dan Brown’s Angels & Demons and The Da Vinci Code, WR.PARK’s The Franciscan is now available for sale on Amazon, Barnes & Noble, and CreateSpace. Written 14 years ago, The Franciscan eerily forebodes current events in the Vatican predicting the coming of the current Pope Francis and proves to be a timely novel more than a decade after it was penned. This is the first book in The Franciscan Trilogy. 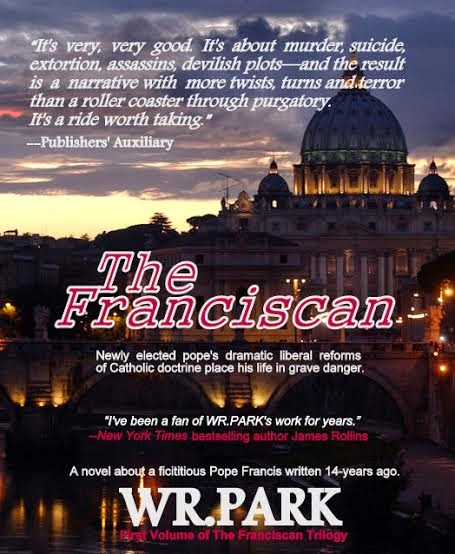 Synopsis:
“The pope is not infallible.” When the newly elected Pope Francis utters this bold and unprecedented statement, he captures the attention of the world’s population. His reforms leave no corner untouched as he strips away the mask so long held before the face of the papacy. Bringing with him and open-minded candor rarely seen by public figures – he’s an inspiration to his followers – and a threat to those who oppose him.

“When I penned this novel about a fictitious Pope Francis fourteen years ago, I never envisioned that a future pope would select the name, Pope Francis I. This novel’s Pope Francis is a bold and courageous pope whose sweeping reforms reversing ancient Vatican edicts place his life in grave danger. The world can only hope and pray that today’s Pope Francis, as bold as he is, will be fruitful in his endeavors and have a lengthy and healthy reign,” said WR.PARK.

Praise for The Franciscan:

“The Franciscan featuring the first Pope Francis is about murder, suicide, extortion, assassins, devilish plots with a narrative with more twists and turns than a ride through purgatory.” – Publisher’s Auxiliary

“Unexpectedly thrust upon the throne of St. Peter by dark forces within the Vatican, this pope is trying to institute a radical agenda of change while contending with assassination attempts and political intrigue… and then things get really exciting.” – The Leaven Catholic Newspaper

“The Franciscan is a fascinating tale and has great general appeal. Readers who like intrigue and mystery in a colorful historical setting will enjoy [WR.PARK’s] effort and will certainly look forward to his subsequent offering.” – The Sun Newspaper

“Every now and then a book I’m asked to read and write about pleasantly surprises me. The Franciscan is a case point. It’s an intriguing read – weaving together two fascinating tales. It kept me interested up to and including the end.” – Northwest Florida Daily News 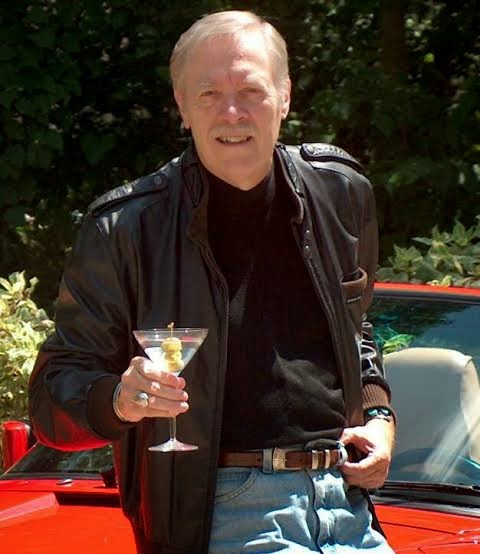 Author, columnist, teacher, lecturer, past president of three advertising agencies, William R. Park, Sr. is nationally known and respected in the advertising and literary worlds—and a Member of International Thriller Writers, Inc. His past works include: The Talking Stones, Overlay, Fatal Incision, plus ten others, each backed by glowing praise from numerous bestselling authors.

WR.PARK currently resides in the Kansas City area with his wife Genie. To learn more, and read what bestselling authors said about his body of work, visit: http://www.wrparkpublishinggroup.com/