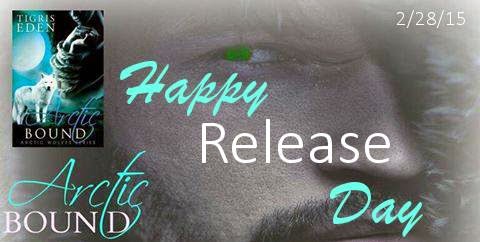 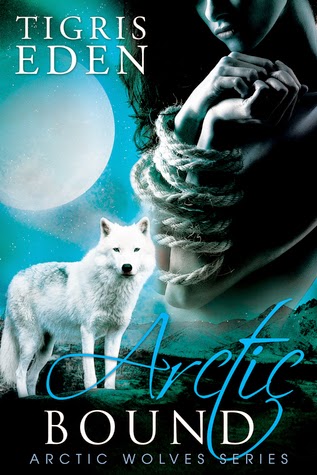 Blurb:
There are secrets in even the smallest of towns...
Nerina Simpson fled the streets of New York City, hoping to find solace outside the small town of Talkeetna, Alaska. Physically scarred from a fire that claimed both her parents, Nerina keeps to herself while she tries to put the darkness of her life behind her.
When a winter storm forces her into town, she collides with Victor Canidae. An arrogant man who makes it no secret that he and everyone else in the town want her to leave.

Headstrong, and refusing to back down, Nerina finds herself in trouble when her two, four legged companions get lost in a storm, landing her in the path of an angry bear hell bent on taking her life. Until a mysterious white wolf comes to her rescue.

When she wakes up in a warm cave, the last person she expected to see is Victor. Stuck in a cave until the storm passes the two decide there is only one way to pass the time, and quickly when you’re getting physical.

I received an ARC of Arctic Bound and it’s definitely one of those books where getting an ARC is a blessing and a curse. I was so excited to get an ARC and read Tigris Eden’s new book early, and then I finished and all I could think was “now I have to wait longer than everyone else for the next one.” Sad I know, but I know the wait will be worth it.

Nerina is in hiding. Having escaped New York after the fire that killed her parent she’s hiding from the people she once called family. Burned and injured Nerina hides out in a small town in Alaska. All Nerina wants is a private life and that’s what she got until she meets Victor. The two butt heads instantly and Victor knows she’s hiding something.

Victor and his pack have formed a life up in the mountains secluded from humans and Hunters. Victor is soon to be Alpha and with is comes all kinds of responsibilities, like marrying Sasha. While he knows his duty he wants Nerina, and so does his warrior.

Arctic Bound was definitely not what I expected at all. I don’t want to give too much away so I kept what happens in the story at its minimum. Arctic Bound is definitely one of my favorite books this year. I cannot wait for more. Acrtic Bound has the supernatural with all diferent kinds of lore involved. We have Egyptian lore combined with Ancient Greek mythology. Seriously it can’t get better than this.

Nerina was a completely badass character. I loved her right from the start. Even though she’s injured she never lets it slow her down. She works hard to be independent and keep her strength up. Her personality is just amazing too. She’s straight up with everyone about who she is. She doesn’t back down and she goes after what she wants. Honestly Nerina is my absolute favorite type of character. She grows throughout the story, but is strong beginning to end.

Victor is a dick at the beginning of this book but explains is in a way where it would be understandable in the animal kingdom. Weakness isn’t tolerated in the animal kingdom which is why at first he doesn’t “like” Nerina. Victor is all Alpha male (in every sense of the word) and while he is a sexy and lickable character I liked that his character is the one that grew the most.

Arctic Bound was action packed. I enjoyed the fight scenes and that things blew up and or course how our two amazing main characters kicked major bootay. The sexy scenes where Nerina was BOUND he-he get the name now? No? Okay then anyway bondage was a huge part of Victors and the wolves’ lifestyle which was a definite surprise. You are going to need a fan for this one peeps.

Honestly there were so many twists and turns and the surprise that happens near the end, which changes the entire way I looked at the story and characters before was a huge mind blowing moment. I was definitely kept on my toes and am desperate for more of this series.

I love Tigris Eden as an author and here’s why. She puts everything I want in a book without it being too much. I am a huge fan of adding diversity into books and Tigris delivers. Nerina is biracial which is so freaking cool since I rarely ever read about biracial characters. Her female characters sometimes come across as weak, but in the end they take the most hits and keep getting back up to kick butt. She adds humor, action and has realistic characters in a fantasy world that you wish was real. She never overwrites because I loathe endless amounts of description and everything in the book comes across as natural. Tigris is definitely fantastic, so if you haven’t picked up her books yet, you should seriously start.

Golden bat: better than a 5 bat! It's like a perfect with extra credit. 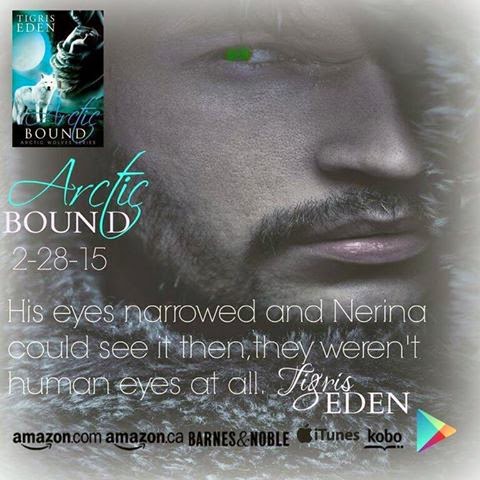 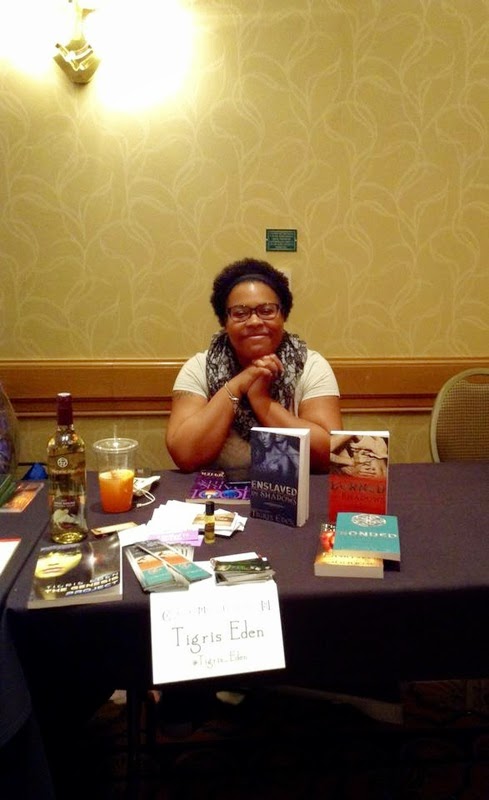