A Memory of Violets Blog Tour

From the author of the USA Today bestseller The Girl Who Came Home comes an unforgettable historical novel that tells the story of two little sisters - orphaned flower sellers - and the young woman who will be transformed by their experiences. 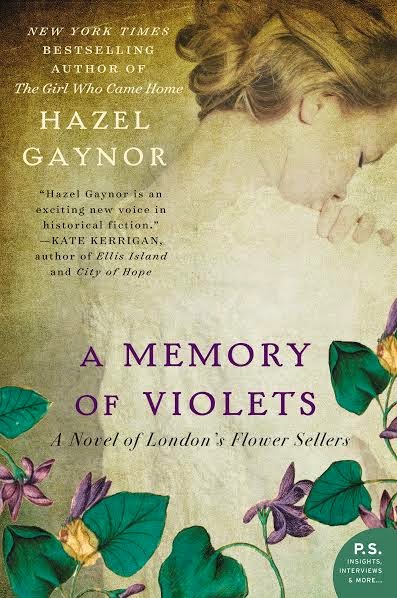 ‘For Little Sister … I will never stop looking for you.’
1876. Among the filth and depravity of Covent Garden’s flower markets, orphaned Irish sisters Flora and Rosie Flynn sell posies of violets and watercress to survive. It is a pitiful existence, made bearable only by the presence of each other. When they become separated, the decision of a desperate woman sets their lives on very different paths.
1912. Twenty-one-year-old Tilly Harper leaves the peace and beauty of her native Lake District for London, to become assistant housemother at Mr. Shaw’s Home for Watercress and Flower Girls. For years, the home has cared for London’s orphaned and crippled flower girls, taking them off the streets. For Tilly, the appointment is a fresh start; a chance to leave her troubled past behind.
Soon after she arrives, Tilly discovers a notebook belonging to Flora Flynn. Hidden between the pages she finds dried flowers and a heartbreaking tale of loss and separation as Flora’s entries reveal how she never stopped looking for her sister.  Tilly sets out to discover what happened to Rosie. But the search will not be easy. Full of twists and surprises, it leads the caring and determined young woman into unexpected places, including the depths of her own heart.
Author Bio is within the email


Please use these buy links: Amazon / B&N / IndieBound and the cover

Introducing….New York Times Bestselling Author Hazel Gaynor
I sometimes describe myself as one part writer, two parts mum and I think this is a pretty accurate description! Life as a writer with two young boys is certainly busy, and far from the idyllic image people might have of a place of calm and serenity to channel my writing muse! Writing happens when the kids are at school and in snatched moments between playdates and rugby training and cooking the dinner. It’s busy, messy and, at times, chaotic – but it’s also wonderful and I wouldn’t swap it for the world.
I started writing in 2009, following redundancy when I was in my late 30’s. From my fledgling experience as a parenting blogger, to freelancing for the local press and eventually starting the novel I’d been talking about for years, my route to publication has been far from straightforward. But all the ups and downs, the pain of rejections, the nerves as the book eventually goes out into the world have all been so worth it. To finally see my books in the hands of readers is very special indeed. It just goes to show that you should never give up, and that it is never too late to start.
It was sometime in 2010 when I first started to scribble notes and ideas for a novel based around the lives of London’s flower sellers at the turn of the century. That novel would eventually become A MEMORY OF VIOLETS. I’d loved Pygmalion and My Fair Lady since playing the role of Eliza Doolittle in the school musical (of which there is, unfortunately, video evidence!) I wanted to understand more about the real Elizas – the young women who sold flowers and watercress on the streets of Victorian and Edwardian-era London.
During my research, I was surprised to learn that many of the youngest flower sellers were orphaned, blind or physically disabled in some way. I also discovered the work of Victorian philanthropist, John Groom, who gave many of these young girls and women a home at his ‘crippleage’ where he taught them how to make artificial flowers and took them off the streets. Their work became widely known in London, and eventually led to their involvement in the very first Queen Alexandra Rose Day in June 1912. But it was when I read Henry Mayhew’s, London Labour & The London Poor, in which he records detailed interviews with London’s street sellers from the late 1800s, that I came across an account of two orphaned watercress sellers. I knew immediately that I had found my story and that I wanted to combine the idea of two orphaned sisters with the work of John Groom and his Flower Homes.
Since my debut novel, THE GIRL WHO CAME HOME, was published in April 2014, I’ve been blown away by the reaction of readers. I love receiving messages through my website and am always very touched when readers take the time to contact me and share their response to my characters. To have watched the novel go from being self-published, to a fully-fledged book published across the USA and to then hit the New York Times bestsellers on three occasions has been simply amazing, and I’m so very grateful to all the readers who made this happen.
I am now very excited to be publishing my second novel A MEMORY OF VIOLETS and can’t wait to see what this next chapter of my writing life will bring. 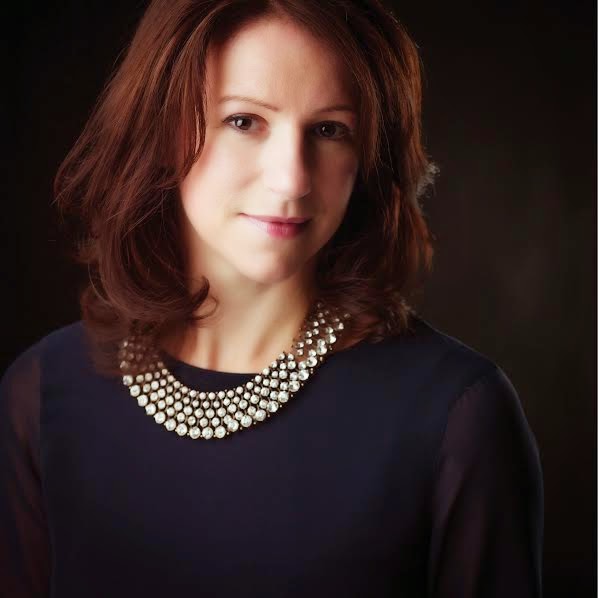 HAZEL GAYNOR AUTHOR BIO
Hazel Gaynor’s 2014 debut novel THE GIRL WHO CAME HOME – A Novel of the Titanic was a New York Times and USA Today bestseller. A MEMORY OF VIOLETS is her second novel.

Hazel writes a popular guest blog ‘Carry on Writing’ for national Irish writing website writing.ie and contributes regular feature articles for the site, interviewing authors such as Philippa Gregory, Sebastian Faulks, Cheryl Strayed, Rachel Joyce and Jo Baker, among others.
Hazel was the recipient of the 2012 Cecil Day Lewis award for Emerging Writers and was selected by Library Journal as one of Ten Big Breakout Authors for 2015. She appeared as a guest speaker at the Romantic Novelists’ Association and Historical Novel Society annual conferences in 2014.
Originally from Yorkshire, England, Hazel now lives in Ireland with her husband and two children.
For more information, visit Hazel’s website at http://www.hazelgaynor.com/ or Facebook page https://www.facebook.com/hazelgaynorbooks or follow her on Twitter @HazelGaynor