We are super excited to celebrate the release of Lisa Voisin's THE ANGEL KILLER, the second book in The Watcher Saga, with an awesome excerpt from the book and a giveaway!

And if you haven't yet heard about this exciting series, there's also some information on the first book, THE WATCHER, along with its book trailer, a bit further down in this post.

First up, here's some information about THE ANGEL KILLER. 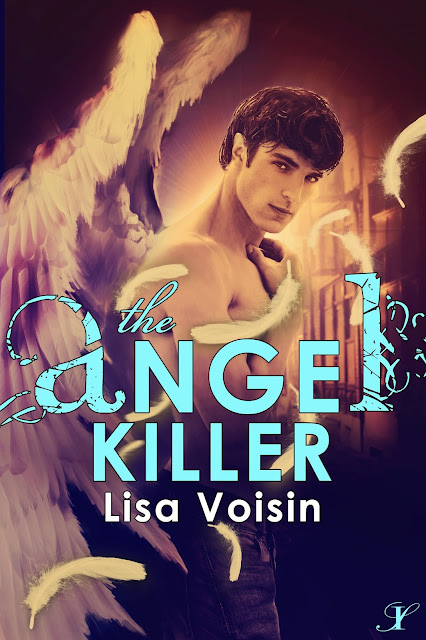 Description
Now that she’s found him again, all Mia Crawford wants is some downtime with her fallen angel boyfriend, Michael. But the call of duty keeps him away—from school and from her—with more demons to smite than ever.

When Michael is mortally wounded by a cursed sword, Mia must perform an ancient blood ritual to save him. But the spell exacts a price. Haunted by visions of war, torture, and despair, Mia discovers the world is in more danger than she ever imagined. Behind the scenes, an evil adversary pulls all the strings.

After redemption, there’s Hell to pay. 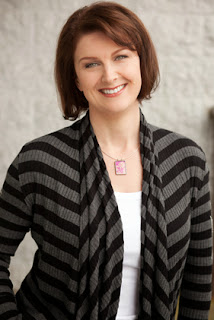 About Lisa Voisin
A Canadian-born author, Lisa Voisin spent her childhood daydreaming and making up stories, but it was her love of reading and writing in her teens that drew her to Young Adult fiction.

Lisa is also a technical writer, a meditation teacher, and the leader of the Young Writer’s Club, a local writing group for teens in her home town. A self-proclaimed coffee lover, she can usually be found writing in a local café. When she's not writing, you'll find her meditating or hiking in the mountains to counteract the side effects of drinking too much caffeine!

Though she’s lived in several cities across Canada, she currently lives in Vancouver, B.C. with her fiancé and their two cats.


The Excerpt
I found Michael waiting on the stone path outside his basement suite. He greeted me with a brush of his lips, lacing his fingers through mine, and led me into a large back yard, bordered by evergreens. The center of the soft, moist grass featured a rocky pond, complete with a trickling stone fountain and two Adirondack chairs. Though the yard was well kept, leaves from a giant maple lay strewn about like reddish-brown confetti, glistening with raindrops in the late afternoon sun.

Michael tugged off his old, gray hoodie and slung it over one of the chairs. Underneath was the white tank top he normally wore flying. Goose bumps raced along the length of his bare arms. Turning to face me, he shook out his shoulders, the muscles rolling as he gave them a shrug.

“Combat training.” He stretched an arm across his chest and cracked his neck as though he were warming up. Was he expecting a workout?

“Combat training? Don’t you think that sounds a bit intense?” I swallowed. My voice sounded tight and high. “Violent, even?”

“What did you expect? Origami?” Stretching his other arm now, he cocked an eyebrow at me. “You wanted me to teach you, right?”

“Good.” He smiled. Was he enjoying my awkwardness? I tuned into his energy, attempting to get a feeling off him, but hit a wall. Was he blocking me? His expression became neutral too.

Above our heads, flyers hovered at the edges of the sigils that surrounded the yard, circling a constant threat, like giant vultures. I motioned to the sky. “Can’t they see us?”

“Not really. They can’t see or hear anything inside the protected space.” Changing the subject, he turned to me and winked. “Ready for your origami lesson? I thought we’d start with escapes.”

I folded my arms across my chest. The idea of fighting Michael felt like a joke—a David and Goliath joke. “Escapes?”

“Yeah. We’re gonna start with the basics. Teach you how to get out of that stranglehold the soldier demon had you in yesterday.” His feet shoulder-width apart, he motioned for me to come closer. “But we can’t do it if you’re all the way over there.”

I took a hesitant step toward him. Though I’d asked for this, the reality of it sounded painful. “Combat training,” I muttered disdainfully.

The Giveaway
The release day blast includes an awesome giveaway to ONE WINNER for a print copy of THE WATCHER (US/CA/UK) OR THE ANGEL KILLER (US/CA/UK) AND a $10 Amazon Gift Card.

Enter in the Rafflecopter below... 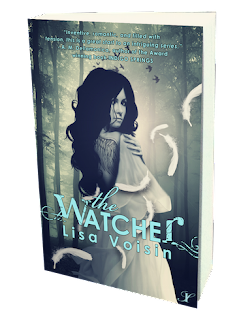 DESCRIPTION
Millennia ago, he fell from heaven for her.

Can he face her without falling again?
Fascinated with ancient civilizations, seventeen-year-old Mia Crawford dreams of becoming an archaeologist. She also dreams of wings—soft and silent like snow—and somebody trying to steal them.
When a horrible creature appears out of thin air and attacks her, she knows Michael Fontaine is involved, though he claims to know nothing about it. Secretive and aloof, Michael evokes feelings in Mia that she doesn’t understand. Images of another time and place haunt her. She recognizes them—but not from any textbook.
In search of the truth, Mia discovers a past life of forbidden love, jealousy and revenge that tore an angel from Heaven and sent her to an early grave. Now that her soul has returned, does she have a chance at loving that angel again? Or will an age-old nemesis destroy them both?
Ancient history is only the beginning.