Take Me On by Katie McGarry 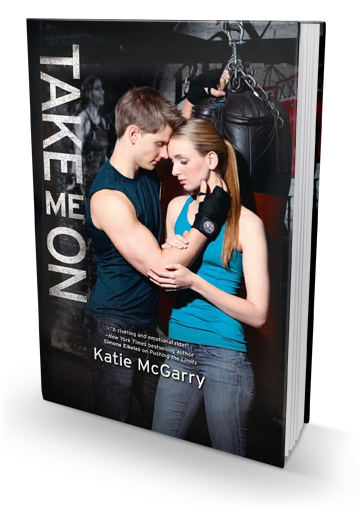 
Blurb:
Acclaimed author Katie McGarry returns with the knockout new story of two high school seniors who are about to learn what winning really means.

Champion kickboxer Haley swore she'd never set foot in the ring again after one tragic night. But then the guy she can't stop thinking about accepts a mixed martial arts fight in her honor. Suddenly, Haley has to train West Young. All attitude, West is everything Haley promised herself she'd stay away from. Yet he won't last five seconds in the ring without her help.

West is keeping a big secret from Haley. About who he really is. But helping her-fighting for her-is a shot at redemption. Especially since it's his fault his family is falling apart. He can't change the past, but maybe he can change Haley's future.

Hayley and West have agreed to keep their relationship strictly in the ring. But as an unexpected bond forms between them and attraction mocks their best intentions, they'll face their darkest fears and discover love is worth fighting for.

Reese's Reviews:
All Haley needed to do was pick up her dads medicine so he could get better, so they could get out of her abusive uncles home. Instead she almost gets ran over and then has to save the guy who almost hit her, and she loses the medicine. Haley can’t tell anyone who jumped her because she promised to keep her family safe at all cost. The boy that broke her fight would destroy her family and so she keeps quiet.

West failed his sister. He stole her money and now she’s in the hospital and may never walk again. He’s angry at everything and everyone, everyone except Rachel. Now West has been kicked out of school and home. He got into a new school and who he sees isn’t who he expects at all, it’s the girl who saved him.

Haley and West clash from the very beginning. They’re both from completely different words but feel like they have both let down their families. Their dynamic is interesting in that West draws Haley out of her shell and makes her become who she was meant to be and West realizes everything he has and has taken for granted.

I honestly did not like West throughout most of this book is we are going to be honest here. His saving grace for me was when he finally FINALLY got his head out of his behind and had some majorly awesome character development. Seriously West is an jerk hole. He does not understand that his actions affect everyone around him and he never takes blame for anything.

Haley’s character went through a lot of development as well although not as much as West. Haley works hard at everything she does and kicks major butt even when she’s afraid. I thought her character was great and I did enjoy how she challenged West at every turn.

Overall this is a Katie McGarry book so you know it was awesome. The characters are realistic with real problems, which I like a lot. Sadly still living in an all white world but nothing is perfect. I loved all the twists in this story about West’s past and how West’s family was entwined with Haley’s. Great story I need some Abby love now. 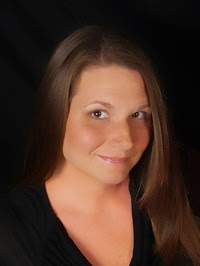