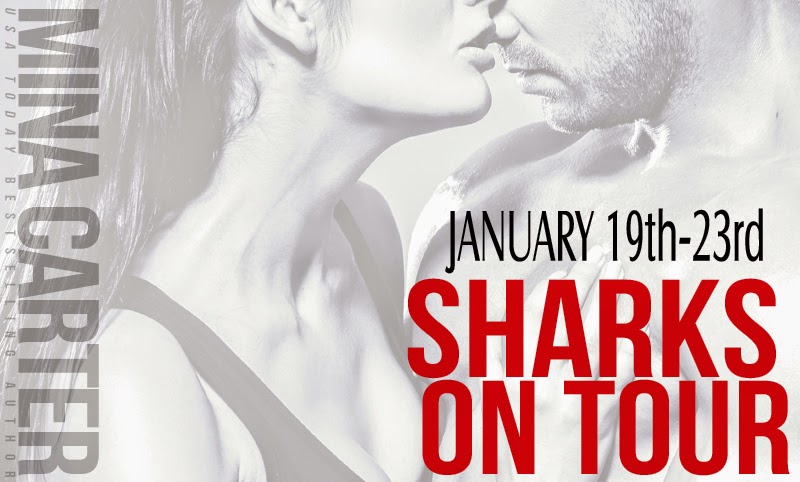 
Direct link to the giveaway:
http://www.rafflecopter.com/rafl/share-code/YjA1MGVmMjkwYTE2NWQzYWI3ODNiODExNGJiNGU0OjUz/?


Tom Sexton took his drink with a sigh of relief and turned to check that the rest
of the lads were settled. He loved nights out with the squad, especially after a tough
game like today, but it could be bloody hard work at times. On the pitch, they
worked like a well-oiled machine, chewing up and spitting out any team that dared
oppose them, but off it and out on the town, it was like herding ferrets—ones with
ADHD and Tourette’s.
But miracle of miracles, now that they all had a pint or other libation of choice in
hand, they appeared to be behaving. Casting an experienced eye over the known
trouble-makers to ensure they were all well apart, Tom allowed himself to relax a
little and took a drink.
The aged bourbon left a trail of fire as it slid down to his stomach. He sucked a
breath in around it. Good stuff. Proper whiskey, just as he liked it, which was the
reason that he’d insisted they come here. Some of the lads picked right dives, which
was alright if you were into cheap beer and cheaper women.
Talking of women, his gaze slid past the two blondes Carson was trying to chat
up, and to the brunette at the end of the bar. Petite, the figure under the black dress
full of the sort of curves he preferred. Even now, he itched to run his hands along her
waist and out over the cello curve of her hips. A shudder of heat rolled through him
as he surveyed her over the rim of his glass, plotting his approach.
Despite his appearance, and he was the first to admit that stuffed into this bloody
jacket, his broad shoulders and heavy chest gave him the appearance of a thug, he
was a thinker. The first to spot and call plays on the pitch, he directed the front row
with the ruthlessness of a war-general, smashing the opposition's defence and
creating opportunities for the back row to storm to victory. And any victory, on or
off the pitch, depended on the right approach.
His quarry turned on the stool, the turn of a slender ankle captivating him for a
heartbeat before he realised she’d gathered her bag and was preparing to leave.
Oh, no sweetheart, we’re not having any of that. I haven’t gotten to know you yet.
And I intend to get to know you a lot better. Like the Shark he wore on his shirt, he
slid through the group around him and cut off her retreat before she’d taken a step
away from the stool.
“Hey.”
She stumbled mid-step and trod on his toe, obviously not expecting anyone to be
so close. “Oh! Sorry, I didn’t see you there.”
A hint of perfume reached his nose, delicate and haunting. He’d thought she’d be
pretty. He was wrong.
She was stunning.
Dark eyes tilted up at the corners, cat-like, set over a button nose and a pair of
bee-stung lips that looked kissable soft. Unlike the hanger-ons crowding the bar, she
wasn’t plastered in makeup, her natural beauty drawing him like a moth to the
flame. A cap of dark hair framed her face. His fingers itched to reach out, touch it to
see if it was as silky as it looked, and to run through it, gripping it as he angled her
head so he could claim her lips.
Her hair fell forward, covering her face as she looked down at his foot, and
bouncing back as she glanced back up at him.
“I’m so sorry. I didn’t mean to trample you. I didn’t hurt you, did I?”
If she hadn’t looked so worried, he might have laughed at the idea a little thing
like her could have hurt him. Hell, she could run over him in full studs, and it
wouldn’t bother him, not after the rest of the elephants on the team tried it in
training regularly. With her, it would just be kinky.
He smiled. His best, panty-remover, charming smile. “Well, that depends.”
The delicate arch of her eyebrow rose, her lips pursing a little in a way that
fascinated him. “Depends? On what?”

Stop by all these book bloggers to find out how to enter! 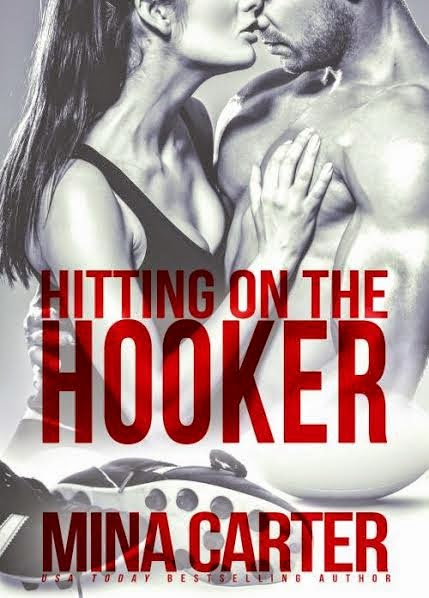 Hitting on the Hooker


Synopsis: One sexy rugby player. One chance encounter. One explosive night neither will ever forget.


Fern Morgan is done with men. For tonight anyway. Stood up and annoyed, she doesn’t fancy hanging around when the bar is crashed by local rugby team, the Strathstow Sharks. But her escape plans are halted by a cute blond player with a killer smile and a muscled body to die for…


Tom Sexton is the team’s Mr.Sensible. The guy who keeps an eye out for the rest and makes sure everyone gets home at the end of the night. But one look at the curvy little brunette trying to make a break for it and all his predatory instincts go into overdrive. Tom’s done being Mr.Sensible…


The problem is, once he has her in his bed, will he ever want to let her go? 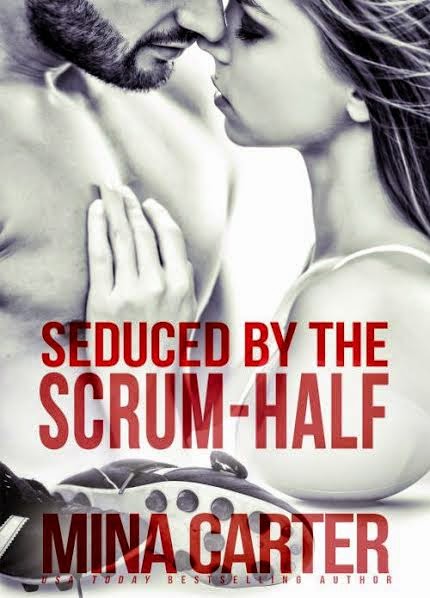 Seduced by the Scrum-Half


Synopsis: Mistaken identity, toe-curling kisses and a passion that sets them both on fire... Fetching her neighbours mail has never been so exciting.


Run off her feet after a few days working away, the last thing Daisy needs is to find the house next to hers sold. Quite apart from the fact she had new neighbours to contend with, she'd forgotten to pick up the mail for the previous resident. What's a girl to do in circumstances like that but hope her key still worked and she could pick up the mail while the house was still empty...


Will Peters can't believe someone is trying to break into his new house, less than five hours after he moved in. Tackling the intruder he finds himself with an armful of curvy, sexy woman who sets his body on fire. Stealing a kiss is just the first of his mistakes... 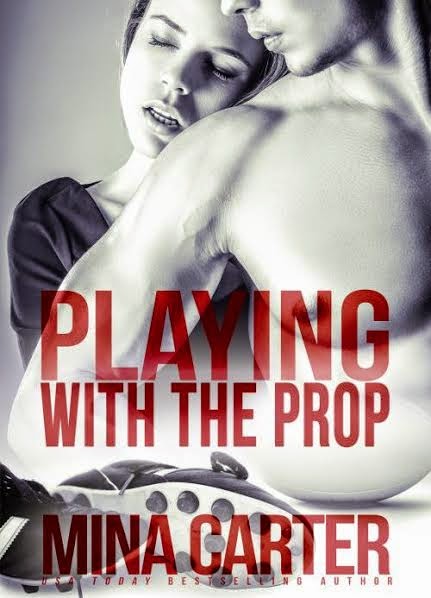 
A physical therapist for successful Rugby team, the Strathstow Sharks, Ashley's golden rule is never to mix business and pleasure. She loves her job and the guys she looks after, and doesn't want to jeopardise her place with the team. As nicely put together as her charges are, she's never found herself remotely tempted.
Until now.


Harry James, the team's newest prop gives her butterflies in her stomach every time she has to treat him, and her fantasies involving his hard, muscled body and sinful lips keep her hot and bothered at night. Luckily, he shows no sign of having noticed her attraction, and hasn't shown any interest in her...
She's been his from the moment he saw her...


Harry James marked the pretty little physio the first day they met. For the last year he's been biding his time, and trying to get her attention. So much so, it's gained him a few nicknames in the squad. Not that anyone would dare tell her.


When the Sharks win big on Harry's birthday, can he stop at claiming a birthday kiss, or will he want everything she has to give? 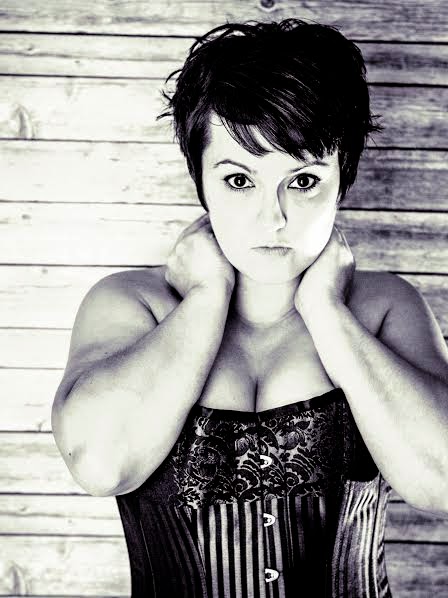 Mina was born and raised in the East Farthing of Middle Earth (otherwise known as the Midlands, England) and spent her childhood learning all the sorts of things generally required of a professional adventurer. Able to ride, box, shoot, make and read maps, make chainmail and use a broadsword (with varying degrees of efficiency) she was disgusted to find that adventuring is not considered a suitable occupation these days.


So, instead of slaying dragons and hunting vampires and the like, Mina spends her days writing about hot shifters, government conspiracies and vampire lords with more than their fair share of RAWR. Turns out wanna-be adventurers have quite the turn of imagination after all…