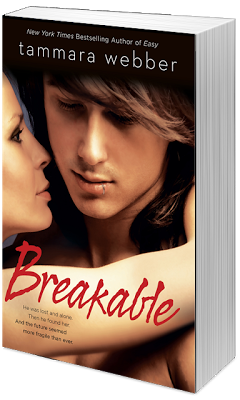 Blurb:
He was lost and alone. Then he found her.
And the future seemed more fragile than ever.

As a child, Landon Lucas Maxfield believed his life was perfect and looked forward to a future filled with promise — until tragedy tore his family apart and made him doubt everything he ever believed.

All he wanted was to leave the past behind. When he met Jacqueline Wallace, his desire to be everything she needed came so easy…

As easy as it could be for a man who learned that the soul is breakable and that everything you hoped for could be ripped away in a heartbeat.


Reese's Reviews
Oh my goodness I fell in love with Lucas and Jacqueline’s characters all over again. Easy was from Jacqueline’s point of view, her story, and now we get to read about Lucas’ story.

Lucas lost his mother when he was a child. When she was alive he had everything he could ever want. Great parents, going to a great school, and he even had his first date. Then one night everything changed. His mother was raped and murdered, he heard it all and he could do nothing to stop it. Now years later Lucas is in college and he saved the girl he has a crush on from being raped.

After reading Easy you know how the story plays out so I won’t bore you with that. I will say this I found the back and forth between Lucas’ past and his present pretty freaking interesting. Lucas used to have a major crush on a girl named Melody. The comparison between Jacqueline and Melody was pretty interesting. Both are wealthy and both, both had craptastic boyfriends, and both liked bad boy Lucas. There were some differences though but I found it interesting how there was the character comparison of past and present.

I also found it interesting how Lucas was always worried that Jacqueline was afraid of him and always related him back to what happened to her. Almost every instance the couple had together Lucas worried he would scare her because of how they met. Completely different from how Jacqueline actually saw him.

I enjoyed Breakable. While I have noticed in some reviews they thought Lucas was a creepy stalker for following Jacqueline around even though he didn’t know her, that’s kind of what Jacqueline did to Lucas after they met that first time so I’m not concerned with it.

I found Breakable and Lucas completely swoon worthy and I enjoyed all the different characters in Lucas’ life we didn’t see much of during Easy. Great story. 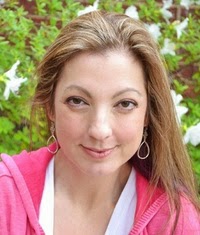 Author of Breakable, Easy, and the Between the Lines series.

Please check my blog for book updates. If you have questions, I have an FAQ tab there, with a public email address listed for anything not covered. :)