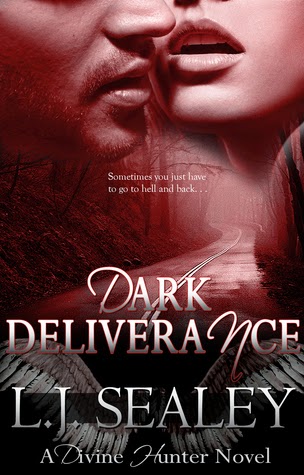 Blurb:
Sometimes you just have to go to Hell and back. . .


Both find themselves in less than perfect circumstances. The repercussions of which lead them to discover a new threat born of Varesh and his growing army of demons: a new weapon, and a new plan that will ultimately lead to the end of the world as they know it. Will Michael’s new power be enough to destroy Varesh and protect not only the people he cares about, but also the rest of humanity?

It is highly recommended that this series be read in order due to the continuation of the story.

Reese's Review:
I received a copy of Dark Deliverance for an honest review.

Lacy is trying to keep it together after the love of her life Michael died and went to Hell. While it might seem easy all Lacy can think about is that he’s in Hell suffering, and so begins the nightmares. When Lacy tries to open the doorway to Hell to try and get Michael out something goes very wrong.

Michael isn’t dead. He left Lacy to keep her safe from the Supernatural world and to try and find Evo who is in fact in Hell. He has a new crew who are helping him track down any demons with information, but they’re running out of time. When the mission to save Evo goes as planned Michael hears that Lacy’s in trouble and now much tell her the truth.

Ah I love love love this story so much. L.J. Sealey has fantastic story telling skills. I fell in love with this series all over again when I read the sequel. The story of Heaven and Hell and half angels and kicking butt is awesome.

Michael is swoon worthy first of all. Second he kicks and kills demons and sends their evil selves back to Hell. Michael in this second installation tries to make sure Lacy and his friends are save. Sadly when Lacy gets attacked she is seriously upset and refuses to talk to Michael for some time. I love Michael’s character since he’s such a good guy. Everything he does he does for those he cares about.

Lacy’s character is independent. She works, she takes classes with her best friends and she helps people talk to the dead. However, she suffers a lot in this book trying to deal with Michael’s death and ways to get him back. She works on self-defense in this book both in class and with Michael, which usually turned into fun time sessions. Lacy is smart and charming and definitely an amazingly strong female character which I love.

Overall I loved this story to death. Everything about this book was perfect to me from the kick but characters to the strong female lead and plus dual pov which you all know I love. Definitely can’t wait to get my hands on the next installment of the Divine Hunter series. 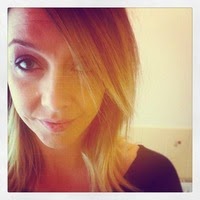 L.J. Sealey was born and raised in a little Welsh town by the sea. It rains a lot, so she often has a great excuse to sit at her writing desk and while away the hours at her laptop.
She still lives in N.Wales and when she’s not travelling around the country working with her husband – who is a professional singer – or singing backup vocals herself, she likes to read and watch her favourite TV shows which normally includes plenty of CSI, The Vampire Diaries and endless amounts of sitcoms. Being addicted to reading about vampires, demons, shifters and angels, she has always had a thing for all things paranormal and is a big sucker for impossible love stories. So it was inevitable that when she started writing herself she would mix the two together.
L.J’s debut novel Awaken is available now and is the first book in her new paranormal romance series Divine Hunter.