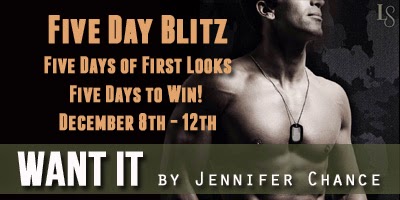 Jennifer Chance returns with another novel that'll keep you hooked.
Erin Connelly meets alpha male Zander James in WANT IT, the third novel in Jennifer Chance's sizzling Rule Breakers series! This one is not to be missed by readers looking for their military romance fix! 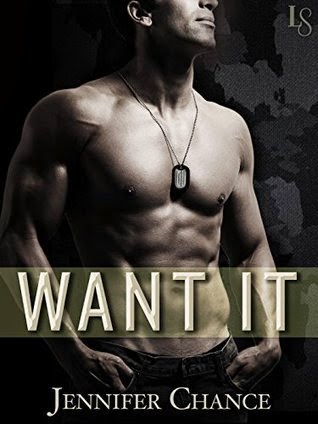 About WANT IT:
In the latest tantalizing Rule Breakers novel from Jennifer Chance, an irresistible alpha male follows his ex into a deadly standoff—and reignites a heated affair.


For Erin Connelly, being a good girl isn’t such a bad thing. She’s working her dream job at a Boston art gallery and staying out of trouble, which is more than she can say for her deadbeat mom. Unfortunately, her mother’s latest misadventure lands her in the clutches of a Mexican drug lord. Now the only person who can save her is the one man Erin has no business asking for help: the sexy-as-sin army ranger who just so happens to be her former high school sweetheart.


Zander James is no gentleman—and no officer, either, thanks to Erin. Four years ago, she made a call that terminated his highest aspirations ... and their relationship. He’s never forgiven her, but when he learns that Erin’s embarking on a half-baked rescue mission, he sure as hell can’t let her go alone. Now, with a treacherous enemy lying in wait, the electrifying tension between them may just be Zander’s undoing. Because while he may be able to keep Erin alive, he can’t promise to keep his hands off her.


Also in the Rule Breaker series: Rock It (Book #1) and Fake It (Book #2) by Jennifer Chance!
Excerpt: Why Not?


A note to readers from author Jennifer Chance:


In this scene, Erin is getting all tripped up in her own conflicting emotions, beliefs and memories about Zander, especially since seeing him again has made her doubt her own decisions so completely. She’s just explained to her housemate Dani everything that happened that fateful night, and Dani, being Dani, blows through all of her protestations and cuts to the important part: Erin and Zander will be in the brownstone, together and alone, for the first time in four years. Even as Dani suggests what obviously might happen in such a situation, Erin resists… for what she thinks is a very good reason.


“I’m serious, Dani,” Erin snapped. “I made the call that got Zander arrested. You can’t get into West Point if you’ve been arrested, or if you can, Zander’s father either didn’t have that kind of pull or refused to exercise it. And Zander knew that immediately, the night this all happened. I didn’t understand at first, and by the time I did, it was all over.” Erin drew in a shuddering breath. “So Zander ended up enlisting the very next day. I think Gran Ginny told me that, actually, days later. God knows I never went out to the cape again after that night.”
“And you never spoke to him again,” Dani said.
“Not really,” Erin muttered. There had been one time, yes. And hadn’t that been an epic fail.
But Dani wasn’t done yet. “So that was it for you guys. Four years in the military, and neither one of you unbent enough to admit that you were wrong and ask for forgiveness?”
Erin scowled at her. “Since when do you ask for forgiveness?”
“I don’t.” Dani shrugged. “But I’m not you. Making things right is important to you, and if your Zander’s as Boy-Scouty as he sounds, it’s important to him, too. But not so important, apparently, for either of you, that you’d actually give up anything for it.”
Erin’s frown deepened. “Aren’t you supposed to be helping here?”
“Nope.” Dani grinned at her. “But I’m about to. He’s coming over tonight, isn’t he? You want me to find somewhere else to sleep?”
“What? No.” Erin’s eyes widened. “Dani, it’s not like that. It’s food and conversation, nothing more. I’m not even expecting him until six or whatever. I figured I’d just paint upstairs until dinner is done, then come down and get everything together. But we’re just going to talk, seriously. I’m not turning the entire brownstone into some sort of love nest.”
“Why not?” Dani asked. “He’s home, what, for just a couple weeks? Why not make things right while he’s still in town?”
“Because he hates me, maybe? That seems like a pretty good reason.”


Jennifer is offering up two fabulous prizes during the Want It Blitz Event. One lucky Grand Prize winner will receive a Seasons Greetings Gift Basket and one Runner Up will receive a $25 Gift Card for Amazon or B&N (winner’s choice)! To enter, simply fill out the Rafflecopter below: 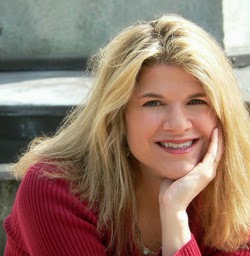 About Jennifer Chance:
Jennifer Chance is the award-winning author of the new adult Rule Breakers series, which feature sexy, wish-come-true romances that launched with ROCK IT and FAKE IT in 2014. A lover of books, romance, and happily-ever-afters, she lives and writes in Ohio.