Review: Only with You by Lauren Layne 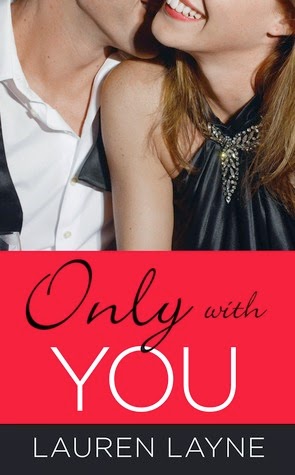 Only with You
The Best Mistake #1
Kindle Edition: 260 pages
Published by Forever Yours
Release Date: July 29th 2014

Cocktail waitress Sophie Dalton doesn't exactly have a life plan. She's perfectly happy being everyone's favorite party girl. But when a Las Vegas bachelorette party goes awry and an uptight businessman mistakes Sophie for a prostitute . . . well, Sophie wonders if it's time to reevaluate her priorities. Swearing off her thigh-high boots for good, Sophie slinks back home with damaged pride-and a jackpot of a hangover.

Yet what happens in Vegas doesn't always stay there. On a trip to Seattle to open a new office, Grayson Wyatt meets his latest employee-who turns out to be the same woman he recently called a hooker. Wealthy and gorgeous, Gray is a man used to getting what he wants. And it doesn't take long to figure out that smart, sassy, sexy Sophie is everything he's been looking for. As their late nights at the office turn into hot morning-afters, they realize their Vegas misunderstanding may lead to the real thing . . .

Reese's Reviews:
I received a copy Only with You for an honest review.

Sophie Dalton after getting trapped in an elevator with a very sexy man who turns out to be the biggest jerk ever. He thinks she’s a prostitute. Now Sophie knows she’s hit rock bottom. Thinking she’ll never see him again she gets a new job and tries to be who she wants to be. Then her sister brings the jerk from the elevator home. Grayson Wyatt. Starting her new job she realizes Grayson is also her boss.

Predictable and a tad dull. I had Sophie and Grayson’s story pegged from their elevator encounter. Sophie has a family with a lot of money and high expectations that she’s never been able to meet. Grayson is everything she loathes about her parents lifestyle and yet everything she needs. Grayson falls for Sophie slowly as he’s been hurt before.

I wanted to like this story and I did but not as much as I thought I would. The story and characters were just too predictable and the whole story moved a little too slowly for me.

Overall, if you’re looking for a love story with two characters that fight it every step of the way, this is the story for you. 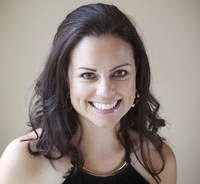 Lauren Layne used to work in e-commerce. She wore cute shoes and real-person clothes like an adult.

Then she was like, nope, changed into her pajamas and started writing romance novels.

She believes in sarcasm, weekday happy hours, and happily ever after.

She lives in the Seattle-area with her husband and jumbo Pomeranian.