Review: The Professional by Kresley Cole 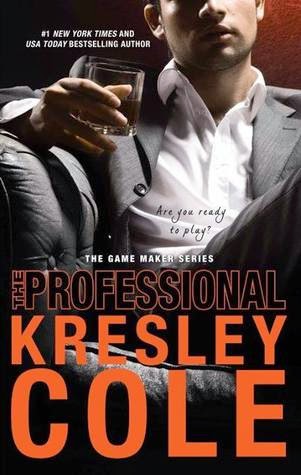 He makes the rules…
Mafiya enforcer Aleksei “The Siberian” Sevastyan’s loyalty to his boss knows no bounds, until he meets the boss’s long-lost daughter, a curvy, feisty redhead who haunts his mind and heats his blood like no other. Ordered to protect her, Aleksei will do anything to possess her as well—on his own wicked terms.


Rules are made to be broken…
Grad student Natalie Porter had barely recovered from her first sight of the dark and breathtaking Sevastyan before the professional enforcer whisks her away to Russia, thrusting her into a world of extreme wealth and wanton pleasures. Every day under his protection leads her deeper under his masterful spell.

Are you ready to play?
Yet all is not as it seems. To remove Natalie from an enemy’s reach, Sevastyan spirits her into hiding. From an opulent palace in Russia to the decadent playgrounds of the mega-wealthy in Paris, the two lovers will discover that even their darkest—and most forbidden—fantasies can come true…

Then one night at the bar with her best friend while playing a game she sees him: Aleksei Sevastyan. He’s the first man Natalie has ever seen to not fit into one of her perfect boxes for men. When he shoots her down at the bar she thinks that’s the end of it. Until he breaks into her house and kidnaps her to take her to Russia, to meet her father.

Realizing her father is in the mob isn’t the only surprise she gets. Sevastyan is the man she wants to take her virginity but nothing is that simply. If they have sex they are bound forever. While everything Natalie learns about Sevastyan intrigues her more and more he’s holding things back, and continues to push her away.

When a brutal attack on her fathers home forces Sevastyan and Natalie to flee to Paris where their relationship both sexually and emotionally will come to a head.

Natalie was a great character to read about. I enjoyed her humor and how she never backed down from what she wanted. She pushed and persisted to get to Sevastyan even while he was being a mega jerk. Natalie is smart, which helps her reach realizations about herself and what she wants. Natalie is definitely a great character that I fell in love with from the first pages.

Sevastyan was assigned to watch over Natalie and report back to her father. However, in that time he fell for her and throughout the book he struggles to be what he thinks she needs and who he is.  While he was sometimes a major jerk to Natalie there is never doubt that he cares for her. He’s protective and possessive which is totally sexy.

So, I mentioned the sexy because of course there is sexy. It’s HOTT!! I mean seriously hot. I have never read hotter scenes than in this book. There are sex toys, clamps, bindings, voyeur-ish stuff, and a whole other slew of naughty things they I promise will leave you needing a power fan for how hot the scenes are.

I HIGHLY RECOMMEND THIS BOOK. Seriously, you want and need to read this. I love Kresley Cole’s other works and The Professional was just perfection. The writing, the humor, the characters, and the originality are truly what did it for me with this amazing story.

I received a copy of The Professional from the publisher through Netgalley for an honest review. The free copy in no way influenced my review.