Romance and intrigue set in supernatural world make the Shock Me series ideal for young adult and adult audiences. Readers of Paranormal YA and Paranormal Romance, and fans of Jennifer L. Armentrout, Pittacus Lore, Rick Riordan and Susan Collins will love this series. 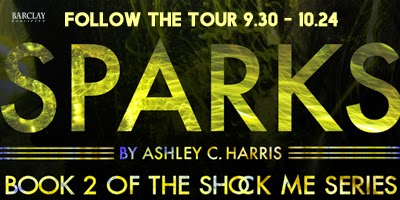 "Everyone can become a hero. That is what I got out of it. Well a lot more but that was a really powerful message. It keeps you on the edge of your seat to see what will happen next. I can’t wait for the next book and look forward to more from this new author!"

"Memorable characters and plot momentum will keep the reader fully engaged right up to the pulse-pounding, dramatic conclusion with a stunning ending that I didn’t see coming! Shock Me is a gripping beginning to a new series. I, for one, look forward to the future adventures of these characters."
-Lusty Penguin


"...I was still shocked (no pun intended) at what all happened at its climax. I won't spoil it because it needs to be read to be fully appreciated! If you enjoy YA lit, suspense, action, a little sci-fi mixed with fantasy, then go pick up a copy of this book. As far as first in series go, it hooked me right away and I can't wait to see just where the author takes it from here. Not to mention the awesome semi-cliffhanger!!!! So Please, oh please, hurry book two!"
-Mom With A Reading Problem


Want to get to know Ashley better? Check out this letter to readers from Ashley C. Harris! 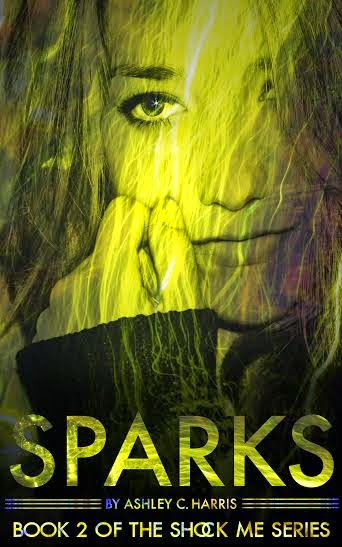 
When a dangerous event occurs at the power plant, an new adventure sparks for everyone. Will Donna be able to unlock all the mysteries surrounding those she loves, while fighting to stay alive? Or will Ryan and his team stop her, dooming everything? Only one truth is certain … nobody is who they think they are.

The human part of Ryan recognized something familiar about the heartbeat, but he was unable to understand what it was. He became more frantic as the beat sped up and he realized the person was trying to run. With Ryan’s super speed, he was leaping, moving so quickly, and grabbing it. Grabbing … her. Realty crashed into him and he finally was able to see a broken, confused Donna looking up at him.
What? I’m hallucinating. It can’t be.
Her eyes were afraid, and she looked like she’d been running, beaten down, and was about to die. She had to fight to take a deep breath as he held her, and that’s when he let her go, stunned. Clearly he was in a dream now, or someone had a hallucinating Bio power that was making him see her and not his enemy. No way could Donna, his Donna, really be here. Ryan felt like he wanted to die. And then she was running away from him.


Please copy and format the code below
a Rafflecopter giveaway