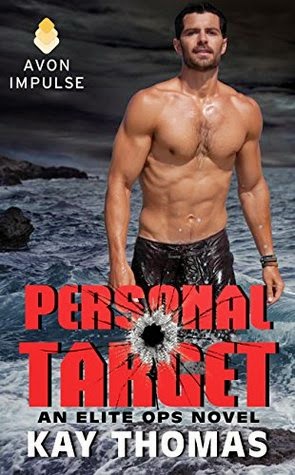 Blurb:
AEGIS: an elite team of ex-military men working under the radar of most governments. If you have a problem no one else can handle, they can help.

A former SEAL and Black Ops specialist who left the CIA, Nick Donovan gave up a life on the edge to work in the private sector. But that didn't stop his enemies from coming after him—or his family. In a case of mistaken identity, a drug cartel kidnaps his sister-in-law's best friend … a woman from Nick's past.

One minute Jennifer Grayson is housesitting and the next she's abducted to a foreign brothel. Jennifer is planning her escape when her first "customer" arrives. Nick, the man who broke her heart years ago, has come to her rescue. Now, as they race for their lives, passion for each other reignites and old secrets resurface. Can Nick keep the woman he loves safe against an enemy with a personal vendetta?

Reese's Review:
I received an ARC of Personal Target for an honest review.

Nick Donovan just escaped death and now he needs to head back into the thick of it to save the only woman he’s ever loved.

Jennifer Grayson was house sitting when she was taken and smuggled into Mexico. She’s being used as a ransom but that doesn’t mean they won’t use her body while they wait for her to be saved. Step in Nick Donovan the only man Jennifer ever truly loved and truly hurt. She left him and now thrown back together Jennifer doesn’t know how to act or if she should tell him what happened all those years ago.

Personal Target was actually a pretty fascinating book. I wasn’t sure I was going to like it but Kay Thomas actually did an amazing job at creating a great story.

Personal Target follows both Jennifer and Nick who both get POV’s in this book which is always exciting for me. Anyway Jennifer tries to stand on her own two feel in her career but someone has a hit out on her and has already tried to kill her a couple times. Going from a cheated on Archeologist to being kidnapped and almost murdered is a lot to take in for Jennifer and then we throw in Nick who is temptation on a stick. Yup this was definitely an awesome book.

Nick has a lot of training with the service, the CIA, and more. He lost his parents and all he had was Jennifer before she cut off all contact. Being thrown back together with her seems like a dream come true but given that they’re targets for the drug and sex cartel and the secret Jennifer reveals to him about all those years ago definitely leaves something to be desired for the situation.

Personal Target is action packed in all senses. Nick and Jennifer action (you know what I mean wink wink), Nick being a total bada** taking down bad guys, almost dying numerous times, and helping Jennifer stay alive and out of the way. All he wants is his family safe but that’s not an option anymore. Personal Target definitely kept me on my toes. I never knew what was going to happen next and I loved it. The suspense was high and the tension even more so. So many people died and it was tragic especially the people the characters bonded with.

This book was definitely a sizzling hard-core action novel. I loved every page and couldn’t put this book down for a minute.  I fell in love with Kay Thomas’ writing right away as well as with the characters. Both Nick and Jen were strong problem solving characters I seriously enjoyed a whole bunch. Can’t wait to see what happens next. 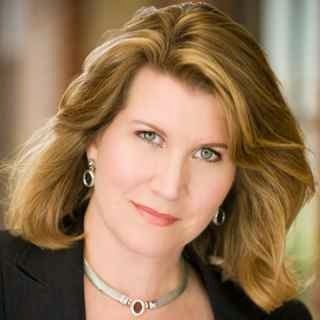 I didn’t grow up burning to be a writer. As a child I wasn’t even much of a reader until fourth grade. That’s when I was stuck at home with the flu and my big sister read THE BLACK STALLION aloud to me. For hours I was enthralled—shipwrecked in a foreign land and riding an untamed horse across the hot desert sand. Then tragedy struck. My sister lost her voice. (I think she caught my flu.) But I couldn’t wait to hear what happened to Alec Ramsey—so I picked up that book, finished reading it by myself, and went in search of more adventures at the local library. Today I live in Dallas with my husband, our two children, and a shockingly-spoiled Boston terrier.
In November 2013, HARD TARGET: Elite Ops-Book 1 was released in my new series from Avon Impulse, featuring sexy ex-military men...and the women who rescue their hearts. HARD TARGET received an Award of Merit in the HOLT Medallion Contest and is also a nominee for best romantic suspense in the GDRWA Booksellers Best Awards.

What do you all think? Going to be checking out a hot ex-CIA guy?
Posted by Reese's Reviews at 1:00 AM