Review: Dance the Moon Down by R.L. Bartman 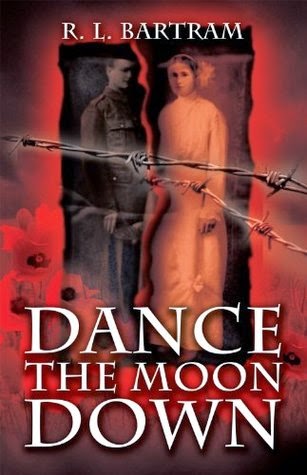 Blurb:
In 1910, no one believed there would ever be a war with Germany. Safe in her affluent middle-class life, the rumours held no significance for Victoria either. It was her father's decision to enroll her at university that began to change all that. There she befriendes the rebellious and outspoken Beryl Whittaker, an emergent suffragette, but it is her love for Gerald Avery, a talented young poet from a neighbouring university that sets the seal on her future.

After a clandestine romance, they marry in January 1914, but with the outbreak of the First World War, Gerald volunteeres but within months has gone missing in France. Convinced that he is still alive, Victoria's initial attempts to discover what has become of him, implicate her in a murderous assault on Lord Kitchener resulting in her being interrogated as a spy, and later tempted to adultery.


Now virtually destitute, Victoria is reduced to finding work as a common labourer on a run down farm, where she discovers a world of unimaginable ignorance and poverty. It is only her conviction that Gerald will some day return that sustaines her through the dark days of hardship and privation as her life becomes a battle of faith against adversity.

Reese's Reviews:
I received a copy of Dance the Moon Down in exchange for an honest review.

I had a truly difficult time getting through this book and I’m not sure why. The characters were alright; although there was a bit of a language barrier. At times I couldn’t truly grasp what was going on and that was bothersome since that’s kind of the point when you read. Anyway as the synopsis explains this couple starts off at the beginning of the book talking to some college students and then it does a flashback to how they had reached that point. The husband was a soldier and went missing for years and so the wife struggled to support herself. In the end they have a happy ending.

As far as I can tell that’s what happened although I wouldn’t bet my blog on it. I tried going back and rereading a couple times but I really just couldn’t get into it. I did finally get the gist the last couple chapters when the husband was released or escaped a camp of some sort.

Would I recommend this book? No not really. I had no pull to this book and it was difficult picking it up. I honestly think the writing style just wasn’t for me.