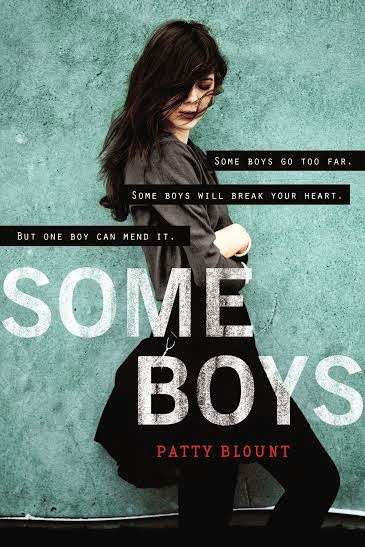 Blurb:
About SOME BOYS:
Some Boys go too far. Some Boys will break your heart. But One Boy can make you whole.

Seventeen-year-old lacrosse player Ian Russell—sidelined by a concussion—is sentenced to spend spring break scrubbing out lockers. It’s bad enough when Ian discovers his partner for the week is Grace Collier, the girl who claims his best friend raped her at a party in the woods a few weeks ago. But what sucks most of all is that he used to have a thing for Grace… before Zac MacMahon got to her first.

Grace wants to crawl into one of the lockers and die. Ian was the only reason Grace even bothered to go that stupid party, but he never showed up. Not until… after. Suddenly, someone was shaking her awake. The last thing she remembers is the expression on Zac’s face. But Zac told the entire school the sex was consensual and posted a video on Facebook to prove it. Her best friends have abandoned her and even her parents aren’t too sure.

But Ian and Grace surprise each other. He never disrespects her, and she even helps him when a dizzy spell hits. Ian still likes Grace with her bad-ass style. Unlike the rest of the school, who has rejected Grace, calling her a slut and a liar, Ian is funny and kind with secrets of his own. But how do you trust the best friend of the boy who raped you? How do you challenge your best friend and call him a liar? How do you believe in love?

YA author, Patty Blount, is back with another  novel that addresses one of today’s most pressing issues facing today's youth. SOME BOYS is a gutwrenching and edgy love story told from alternating points of view that's perfect for fans of Simone Elkeles and Katie McGarry.


"SOME BOYS belongs in every YA collection." - School Library Journal
"5 stars. Very well-deserved! This book did quite a number on me - unlike most books (contemporary or not), this one made me FEEL, and feel really strongly." - The Eater of Books


Want to get to know Patty better? Check out this exclusive interview! 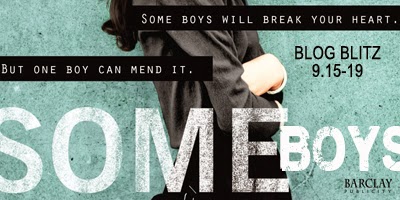 
Reese's Review:
I received a copy of Some Boys for an honest review.

This is going to be a review with lots of gushing, if you aren’t into an obscene amount of gushing and praise for a book than please turn around.

Some Boys goes over some serious problems in our society in such a way that it’s almost magical in its beauty. The main characters’ of Some Boys are in high school dealing with a rape rumor. Grace Collier was at a party waiting for her crush to show up when she was raped by a guy she went on two dates with. She said no and nobody believes her. He friends have all left her, she lost her car privileges, her parents don’t believe her, her teachers don’t believe her, the cops don’t believe her. Now Grace and the boy she has had a crush on and the boy who found her unconscious and bleeding in the woods are dealing with the fallout of the rumor and the sl*t shaming that came along with it.

Ian is the other main character in this story. He’s gotten a concussion for the second time in a year playing lacrosse and after a loss of temper he’s stuck cleaning lockers with the school hoochie for spring break. Everything seems like it would be fine but as Ian begins to unravel what happens between Grace and his best friend Zach he begins to see that not everything is what he thought.

Some Boys deals with a lot of issues that come along with women’s rights and women’s sexuality. Grace was ridiculed, harassed and shamed throughout this entire book. Her father and basically the entire school says she deserved to be raped because she was drunk and how she was dressed. The police said she was an upset ex-girlfriend claiming rape, and her friends called her an attention wh*re. Honestly this book shook me to my core with just how much Grace had to endure. It made me so sick that I know this happens and it’s so completely upsetting. Some Boys addresses a lot of the problems women face every day because they’re women. Definitely one of the more emotional books I have ever read because it’s so raw and real it will move you.

I loved Grace from the beginning of the book. She is honestly one of those characters I couldn’t help but love because she had everything I admire in a character. Strength, vulnerability, smarts and just admirable amounts of growth that continued to grow throughout the book even though she started out amazingly strong. Grace doesn’t put up with any crap and I love that. She never gives up on trying to get people to believe her. She stands up for herself to everyone: friends, family, the entirety of the student body, and even the teachers. Grace is a strong female character that definitely is one of those characters who I would love to be like. Grace goes to school every day not  backing down and faces her life head on. At home she deals with an absentee dad who left after he cheated on her mom with her dance teacher and got her pregnant. Now he has a new family and he couldn’t be bothered with her anymore.

Ian has his own issues. His dad is always on his case for not being as good as his sisters and for not knowing what to do with his life. After he gets a concussion he deals a lot with his feelings for Grace since he’s liked her long before his friend got to her. He doesn’t want to believe Grace about what happened but he never lets anyone get in her face when they’re together. He doesn’t want to lose his best friend or his place on the team and he doesn’t want to believe his friend who helps him with homework is capable of rape. In Some Boys Ian goes through a lot of introspection about that night at the party and he tries to piece together what happened between Grace and Zach.

I loved this book. Honest to goodness I loved this book. Everything about this book was perfect. Every aspect about this book brought forth some emotion while I was reading. I was never bored. I never skimmed through some of the sections. At some points I did want to scream at everyone and protect Grace because you just feel so much for this character. I honestly can’t even explain how much I loved this book so I’m just going to say Patty Blount is an absolute genius with this stories originality and realism. Some Boys is definitely one of my favorite books of all time!

The magical bat of awesome it's like a 6/5 stars but better!


Excerpt:
Oh, crap, I’m late. I’m freaking late. I jog up the stairs and turn west and skid to a halt.
No. No, no, no!
Please let this be a mistake.
Mr. Jordan said he’d assigned locker cleanup to somebody besides me.
Oh, my God, I’m cursed.
They both turn when they hear me. I look for it—the expression on their faces that matches the expression on every other face when I walk by. The expression that says, Here comes the lying whore!
“You Grace?” the janitor asks, and I nod. “You’re late. I’ll have to report that to Mr. Jordan.”
Knock yourself out, pal. Principals don’t scare me.
Students do.
I pay only the slightest attention to the instructions the janitor provides. I’m watching Ian Russell out of the corner of my eye. Tall and lean. Great mouth, dark hair, and dark eyes that have their own gravitational pull, Ian’s easy on the eyes, but that’s not all. There’s some­thing about him, something that’s always been there every time I’ve looked at him.
I’ve looked at him a lot.
He’s got this restlessness, this energy that practically sizzles, and I don’t understand it, even though I always wanted to.
He’s on the lacrosse team. Why isn’t he on the field with the rest of the team? What did he do to get stuck with this job?
But none of those are the real questions I’m asking. I don’t want to think about the real questions. But how can I not? How much did Ian see? How much does Ian believe? Why did he help me that night?
The janitor gives me the master key and instructions on what to put where and then points to the lockers across from Ian.
Hell no.
He’s deluded if he thinks I’ll turn my back on any friend of Zac McMahon’s.
The janitor leaves, and I grab a pair of rubber gloves, anxious to get started. I keep Ian in my visual field, ready to defend myself if he so much as raises a hand to me, but all that dark hair hides his face. I spray a locker and can’t reach the top. And suddenly Ian’s right there, and my arms are too busy holding me up to fight.
“Here, I got it.”
Shit. I jump so hard I hit my elbow. He mumbles some apology, but I can’t hear him over the rush of panic. He backs off and returns to his own locker, and for a long moment I think about climbing inside one of the lockers—who cares if it’s clean—and just hiding inside until the shift is over. Six days. How the hell am I going to get through six days of this? I take some more deep breaths and scrub the hell out of the next locker.

Enter to WIN a $10 gift card for Amazon or Barnes & Noble + all 3 of Patty's books & SWAG including a SEND wristband, a TMI magnet and a Some Boys safety whistle! 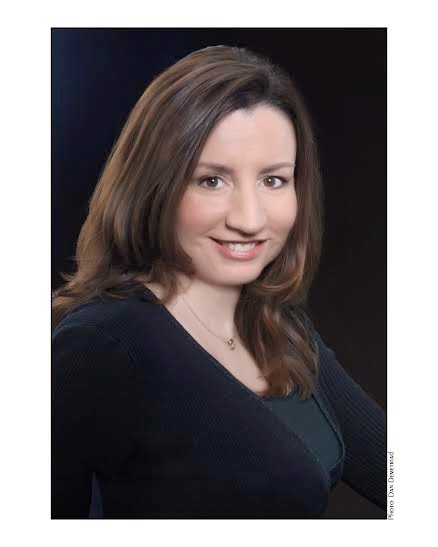 In addition to writing novels for teens, Patty Blount writes technical information for a computer company. Her first novel, Send, was inspired after a manager suggested she learn more about social networks. A short version of that same novel finished in the top ten of the Writer's Digest 79th Annual Writing Competition. She is also the author of the young adult book, TMI. She lives on Long Island with her family. Visit her at pattyblount.com.