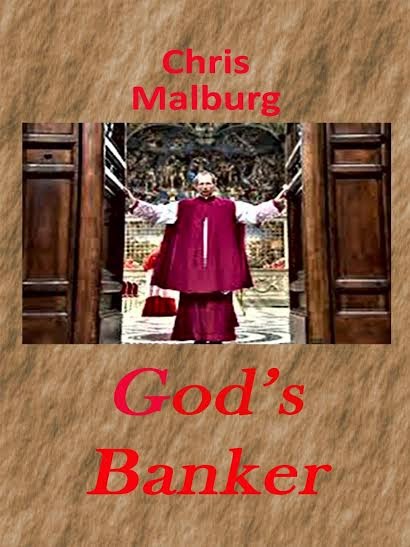 Cardinal David Caneman took just three years to engineer his ascension into the CEO’s office of Vatican Bancorp. His cabal of fundamentalist zealots now quickly moves to seize the world’s largest institution. First by publicly assassinating the Pope. Next by replacing him with Caneman. Finally by giving the masses a common, everyday object—unquestionably used by their savior—to rally behind. For centuries, folklore has claimed the sacred item laid in wait sealed within the Church’s lost treasury vault. Caneman races to unearth the vault—if it exists. He has bet everything that he can find the blessed object, surely buried within. He intends using it to sweep the faithful from their ungodly ways and into his personal standards of piety.

The Taliban took just two years to overthrow Kabul. Armed with over a billion faithful worldwide and a $200 billion war chest—and the sacred Broom Of Formia—Cardinal David Caneman figures it will take him just half that time to conscript the hearts and minds first of Europe, then…

Jackson Schilling enjoys his happy, early retirement. He attends minor league ball games near his home in Elkhart, Indiana. He’s an amateur chef. And Jackson Schilling is a hunter. Then the SEC drafts him. Come on, Jack. One last audit. It’s mandatory after an attempt on the Vatican Bank Chairman’s life. But Jackson Schilling is no ordinary auditor. And it was his Commander in Chief who personally ordered him drafted. Schilling exhaustively uncovers Caneman’s deadly purpose. First he must stop a professional assassin from completing his mission against the Pope. Now the hard part—derail a fundamentalist faction led by a brilliant, ruthless [and some would say] saint to over a billion faithful. Jackson Schilling battles a force growing faster and more deadly than the Crusades, the Inquisition or the Taliban ever were. Legitimate governments will surely topple, becoming answerable to one man and his band of strict fundamentalists if Schilling fails.

The young SEAL slowly raised his right hand in salute. All 243 of America’s Squadron saluted their President at the same time.
“Oorah, son,” said the President.
The young lieutenant hadn’t expected that from America’s chief executive. “Oorah, Mr. President,” he said back in a loud and proud voice that did justice to any man or
woman who ever wore the uniform.
“Oorah,” thundered 243 voices behind him.
The President stood in the summer sunshine of Washington DC. At this moment,
he realized there was no place on this earth that he would rather be than right here. The
finest examples of courage and bravery in the American people he had the privilege of
serving stretched before him. These people had taken time out of their busy lives to come
here to the White House to see him. About what the President still couldn’t say. But he
could smell the ribs already beginning to smoke next to the hastily erected canopies that
shaded picnic tables off to the side near where they land Marine 1, the presidential
helicopter.
A White House staffer had already brought a microphone and plugged it into the
permanently installed outlet. They often used this spot for events when the weather was
nice. The President stepped up and said, “America’s Squadron, I salute you and the
American people salute you. I am…” he bowed his head for a moment as it slowly began
to dawn on him why they might be here. “…I am humbled that you have taken the time
to come here to what is truly your house. You have fought for it and have bled for it. Your families have paid dearly for it. I am just its temporary caretaker. But make no
mistake, it is yours and by God always will be yours.”

The Author
Chris Malburg is a widely published author, with work spread over 11 popular business books--includingHow to Fire Your Boss (Berkley) and Surviving the Bond Bear Market (Wiley, March 2011).  In his other life, Chris is a CPA/MBA, a former investment banker and now the CEO of Writers Resource Group, Inc., providers of professional financial literary content to corporations (www.WritersResourceGroup.com).  That’s the professional side of Chris’ career.  The fun side began when UCLA’s Writers’ school taught him to transition from biz-speak to fiction. GOD’S BANKER and the first installment in the Enforcement Division series, DEADLY ACCELERATION, both combine Chris’ natural talent for story telling with his professional command of the high-stakes investment world and what money and power do to some people.

GOD’S BANKER  came to fruition from Chris’ hospital bed while recuperating from an athletic injury.  As a long-time endurance athlete, Chris is no stranger to the surgeon’scalpal.  Over 130,000 words later,GOD’S BANKER was complete.  “It just poured out me,” says the author.  “I carried my note pad to physical therapy; made plot notes during the hours in the gym doing rehab; even while on my long bicycle rides through the hills overlooking the Pacific Ocean where we live.  Slowly endurance returned and with it, GOD’S BANKER.”

Chris Malburg lives in Los Angeles with his wife, Marilyn.  Their hobby is raising service dogs for Guide Dogs for the Blind.  As of this writing, they have raised eight Labrador retrievers and have had three make the cut for placement with their disabled partners.