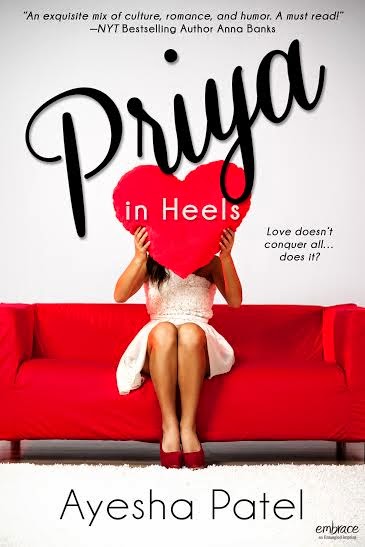 Synopsis:
Priyanka Patel is the epitome of an obedient daughter. She’s finishing up her medical residency at one of Houston’s busiest emergency departments, and has agreed—albeit reluctantly—to marry the man her family has chosen for her. The only thing that can derail the “perfect” life laid out before her is the sexy musician down the hall who wants into her life…and into her bed.

Tyler O’Connor has been infatuated with Priya since she treated his sprained ankle in the ER, and after saving her from a brutal attack, he can't get her out of his head. When Priya puts her family's wishes before their relationship, agreeing to an arranged marriage with another man, Tyler is devastated.

But love is fierce and unreasonable and clashes with the carefully sculpted life her parents want for her. Is going after her heart such a big deal, or will it truly unravel Priya’s world?


Dubbed a romance that's "sweet and sexy with a dash of spice" by USA Today Bestselling Author Nicola Marsh, this delightful multicultural contemporary romance centers on a perfect daughter who falls in love with an imperfect man. Readers will cheer for Pree as her relationship impacts her parental relations, her friends, and her career as doctor.


Want to get to know Ayesha better? Check out this exclusive interview!

Praise for PRIYA IN HEELS:
"Priya in Heels is an exquisite mix of culture, romance, and humor all brought together by two characters you can't help but love from the get-go. It's a must read!" —NYT Bestselling Author Anna Banks

"Chemistry jumps off the pages in this sexy-fun tale of family, “firsts," and doing anything for true love. I swooned over Ty right along with Pree!" —USA Today Bestselling Author Ophelia London


Reese's Reviews:
I received a copy of Priya in Heels for an honest review.

Priya helped Tyler with a sprained ankle and now they’re seeing each other everywhere. Most likely, because her best friend/ roommate are trying to set her up with the sexy Irishman who lives down the hall. Priya wants nothing to do with Tyler and his sexy self but he’s not backing down without a fight. Soon Priya becomes smitten with Tyler and while her family is trying to set up a somewhat arranged marriage. Priya doesn’t know what to do or if Tyler is worth losing her family over. It’s a constant push and pull soon everything will snap and Priya will have to decide.

After finishing this book at two or three in the morning I feel as if I have a love hate relationship with this book.

What I Liked:
I loved Tyler. First off he’s one of the best boyfriends I’ve ever read about. He’s patient and caring and just the best book boyfriend in all of ever. While Priya is being overly rude to him he never despairs and just ups the seduction. He even learns languages and watched Bollywood for her. He also saves her life and stays the night (nothing sexual) when she’s scared. Amazing right?

The entire story was truly amazing. I loved learning more about Priya’s family and friends’ culture. The complexity of the Indian culture was amazing to read about. I enjoyed learning about the food, the ceremonies, the different songs and dances, where people sit and what different people are called. Honestly amazing. I loved learning about the culture. While there are some differences in the culture that ultimately caused some issues with all the different characters throughout the story, it was truly amazing.

There were times when the Indian culture the Priya held onto so close became smothering but it definitely added to the authenticity of the story.

Priya’s and Tylers friends and family were also awesome. Caring and yet all of them had different personalities which I sometimes don’t see in novels. All the characters held something important and added differing ideas and viewpoints to the story which was great. While none of them had their own POV in the book besides Priya and Tyler I had to love a great deal of them.

Lastly I definitely held this book near and dear for the personal connection. I definitely understood Priya’s plight when going against her family and their wishes. It’s definitely difficult to do something you want when no one around you approves. Priya and I were often at a great understanding for that struggle.

Oh and second lastly, the writing of Priya in Heels was phenomenal and just off the charts.  Ayesha Patel definitely has something special with her debut novel. There was such amazing detail to everything but it wasn’t overdone. The characters were so authentic I felt as if I knew them and felt what they felt. Such an amazing story that I laughed, cried and stayed up late into the night to finish because I couldn’t stand putting it down to even eat or sleep. That is truly impeccable writing and I will be adding Ayesha’s name to my favorite authors list.

What I Disliked:
Is it terrible to say the one main aspect about this book that held me back from loving it is Priya the main character? While I understood her character and the issues she had with going against her culture for love a lot of the actions she took over the course of this book were so incredibly rude and hypocritical I could barely stand it.

When he father mentions the whole “us and them” mentality she cringed because she didn’t like how he was differentiating them from Americans. Yet then she does the same thing.

She decided leaving the country last minute would be a great idea but doesn’t tell Ty who has been tending to her every need and then when she gets back has the nerve to wonder why he only texted once…um the phone works two ways sister.

She was all around just very judgmental of her friends and her family. She was extremely rude to Tyler pretty much throughout the entirety of this book if I’m going to be honest. I mean she saw him as a fling and she knew he was in love with her but she continued to use him and then be extremely rude and hurt his feelings time and time again but couldn’t care less. She’s judgmental of her friends which her friends tell her and she just says I would never, except yeah you would just a couple pages ago actually.

So yeah, she really irked me throughout this book and I just couldn’t like her like I wished I could.

Would I recommend this book? Hecky yeah I would. Like I said I seriously could not put this book down and that was even with Priya being a big giant Beoch throughout the book. Everything else about this story is fantastic. You will without a doubt fall in love with these characters. Tyler is perfect the romance is HOT like I need to take off my clothes and get a fan HOT. Plus a lot of talk about Tyler’s abs and you definitely don’t want to be missing that action. Loved this story so much.

Visit Entangled Publishing to pre-order and get a sneak peak at PRIYA IN HEELS! 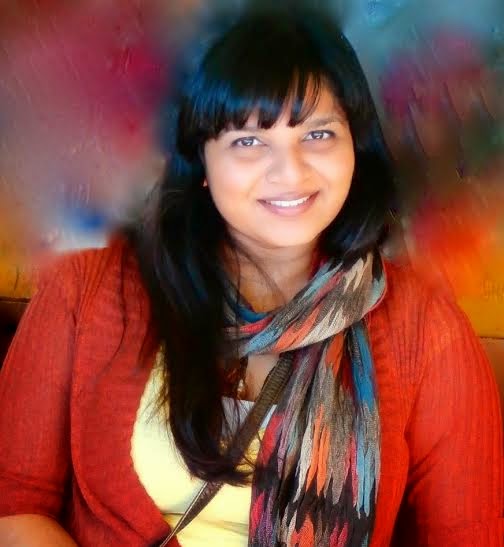 Ayesha Patel:
Ayesha Patel was born in the rich and colorful state of Gujarat in western India before moving to Texas. She quickly found her footing in languages and creative writing and weaves her diverse background into her stories. She currently lives in the beautiful, though rainy, state of Washington with her husband. With a splendid view of Mt. Ranier behind her, a cup of coffee in her hand, and a ridiculously fast laptop at her fingertips, Ayesha is thrilled to explore the literary world.