Review: Fix You #3 by Christine Bell 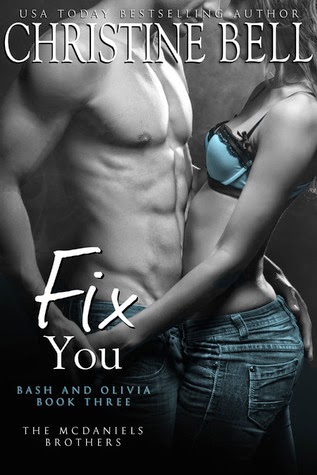 Blurb:
The final installment of Bash and Olivia's story, May 20th!

Now that Bash has a second chance with Olivia, he doesn’t want to blow it, but if he tells her the truth about his nighttime activities, he could lose her forever.

Olivia loves that Bash is willing to stick his neck out for those he loves, but not when it might ruin his career...or worse. When she finds out he’s left her bed in the middle of the night to compete in an illegal, bare-knuckled fight run by a notorious Boston mobster, she’s furious.


How can she trust Bash if he keeps lying to her? And how many more times can he put himself at risk before it finally catches up with him?

My Review:
Bash left Olivia to enter a fight. He needs to money to save his family from the mob. Fighting is in his blood and he needs to protect what’s his. What he doesn’t expect to find is Olivia and Matty is the crowd cheering him on. He doesn’t expect Olivia to stay with him and to understand him. Everything seems to be looking up, but then Bash lies to Olivia and she walks out. Now Bash has to figure out what he’s going to do because when Olivia comes back into his life by force he needs to decide if he’s going to protect her or keep her as his equal.

I honestly enjoyed this mini trilogy. Based on the first book I didn’t think I was going to. However, after the second book I knew there was no way I couldn’t not read the last book. Bash and Olivia’s story is hot and full of danger. The mob, psycho ex-boyfriends, losing everything they have and they find a way to get through it.

I truly enjoyed these stories but I honestly don’t think I’ll continue reading the McDaniel Brothers series. There just isn’t enough content and the stories are much too pricey to continue reading. So with that being said I did enjoy this mini trilogy and am glad I had to opportunity to read it.

Teaser:
"Everyone knows that anything a guy says to you when his dick is in you doesn't count."

Swoon:
"Cannoli, Twinkies, and Pabst Blue Ribbon on the roof. It might not be normal, but it was my first taste of our normal, and it was perfect." 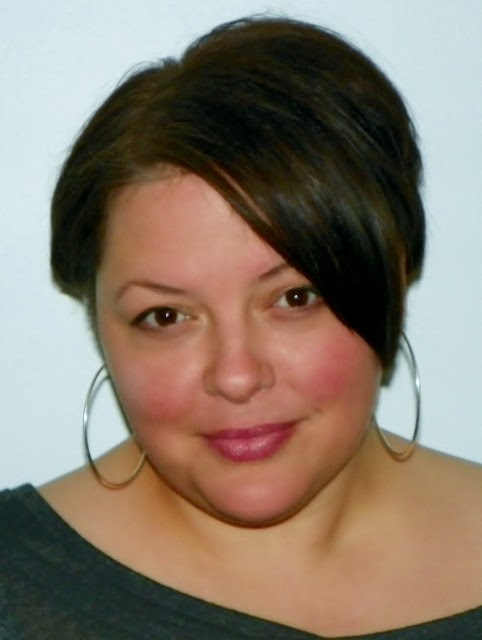 Christine Bell is a romance author and also writes erotic romance as Chloe Cole. She and her handsome hubby currently reside in Pennsylvania with a four-pack of teenage boys. If she gets time off from her duties as maid, chef, chauffeur, or therapist, she can be found reading just about anything she can get her hands on, from Young Adult novels to books on poker theory. She doesn’t like root beer, clowns or bugs (except ladybugs, on account of their cute outfits), but lurrves chocolate, going to the movies, the New York Giants and playing Texas Hold ‘Em. Writing is her passion, but if she had to pick another occupation, she would be a pirate…or, like, a ninja maybe. She loves writing steamy romance stories, but also hopes to one day publish something her dad can read without wanting to dig his eyes out with a rusty spoon.
Check out Christine Bell at these sites: Website| Blog| Facebook| Twitter| Goodreads