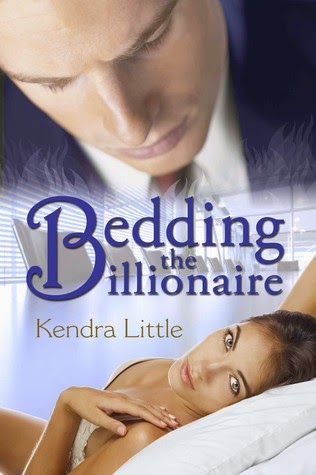 Blurb:
Abbey is having a bad day. Not only did she quit her job after discovering her ex boyfriend slept with her friend, she's about to have sex with a complete stranger. In front of a hidden camera.

Nick Delaware is called The Machine by his employees, but on an interstate business trip, he's not himself - literally. His VP of Marketing has skipped town, so Nick assumes his identity at the last minute to protect his investment. He doesn't expect any problems, especially not in the guise of a beautiful woman who coerces him into having sex with her.


What happens when Abbey finds out Nick's not the man she thought him to be? And what happens to Nick when he discovers he's head over heels in love with a woman who makes him lose control.

Thoughts:
After Abbey caught her boyfriend and friend sleeping together she quits her job. Now she’s on her own trying to find a new one. When her best friend asks her to go undercover as a “masseur” to try and seduce Mr. Vane so that his wife will finally have evidence that he’s cheating. Only nothing goes as planned. Now he wants to spend time with her and get to know her. He’s nothing like she expected.

Nick Delaware just had one of the best nights of his life. Sure the woman thinks he’s Mr. Vane which isn’t true but now he can’t get Abbey off his mind. He doesn’t know what’s going on but he isn’t in Melbourne for pleasure. He’s there for work. However the more he finds out about Abby the more he’s sure something else is going on in the works.

Bedding the Billionaire was free and I think still is free on amazon. I have to say while I enjoyed the story enough Nick was too much of a jerk for me. I mean I get the whole trust thing but really? I mean he’s a jerk. He wants people to like him but he’s so cold and stand-offish. He calls Abbey a whore even after she tells him she’s not. He thinks she’s stupid and then surprised she’s had a job. He never trusts her and I really don’t know what to think about them ending up together. Since yeah they end up together obviously. I don’t know the whole book was good except for him and he might have been that way to add drama to the story…oh well.

Overall I am happy I got this story for free but it was nothing special.