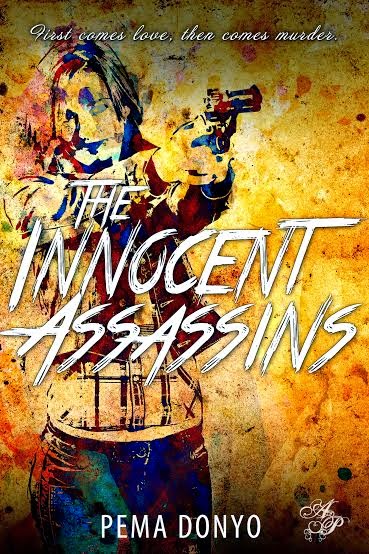 Title: The Innocent Assassins
Genre: New Adult thriller, romantic suspense
Summary:
There are three rules to staying an assassin at the corporation of Covert Operatives: (1) your parents must be deceased, (2) your contracts must remain confidential, and (3) you must be under the age of eighteen.

After a murder mission goes awry a month before her eighteenth birthday, Covert Operatives assassin Jane Lu finds herself caught by the federal government and forced to spy for the CIA while remaining in Covert Operatives. Once her spying mission is over she will be allowed to live a civilian life without facing criminal consequences, a life she’s only dreamed of having.

As Jane leaks information to the CIA, she uncovers secrets with enough power to both destroy Covert Operatives and her own boyfriend, Adrian King, who’s next in line to be CEO of the company. When her identity as a double agent for the CIA is discovered within Covert Operatives, she must decide where her allegiance, and her heart, truly lies. 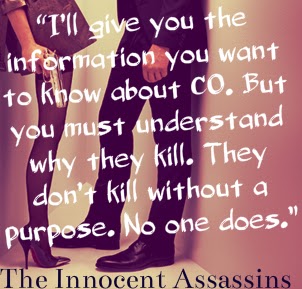 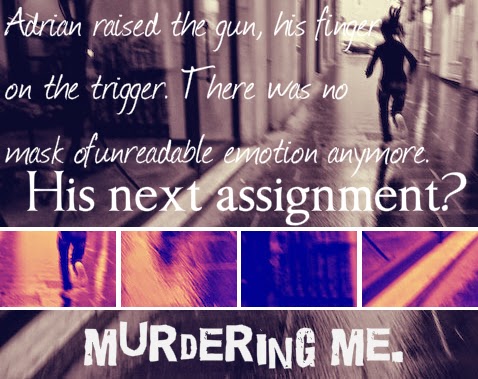 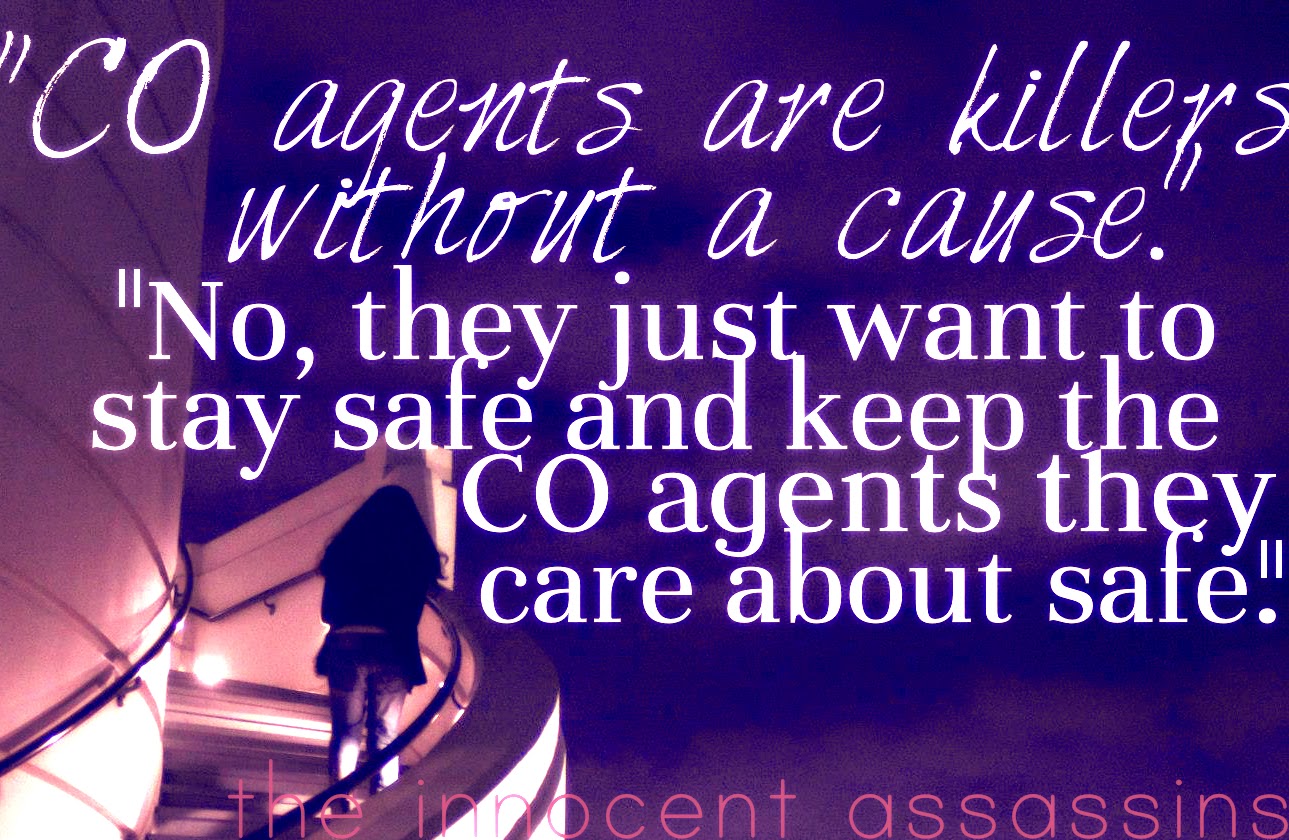 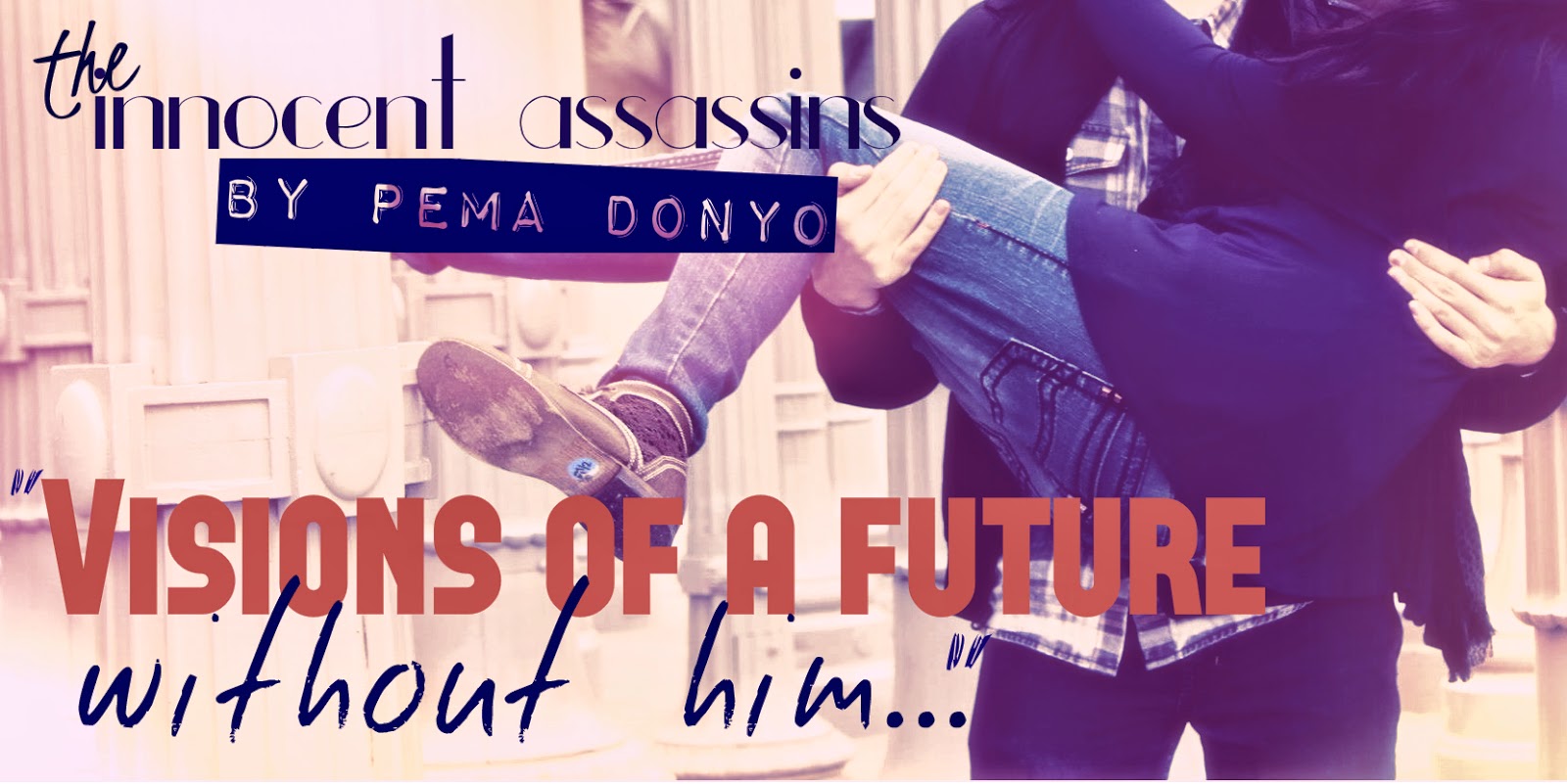 Excerpt:
Rough cloth slid across my face and pulled down against my shoulders. I screamed. Someone yanked my wrists behind my back and tied them together with coarse rope. Another set of hands bound my legs. How many were there?

I struggled to make contact with a body, swerving from side to side with wild abandon in spite of my inability to see anything. What worried me most weren’t the people trapping my body or the sudden needle injected into my neck which slowed my thoughts and faded away my consciousness.

It was the voice next to my ear—cold, hard, and determined.

I blinked away the unconscious haze, my hair and face dripping from the unwelcome drench. The first thing I noticed was the boardroom, similar to the ones I negotiated contracts in. But there was no contract here—only a long, empty rectangular table and looming executives and agents on either side.

In front of me stood Adrian, his expression unreadable as he studied me.

“I tried to stop you.” His voice reminded me of the cold water dripping from my clothes. “I warned you.”

“By hiring assassins to scare me? I thought you knew me better. Nothing scares me.”

“You know I never wanted to be…” I swallowed hard. “This.”

“I changed Covert Operatives for you.” Emotion leaked into his voice, brimming with frustration. “I tried to give you what you wanted.”

“And force others against their will to work for CO their entire life?” I spat. “I think not.”

“When did you switch sides?”

“When I was arrested, Adrian. It was after our mission went wrong. The CIA gave me a choice. Go to prison and face the death sentence or work for them.”

I glared at him. “And hide away for the rest of my life?”

His shoulders stiffened. “No one would be hiding.”

“I want a life removed from murder. The CO job was always temporary! It was never what I wanted to do for the rest of my life.” I averted my gaze. “Don’t you know there’s only one way this can possibly end? Kill me or let me go.” 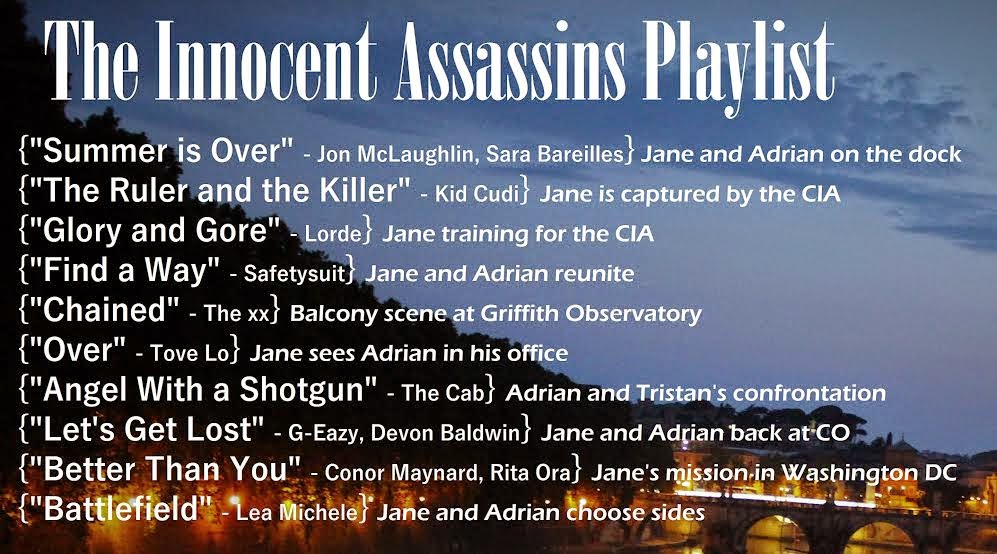 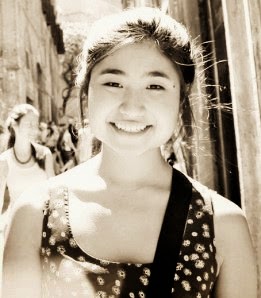 Biography:
Pema Donyo is a coffee-fueled college student by day and a creative writer by night. She currently lives in sunny Southern California, where any temperature less than 70 degrees is freezing and flip-flops never go out of season. As a rising sophomore at Claremont McKenna, she's still working on mastering that delicate balance between finishing homework, meeting publisher deadlines, and... college.

Her debut novel, The Innocent Assassins, is signed for publication with Astraea Press in June 2014. Catch up with her latest release information or writerly musings on her website.

Don't forget to enter the giveaway:
a Rafflecopter giveaway