Jennifer Chance is back with another novel that'll keep you hooked. (Seriously!)
Anna Richardson meets the baddest (and sexiest) of bad boys in FAKE IT, the second novel in Jennifer Chance's sizzling Rule Breakers series, out on July 1, 2014 from Random House. This one is not to be missed, especially if you're looking for a bad boy fix! 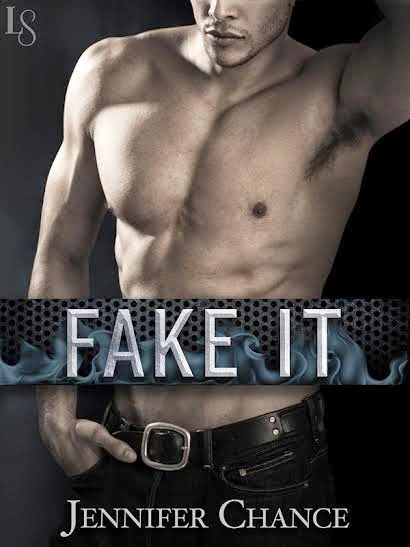 About FAKE IT:
As her sizzling new series continues, Jennifer Chance sparks some serious combustion between a sexy biker and a corporate go-getter who’s ready to let her hair down.

New grad Anna Richardson works hard—so hard that she’s given up having a romantic life. Anna has even convinced her friends that she’s dating an amazing guy—who they’ve simply never met. But now Anna has a wedding to attend and needs to produce the hottie she’s been lying about for the past six months. Enter Jake Flynn, her infuriating, motorcycle-riding, jaw-droppingly gorgeous neighbor, who’s more than willing to fake it for a weekend. In fact, Jake won’t be satisfied until things get real.


Though Jake is only playing the role of adoring boyfriend, he’s starting to feel the heat, and judging by Anna’s sweet blush, so is she. Letting chemistry this intense go to waste would be a real shame. Soon, though, the thin line between fantasy and reality fades. Jake may not be what every buttoned-up fast-tracker wants, but he’s sure as hell what Anna needs. And if she takes a ride with him, their adventure never has to end.


Also in the Rule Breakers series: ROCK IT by Jennifer Chance!


My Review:
Anna needs a date and quick. After her latest boyfriend broke up with her six months ago all of her friends have been trying to set her up. So she made up a fake boyfriend ‘Dave.’ Now she has one week to find a guy who will fake being her long term boyfriend for her friends’ wedding. When her hot neighbor Jake comes walking into her life he’s her only chance at pulling this weekend off. What she doesn’t know is that Jake will change everything.

Anna has worked her whole life so she would never have to want for anything. After living with her mom out of their car when she was younger she NEEDS security. Jakes’ lifestyle is anything but security. He moves from place to place and works whenever wherever.  Jake is the last guy a girl like Anna thinks she wants but he’s everything she needs. Jake really calls Anna out on the stuff she does and how she is living her life. Jake is a bit wild and reckless but he really cares for Anna and wants to show her what life is all about. Anna and Jake are really cute together. They really balance each other out. Jake calms Anna and Anna grounds Jake and makes him feel calm in a way he never has before.

I thought Fake It was a cute steamy read. The characters were nicely done and the whole story was well written. I wish I had gotten more into the back story of Anna’s friends and family since then I could get a feel for why everyone was so strange. Fake it is a nice quick read that was very realistic and inspiring.

Excerpt 4 - I thought Anna said your name was Dave
“Jake,” Anna heard herself say, except she didn’t recognize the voice as she swayed in Jake’s arms. It sounded throatier than hers. Sexier. She liked the sound of this new Anna, and she liked that Jake did, too, as he drew her closer and dropped his hands to the small of her back, his fingers just riding the curve of her hips.
“Anna,” he said, his mouth curving into a smile. She blinked and realized that she’d been staring at his lips. When she lifted her gaze to his, though, she didn’t know what she would do with the intensity of emotions bared there. Was she actually seeing this correctly? Was he truly interested in her body? The concept was ... completely foreign to her. She’d had men appreciate her sense of humor, her ability to hang out. She’d had men even comment on how smart she was, how insightful. But nobody wanted her for her body—she wasn’t thin, she wasn’t buff. She had a few too many curves to fit into any current style of clothing in stores. And yet there was no denying Jack’s physical interest, and her own sensual response. Could it really be that easy?
She tried again. “Jake, I would like that. For you ... for us, to make ... I mean, not to make love, that’s overstating. I mean, I barely know you, and—ah!”
Jake had taken the opportunity while she was trying to construct intelligent sentences to lean back while keeping his hold on her lower waist. The movement put the hardest part of his body in intimate contact with the neediest part of hers, and Anna felt her mouth fall open, her breath caught in her throat.
“I don’t think you need to explain yourself any more, Anna,” Jake said, his voice now deeper as well. “In fact, the more you keep talking, the more I think we should lose the beach house and just check into a hotel now, before anyone or anything—”
“Hey! There you are!”
Jolted out of Jake’s hypnotic spell, Anna half-whirled in his arms to see Kristen trooping down the beach toward them, leading a crew of a half-dozen people from the house. She recognized about a third of them, but the guy second in line behind Kristen made her heart shrivel up into a tight little ball.
“You okay, Anna?” Jake’s words were low, but there was no mistaking the sudden intensity in his voice. “Is this the guy?”
“Yep,” Anna said. She stood a little straighter and moved away from Jake, still close, but not hanging on to him. She didn’t want to be hanging on to anyone when she dealt with Todd. She felt the sun beating down on her, trying to melt her into the sand. But she kept her smile bright and wide. “Hey there!” she called back. “I can’t believe how long it’s been since I’ve seen some of you guys!”
“See?” Kristen said triumphantly. “I told you she’d arrived with her mystery man. Everyone, meet Jake. Jake, everyone. You’ll never remember all of the names, but at least we can make the attempt.” She waggled a finger at him. “Don’t you dare be as antisocial as Anna usually is.”
“Jake?” Todd stepped forward and stuck out his hand, which Jake took easily, not even trying to crush the guy’s hand, even though Anna would have been completely okay with it if he had. “Todd Moreland. I thought Anna said your name was Dave.”


Guest Post:
The Scariest Part about Writing (and how to get over your fears)

Sharrice, thank you so much for hosting me on your blog! I was also super intrigued to dig into your blog topic, as my answer to “The Scariest Part about Writing” has never really changed for me over the years. For me, the scariest part about writing is: putting the work out there for readers to read.

When I was an aspiring author, I knew I needed to work on my craft, but I had a pretty good idea that I was meant to be a writer. After all: I was making my living as an advertising and marketing copywriter, so words were already my trade.

But was I any good at fiction? One easy way to find out, I decided, would be to submit my work to contests. However, as I quickly learned, those contests were often judged by fellow writers, not pure readers. So win or lose (and I did my share of both!). . . that wasn’t really the kind of judgment that worried me.

Submitting my work to the publishing world, however, was something else entirely. Sending my work to editors and agents was a big step closer toward my work getting in the hands of final readers. So, that’s what I did next.

First I had to get over submitting a query letter. Then a partial. Then requests for full manuscripts came in, and I had to get over that fear. And then, finally, I got an agent! I sold! I thought my fears were over . . . until I realized that I still had yet to put my work out for actual readers.

So in considering all of this, I wondered: HOW do I do that thing that makes me afraid? What helps me overcome me fears? And I’ve come up with five quick tips to power through, in case you find them useful!:

Fear is big. Sometimes all consuming. So in order to really get through it, your “Why” has to be even bigger. In other words, your reason for doing this scary thing has to be the most powerful driver in your universe. (Especially if it has to keep inspiring you to face your fears ongoing!) If your Why is big enough, you can do anything.

Fear is one of those things that builds up when you’re not looking. Walk away from a project for a day, and it builds a little. Walk away for a week or a month, and it becomes almost insurmountable to open up that project again. So do yourself a favor: work with that thing you fear every day. Even if it’s just for a few minutes, it will help you keep Fear from getting out of hand.

3. Create a path of successes.

Fear is never an easy path . . . but along its twisting road, you can still find the occasional rose. Identify things to celebrate. Finish a chapter? Finish the day’s goal? Finish the book? Even if these things don’t address your key fear (sending the book OUT there into the world, in my case) these successes are worth celebrating. Feel good! You are moving forward. Even if some days that “moving forward” is really just more of an aggressive lean . . .  

Working in an area that brings you fear can be draining. So be kind to yourself. Rest often. Eat well. Refill the well. I don’t do this enough, but it’s a critical way to help you keep your center. And to help make sure you return to your work, day after day.

5. Honor your circle of support.

Many of our biggest dreams feel like a solitary pursuit, but if we look carefully, we can see that there are people walking with us, who help make our way a little easier.  Whether they are your family, your friends, your writing buddies, or your guardian angels—these individuals are there to uplift or instruct you, exactly when you need it. Sometimes it’s not easy to hear what they say, but learn to listen.  Thank those souls who walk with you, and seek to understand and accept their gifts (even if they’re not wrapped in bright shiny packages. . . sometimes the hardest-to-hear advice is the best gift of all). The more you open yourself up to those who are worthy of your trust, who want nothing more than for you to succeed, the more you’ll be ready to do that thing you fear.

And here’s my wish for you and all your readers: May you always keep doing that thing you love, even when it gets scary. 

It's giveaway time!!!!
a Rafflecopter giveaway 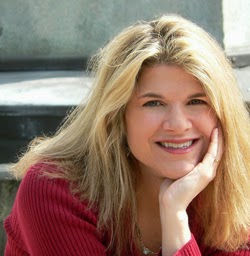 About Jennifer Chance:
Jennifer Chance is the award-winning author of the new adult Rule Breakers series. A lover of books, romance, and happily-ever-afters, she lives and writes in Ohio.