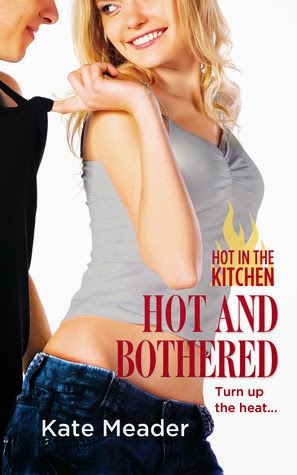 Although her baby boy keeps her plate full, Jules Kilroy is ready to take her love life off the back burner. Despite a bevy of eligible bachelors, it's her best friend, Taddeo DeLuca, who's fueling her hormones with a generous serving of his mouth-watering Italian sexiness. But Jules learned her lesson once before when she went in for a kiss, only to have Tad reject her. She's vowed never to blur the lines again . . .

After a lifetime of excuses and false starts, Tad has finally opened a wine bar, a deal made even sweeter when Jules joins his staff. Lovers come and go, and he's had his share, but friendships like theirs last forever. Still, ever since he tasted her luscious lips, he can't stop fantasizing about what could be. Then she signs up on an online dating site-and the thought of his Jules with another man makes Tad's blood boil. Even if he gets burned, Tad can't stop himself from turning up the heat this time.

My Review:
I received a copy of Hot and Bothered from Netgalley.

Hot and Bothered was a disappointment for me. Throughout most of this book I all I could think was; “Come the hell on” because honestly this book did not need to be as long as it was.

Jules is ready to start dating but the only guy she wants is her man-whore best friend Tad. She’s wanted him since she first met him but he’s never given any indication that he sees her as more than a friend. So now Jules is setting up dates from dating websites. What she didn’t expect was for Tad to offer himself to her as a filler bed buddy until she finds someone special. Tad has been in love with Jules from the moment she walked into his life pregnant and homeless. The only problem is he doesn’t deserve her. Now it’s up to Jules to show Tad she’s worth the risk of his heart and that he’s worth everything to her and her son.

Jule’s character was alright I guess. I wouldn’t give her a gold star or anything but she did have some character development throughout the story so I didn’t totally mind her. She’s talented but since she has dyslexia she doesn’t think she’s worth anything to anyone. After being abandoned time and time again her character has some self-esteem issues. She doesn’t think she’s sexy, smart or talented and she works hard over the course of this book to overcome her insecurities.

Tad has been hurting since his parents have dies. The only time he ever feels okay is when he’s with Jules and her son. He wants nothing more than to be with her but he thinks that he breaks everything he touches. Tad’s character was probably my favorite since he grew the most over the course of the book and his jealousy was honestly adorable.  I didn’t like when he would get ticked off for no reason and then blow of Jule’s when he needed her but that was honestly his only fault.

Here is where this book was a loss to me. Not enough dialogue. Most of this book consisted of long drawn out thoughts or description. Between every bit of dialogue there were about six paragraphs of description before the other character answered. Seriously? I mean is the character lost in thought? Do we really need a long description of forearms and smiles again for the fiftieth time? I didn’t think so.

All in all while I wished I could have loved this book I could not do it. I thought the whole story with its complications could have been cut down because the entire book was too long for what happened in the story. There were some good parts in this story such as the humor but other than that this book was a dud for me. 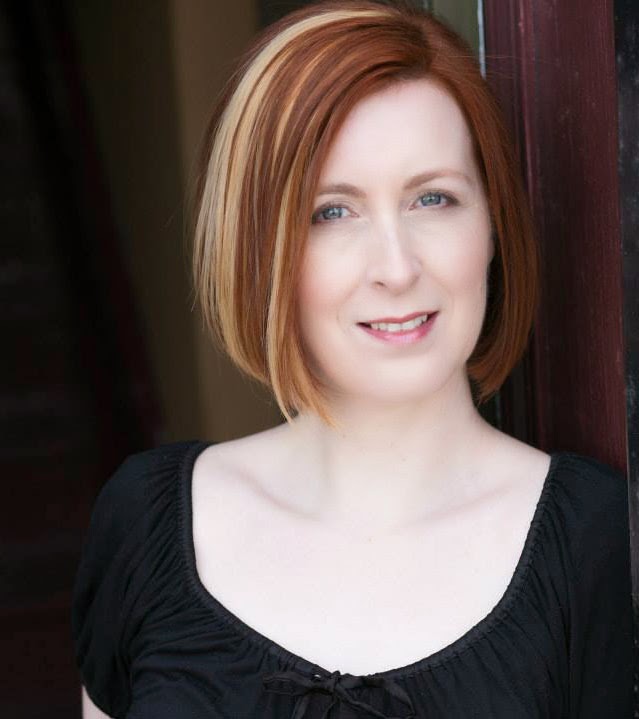 Kate writes sexy contemporary romance that serves up to-die-for heroes and heroines with a dash of sass. Originally from Ireland, she cut her romance reader teeth on Catherine Cookson and Jilly Cooper novels, with some Mills & Boons thrown in for variety. Give her tales about brooding mill owners, oversexed equestrians, and men who can rock an apron, and she’s there. She has a bachelor’s in law (useless), a master’s in history (not as useless), and another master’s in library and information science (yay, using). When not writing about sexy men and the women who can match them quip for quip, she works in an academic library in Chicago.
Fine Kate Meader here: Wesbite/ Facebook/ Twitter/ Pinterest/ Goodreads