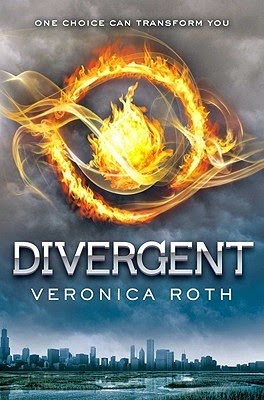 Blurb:
In Beatrice Prior's dystopian Chicago world, society is divided into five factions, each dedicated to the cultivation of a particular virtue--Candor (the honest), Abnegation (the selfless), Dauntless (the brave), Amity (the peaceful), and Erudite (the intelligent). On an appointed day of every year, all sixteen-year-olds must select the faction to which they will devote the rest of their lives. For Beatrice, the decision is between staying with her family and being who she really is--she can't have both. So she makes a choice that surprises everyone, including herself.

During the highly competitive initiation that follows, Beatrice renames herself Tris and struggles alongside her fellow initiates to live out the choice they have made. Together they must undergo extreme physical tests of endurance and intense psychological simulations, some with devastating consequences. As initiation transforms them all, Tris must determine who her friends really are--and where, exactly, a romance with a sometimes fascinating, sometimes exasperating boy fits into the life she's chosen. But Tris also has a secret, one she's kept hidden from everyone because she's been warned it can mean death. And as she discovers unrest and growing conflict that threaten to unravel her seemingly perfect society, Tris also learns that her secret might help her save the ones she loves . . . or it might destroy her.

My Review:
I FINALLY read Divergent! I know I am probably one of the last YA readers to have not read Divergent until now. I was a little hesitant about reading Divergent at first only because I still don’t know how I feel about Dystopian novels.

Beatrice Prior lives in a world where factions are the norm. When the children come of age they go through a test to find out what faction they belong to: Candor (the honest), Abnegation (the selfless), Dauntless (the brave), Amity (the peaceful), and Erudite (the intelligent). Beatrice and her family belong to Abnegation and while Beatrice loves her family, she never truly feels like she’s enough for the life of a Abnegation. On the day of the testing she’s told she’s a Divergent and to stay hidden. However, she’s also given two options: Abnegation and stay with her family, but the good selfless girl she was raised to be. Or join the Dauntless and take what she’s always wanted. She chooses Dauntless. Now it’s a race and a test of strength, smarts, and alliances to get through the Dauntless testing or become factionless.

Wow! I have to say I wasn’t expecting what I got from Divergent. First off, let’s start with the characters.
Beatrice was pretty kick-ass if I do say so myself. She definitely had the whole heroine in the making throughout this book. She never really gets scared about a lot of things and instead can face them head on and think through them. She stands up for her friends until the bitter end and I liked that about her. She was willing to take a knife for her friend. She can sometimes be overcome by her emotions but at other times seem emotionless. That was somewhat bothersome to me because none of her angst seemed real I guess. Despite all that though, I really enjoyed reading from her perspective and following her as she learns about the corruptness of the factions.

Four was the real mystery to me though. While I knew almost immediately he liked Beatrice, and had some ties to Abnegation I never truly realized how complex of a character Four truly was. He definitely has a high ideal of what everyone in the world they live in should be like. He also keeps Beatrice in check a lot of the time when she seems to want to be going in without a plan or she takes things too far. He seems like the strong broody type who has deep hidden secrets and feels. Four is totally book boyfriend material though. He’s definitely caring and sweet but still strong and protective.

While I really did enjoy Divergent there was just something missing in this book for me. I’m not sure honestly what it was which is really bothersome but I just wasn’t “in love.” I think it may have been just how easy this story was to figure out and how Beatrice while an amazing character seemed almost emotionless.

All in all, I really enjoyed Divergent. Veronica Roth has done an amazing job creating the world of faction. I enjoyed the action and getting to know all the amazing characters besides Beatrice and Four. If you haven’t read this book yet I would suggest it to you. It’s a nice, easy, and enjoyable read.

Teaser:
"Why..." I swallow hard. "Why is that your first instinct?"

"Fear doesn't shut you down; it wakes you up. I've seen it. It's fascinating." He releases me but doesn't pull away, his hand grazing my jaw, my neck. "Sometimes I just want to see it again. Want to see you awake.”

Swoon:
“I might be in love with you." He smiles a little. "I'm waiting until I'm sure to tell you, though.” 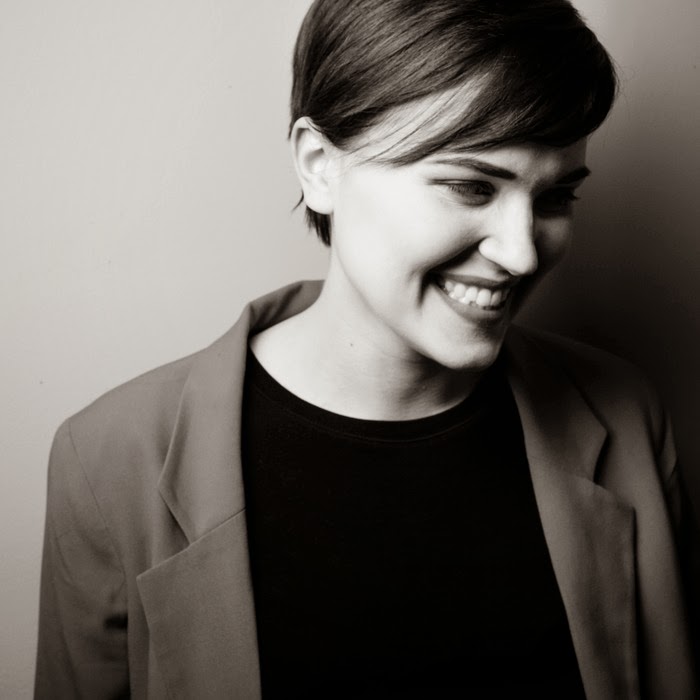 Veronica Roth is from a Chicago suburb. She studied creative writing at Northwestern University, and wrote DIVERGENT (Katherine Tegen Books, May 2011) and INSURGENT (May 2012). The third and final book in The Divergent Trilogy, ALLEGIANT, will come out on October 22, 2013. In the meantime she will spend endless hours browsing Wikipedia in her pajamas as she eats corn flakes. (Or some other kind of bland breakfast cereal.)
Blog/ Tumblr/ Goodreads/ Facebook/ Twitter