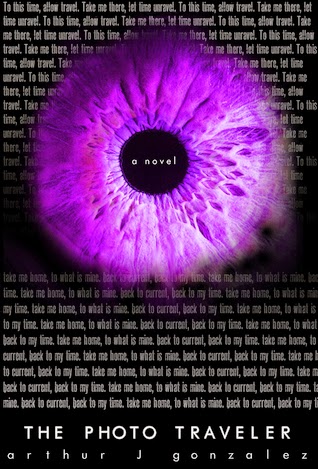 Blurb:
Seventeen-year-old Gavin Hillstone is resigned to being miserable for the rest of his life. Left alone in the world after his parents died in a fire when he was four, he was placed in foster care, which for him meant ending up in an abusive home with an alcoholic adoptive father.

Gavin’s only escape is in taking and creating images. His camera is his refuge from the unending torture and isolation of daily life in his “family.”

Until he learns by accident that he isn’t alone in the world after all. His father’s parents are still alive and living in Washington DC.

When he takes the plunge and travels 3,000 miles to find his grandparents, he learns that they—and he—are part of something much bigger, and more dangerous, than he could ever have imagined. Something that has always put his family at risk and that will now threaten his own life, while forever changing it.

He learns that he is one of the last descendants of a small group of Photo Travelers—people who can travel through time and space through images. But his initial excitement turns to fear, when he soon discovers that he and his grandparents are being pursued by the fierce remnants of a radical European Photo Traveler cult, the Peace Hunters. What Gavin has, they want!


My Review:
I received a copy of The Photo Traveler for an honest review.

Gavin’s story is unique. After escaping his abusive adoptive family he finds out he’s a photo traveler. He can travel through time in photographs which is cool. However is comes with consequences because he changes things in the past which upset the future. Gavin gets in trouble a lot and gets into a relationship with a girl that happens waaay to fast. Gavin finds out a lot about himself and about the people around him and I enjoyed that. I think The Photo Traveler definitely took photography and time traveling to a whole new level. Death, betrayal, and finding a family you never knew with the ability to travel through time is definitely not the life Gavin was looking for when he set out to find a new life. Kind of excited to see what happens next. Great writing style.

I had a really hard time connecting with this story. While interesting enough it didn’t pull me in. Gavin was kind of a brat and while I understood his situation I honestly didn’t care about him at all. Sad but it happens. I did enjoy the adventures Gavin went on although they had a lot of drama in them. All in all an interesting story with lots of angst. Gavin's moodiness I think is was really made me dislike him a bit.

All in all, an interesting story that I'm sure will have more to come. Nice writing although a little fast paced. Very unique idea with an interesting cast of characters. Enjoyable.

THE PHOTO TRAVELER is young adult author Arthur J. Gonzalez’s first novel. Arthur was born and raised in Miami surrounded by his loud Cuban family. He graduated from the University of Florida, where he acquired his coffee obsession and his chocolate hoarding antics. He’s the proud father of one baby girl, Sookie—his miniature schnoodle dog. Arthur is a self-professed goofball who spends 98% of his life laughing. He’s now working on multiple novels, including the sequel to THE PHOTO TRAVELER, THE PEACE HUNTER.
Fine Arthur here: Wesbite/ Goodreads/ Twitter