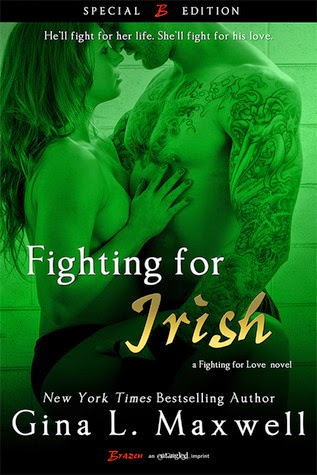 Kat MacGregor has forty-eight hours to make good on the debt her ex-boyfriend owes a crime boss. Unfortunately, the measly tips she makes waitressing are barely enough for her to live on, much less cover the twenty-thousand needed to keep her breathing. With time running out, Kat 's forced to accept help from the only man who's ever made her feel fire rather than fear.

When he learns a friend's sister is in trouble, former Boston MMA fighter Aiden "Irish" O'Brien heads to Louisiana to offer himself up as collateral to keep her safe. But to satisfy the debt, he has to do the one thing he swore hed never do again: fight. With more than just money on the line, will Irish have what it takes to not only reclaim the man he once was, but become the man he needs to be for the woman he can't live without?


My Review:
Kat and Irish both have dark pasts. Kat’s been used and abused so many times she has a hard time letting people touch her or get close. Aidan or Irish made one mistake and it got someone he loved killed. None of that matters when Kat’s ex-boyfriends mob friends show up demanding she pay the money he owes them Irish is the only one that can help.

Aidan was sent to look after Kat by her sister and his best friend. He used to be a fighter until everything went wrong. Now he works the security at the bar Kat works at to keep an eye on her. A lot of the book Irish battles with wanting Kat for himself and wanting her safe. Irish is also a fighter and when he takes on the duty of paying back they money Kat “owes” he goes back in the ring for her. Aidan has a lot of issues with his past and he doesn’t want them to get mixed up with Kat and I have to admire him for that. He’s all kinds of sweet but still a bad ass which is also cool.

Kat has been hurt before and she doesn’t want to burden Irish with her problems. However, she can’t stop herself from wanting him for reasons she doesn’t understand because she has never wanted anyone before. After her dark past of people taking everything from her she decides with Aidan she’s going to fight for what’s hers. She really grows from a timid character who is worried about her past to someone who won’t take no for an answer.

All in all, good story, definitely not what I expected which was great. A nice quick read which some action packed scenes, the mob, and an alligator. 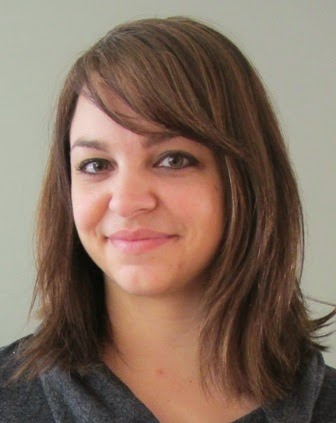 New York Times and USA TODAY bestselling author, Gina L. Maxwell, is a shameless romance addict with no intentions of ever kicking the habit.

Growing up, she dreamed of helping people escape reality with her sublime acting abilities. It wasn’t until college when she realized she had none to speak of, thereby derailing her lifelong plans. Another ten years would pass before she discovered a different means to accomplishing the same dream: writing stories of love and passion for romance addicts just like her.

Thanks to the support of her amazing family, Gina is now the Boss of the world’s first organized romance mafia, the Maxwell Mob, and living her dream of bringing a little romantic fantasy to the world—one steamy novel at a time.