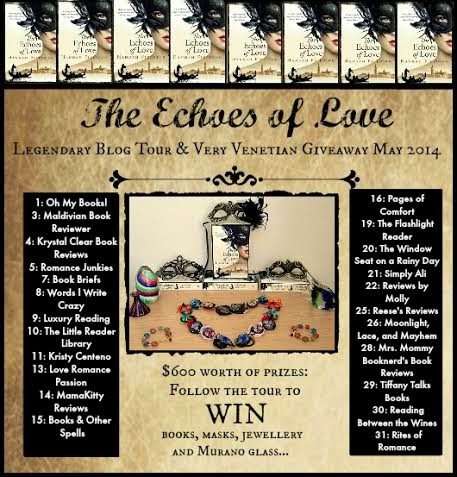 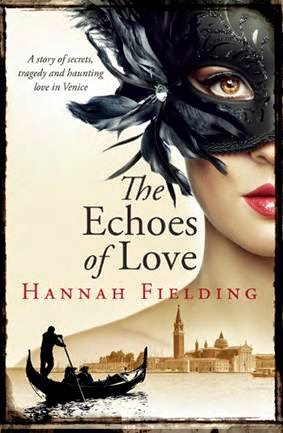 Book synopsis
Seduction, passion and the chance for new love.  A terrible truth that will change two lives forever.
Venetia Aston-Montagu has escaped to Italy’s most captivating city to work in her godmother’s architectural practice, putting a lost love behind her. For the past ten years she has built a fortress around her heart, only to find the walls tumbling down one night of the carnival when she is rescued from masked assailants by an enigmatic stranger, Paolo Barone.
Drawn to the powerfully seductive Paolo, despite warnings of his Don Juan reputation and rumours that he keeps a mistress, Venetia can’t help being caught up in the smouldering passion that ignites between them.
When she finds herself assigned to a project at his magnificent home deep in the Tuscan countryside, Venetia must not only contend with a beautiful young rival, but also come face to face with the dark shadows of Paolo’s past that threaten to come between them.
Can Venetia trust that love will triumph, even over her own demons? Or will Paolo’s carefully guarded, devastating secret tear them apart forever? 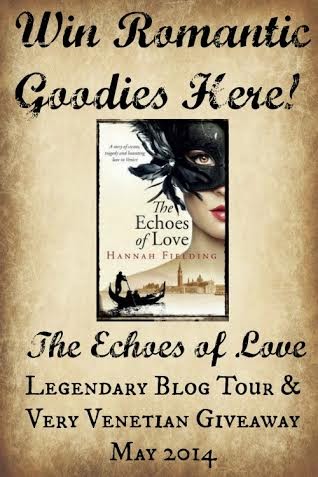 The Echoes of Love ‘Legendary’ Blog Tour: The ‘lost’ city of  Atlantis

For the love of legends
For me, researching a book is just as enjoyable as writing it. I set each of my novels in a passionate, romantic country, and so that I can really transport my readers there, I immerse myself in the setting: its history, its scenery, its cuisine, its culture. Top of my research list are local legends – I love colourful, age-old stories; the more fantastical, the better!
Since I was a young girl, tucked up in bed and listening avidly to my governess weaving bedtime tales, I have loved legends. Fairytales too, of course – they sowed the seeds for my romantic nature – but legends fascinated me most: those that have stood the test of time, that offer intriguing explanations for the modern world, that are at once fantastical and yet, somehow, believable.
My novel The Echoes of Love, set in Venice, Tuscany and Sardinia, incorporates various Italian legends – told by the hero, Paolo, who is a raconteur extraordinaire, to my heroine, Venetia – and in my research files I collected many more. What better way to share some of these most romantic, magical and atmospheric tales but in this Echoes of Love ‘Legendary’ Blog Tour!
Today I’m taking you to Sardinia, ancient island of mystery to which Paolo and Venetia travel…


The ‘lost’ city of  Atlantis
‘In between myth and history,’ says Paolo in The Echoes of Love, ‘there’s the theory that Sardinia could be the lost Atlantis.’ Venetia’s reaction is to laugh. Atlantis is a fictional island, after all… But as I explained recently on my blog, Paolo is quite serious – and the theory has some academic backing.
I love the legend of Atlantis, as told by the ancient Greek philosopher Plato. He explains the origins of the island thus:
At the beginning of time, the gods divided up the world, and Poseidon, god of the sea and earthquakes, took Atlantis as his domain.  He made a mortal woman, Cleito, his bride and built for them a sanctuary at the top of a hill in the middle of the island, surrounded by rings of water and land, for protection. There, in their home, they raised ten sons, five sets of twins, who became the rulers of Atlantis.
Years later, the ‘godliness’ of the descendents of the original gods had diluted due to their intermarriage with humans. The kings began to bend Poseidon's laws, acting as foolish humans, not gods, and thirsting for more power. The result was an epic war between the aggressive Atlantians and the defending Athenians. The Athenians finally won out, but the victory was pointless, for ‘there occurred portentous earthquakes and floods, and one grievous day and night befell them, when the whole body of your warriors was swallowed up by the earth, and the island of Atlantis in like manner was swallowed up by the sea and vanished.’ Farewell, Atlantians and brave Athenians!
One can just imagine Poseidon wielding his trident in fury at the Atlantians, and channelling all his power over earth and sea to sink Atlantis.
Whatever the truth behind the story – if any – it remains a favourite, permeating popular culture the world over. And if Sardinia is indeed Atlantis, well, that can only add to the romance of the place, making it the ideal retreat to inspire Paolo and Venetia to let a little magic into their relationship.


Follow the tour
If you’d like to read more Italian legends like this, and keep up with the accompanying Very Venetian giveaway in which lots of romantic goodies are up for grabs, follow the Echoes of Love ‘Legendary’ Blog Tour this month:
1 May: Oh My Books!
3 May: Maldivian Book Reviewer
4 May: Krystal Clear Book Reviews
5 May: Romance Junkies
7 May: Book Briefs
8 May: Words I Write Crazy
9 May: Luxury Reading
10 May: The Little Reader Library
11 May: Kristy Centeno
13 May: Love Romance Passion
14 May: MamaKitty Reviews
15 May: Books & Other Spells
16 May: Pages of Comfort
19 May: The Flashlight Reader
20 May: The Window Seat on a Rainy Day
21 May: Simply Ali
22 May: Reviews by Molly
25 May: Reese's Reviews
26 May: Moonlight, Lace, and Mayhem
28 May: Mrs. Mommy Booknerd's Book Reviews
29 May: Tiffany Talks Books
30 May: Reading Between the Wines
31 May: Rites of Romance 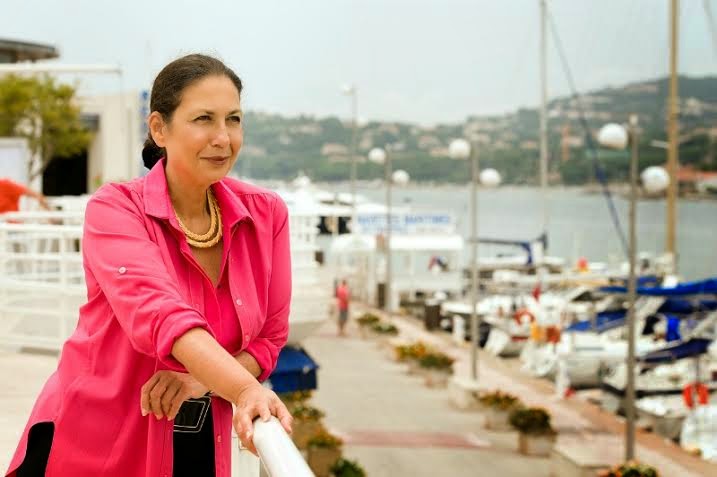 Hannah Fielding bio
Hannah Fielding is a novelist, a dreamer, a traveller, a mother, a wife and an incurable romantic. The seeds for her writing career were sown in early childhood, spent in Egypt, when she came to an agreement with her governess Zula: for each fairy story Zula told, Hannah would invent and relate one of her own. Years later – following a degree in French literature, several years of travelling in Europe, falling in love with an Englishman, the arrival of two beautiful children and a career in property development – Hannah decided after so many years of yearning to write that the time was now. Today, she lives the dream: she writes full time, splitting her time between her homes in Kent, England, and the South of France, where she dreams up romances overlooking breathtaking views of the Mediterranean.
Her first novel, Burning Embers, is a vivid, evocative love story set against the backdrop of tempestuous and wild Kenya of the 1970s, reviewed by one newspaper as ‘romance like Hollywood used to make’. Her new novel, The Echoes of Love, is a story of passion, betrayal and intrigue set in the romantic and mysterious city of Venice and the beautiful landscape of Tuscany. It was picked by The Sun newspaper as one of the most romantic books ever written. 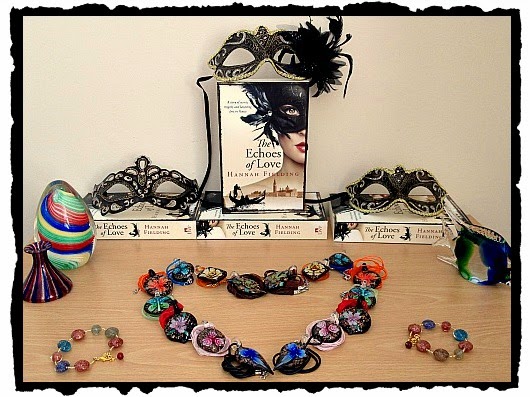 WIN in the Very Venetian giveaway

At least one reader commenting on this post will WIN in the Very Venetian giveaway, with prizes totalling more than $600:


Anyone who comments on a blog tour stop post will be entered in the giveaway. Simply comment below, including your email address so that Hannah can contact the winners. Good luck!