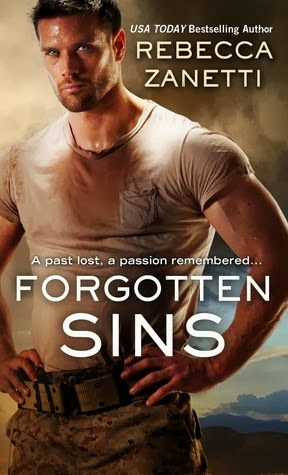 Blurb:
His Secrets Can Destroy Her

From the moment Josie laid eyes on sexy, mysterious Shane Dean, she was in love. Their desire ignited a passionate affair, and within weeks, Shane had slipped a ring on her finger. It seemed her every fantasy was coming true . . . until her new husband disappeared without a trace. Now, two years and one broken heart later, Josie is shocked by the hospital calls: Shane has been found . . . at a crime scene with no memory of how he got there.

Her Love Can Save Him

Shane can't remember the blue-eyed angel at his bedside—or who he even is—but he knows something isn't right. His hearing is razor sharp, his physical strength incredible, and the urge to protect Josie overwhelming. For powerful enemies are hunting him, and Josie is the key to discovering why. As Shane struggles to unravel his past, dangerous new truths come to light. Can he protect the only woman he's ever loved? And can Josie trust a man she thought she knew—one who carries such a deadly secret?

Josie Dean has been hurt numerous times before in her past. Meeting Shane she thought she finally had the family and the security she always wanted. They got married and the he disappeared.

Now two years and one move later Shane has finally reappeared, with amnesia. Josie is fully prepared to give him the divorce papers so she can move on with her life. But now Shane feels like putting up a fight and as his memory finally comes back and secrets about how they met and what he was doing for two years is revealed he knows Josie’s in danger.

Forgotten Sins is hilarious, dangerous, and beautiful. The characters are amazing and the ending will definitely leave you wanting more.

When Josie and Shane are reunited even though Josie is attracted to him she fights with everything she has to stand her ground and not fall for him again. Josie is a strong female character who kicks major butt when she has to and that’s not just talking about putting Shane in his place.

What the hell are you doing?” Josie yelled. He raised an eyebrow, sliding into a one-way street heading away from the hospital. “You have quite a mouth on you, don’t you, angel?” “Oh God, you’re crazy.”

They bicker like this back and forth throughout the whole novel and it’s great.

Shane is…well he’s hard headed and when he has no memory he’s very sweet and caring of Josie but he still keeps her at a distance. He never wants her in danger and he thinks she’s “soft.” He’s extremely protective of her and even when he doesn’t have his memory he’s extremely alpha male “this is my territory” towards her. He lets everyone know even Josie that she’s his. It’s extremely sexy and Josie thinks so too.

“Oh, but he’d hurt her. The set of her shoulders, the line of her lips, told him he’d caused her pain. What kind of an ass was he to hurt such a soft little thing?”

See so swoon worthy I tell you even when he’s acting like a controlling jerk he carries a heart full of love for her.

There are boatloads of action scenes in this book. Josie kicks some major bootay and Shane is wow! He knows how to kill people every way imaginable and he does some of them in this book as well. Josie while she’s 5’ 2 she also is extremely smart, she has a great shoulder on her head, and while Shane doesn’t know it she knows exactly how to manipulate Shane to get what she wants and it’s honestly hilarious because he has no idea.
The sexy: It’s hot! Pent up sexual tension from the last two years on both sides will do that to a person and when it finally happens it is so amazingly hot you will need a fan.

Forgotten Sins will honestly leave you breathless and your mind spinning. I had no freaking idea some of the stuff that happens would happen. Shane’s secrets are freaking huge and dangerous and out of this world. Government conspiracies, spies, kill switches in people’s bodies, gunfights, mobsters, drugs! Seriously it’s all in Forgotten Sins and I loved every minute of this book. I could not put it down and I can’t wait for the second book.

Oh and when Shane’s brothers make an appearance (spoiler) it’s out of this world love and hotness. Shane’s brothers are all kinds of yummy. Loyal to a fault, and extremely protective over what’s theirs.

Want an awesome quick read with lots of steam and loads of action packed scenes with great characters? This is the book for you and I swear you will love it!

Teaser:
“Always remember that you’re strong, baby. So strong.…"
“Then why do you try so hard to stand in front of me?”
… “Because you’re mine.” His dark hair flew when he shook his head. “I’ve never had much, but what I do have, I protect. With everything I am.” 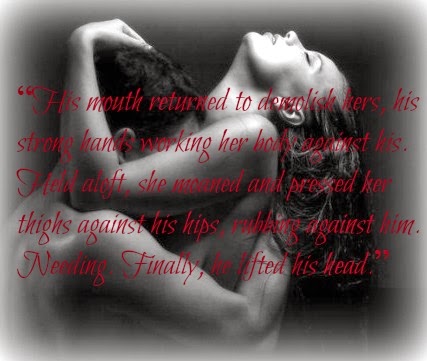 USA Today Bestselling Author Rebecca Zanetti has worked as an art curator, Senate aide, lawyer, college professor, and a hearing examiner - only to culminate it all in stories about Alpha males and the women who claim them. She writes dark paranormals, romantic suspense, and sexy contemporary romances.

Growing up amid the glorious backdrops and winter wonderlands of the Pacific Northwest has given Rebecca fantastic scenery and adventures to weave into her stories. She resides in the wild north with her husband, children, and extended family who inspire her every day--or at the very least give her plenty of characters to write about.