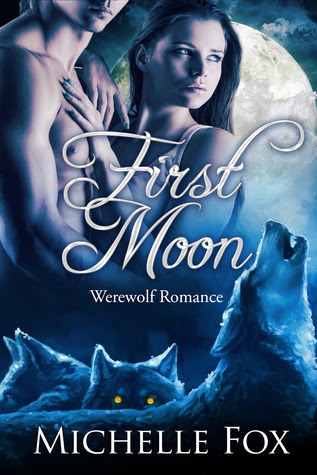 Blurb:
Audrey Levine thinks being bitten by a wolf is just another day on the job. She couldn’t be more wrong.

A wildlife rehabilitation specialist, Audrey usually does all the rescuing, but now she's the one who needs help. In ten days, she’ll be covered in fur and howling at the moon while the wolf who bit her is out there, waiting to claim her as his own…whether she wants to be his or not.

The biggest problem? The curvy beauty doesn’t know any of this.

Werewolf Tao Black is the strong, silent type, which is an asset in his role as pack enforcer. Hot on the trail of a wolf gone bad, he runs into trouble and is saved by Audrey. Realizing her situation, he vows to protect Audrey from the wolf who bit her, no matter what it takes.

A standalone, full length novel with NO cliffhanger.

My Review:
Wow! When I bought First Moon for $0.99 I was no expecting the action packed awesomeness that I got, at all.

Audrey got bit by a white overly large wolf. That same day she gets a call that someone was murdered and the police find another large black wolf in a cage inside the dead mans’ house. Taking the wolf home with her to figure out what’s with the strange wolf sightings and to fix the injured wolf Audrey is definitely in for the shock of her life when she discovers the wolf is actually a man who claims he is a werewolf, and she soon will be too.

First off First Moon was dual pov between Audrey who has a weight problem but is honestly the strongest character ever. I definitely wasn’t expecting that. She has a vulnerable side yes since she’s on the heavy side and extremely insecure about it. I honestly loved Audrey’s character and she was so easily relatable and I just loved being inside her head.

Tao is the other pov we get and man oh man is he all kinds of sexy. I have to say I thought he was sexy from the first moment I started reading his pov. He is sweet and cares about his family above all else. He does everything he can to protect his insane brother from his pack while also protecting Audrey from his brother. He’s very torn between the two of them and I liked that he wasn’t overly willing to kill his family over a woman even though he grew to care for her a lot.

So much action packed awesomeness. There’s fighting with an alpha. Someone loses a finger. Wolf on wolf and wolf on human fighting, so fantastic! I honestly love this novel it’s so fantastic. Plus the hot and heavy is really where Tao shines. He is all alpha male in the bedroom and it’s fantastic.

I would seriously recommend this book. I have been on a bit of a werewolf kick these last couple weeks and this was one of the best out of the ten or so I read.

Swoon:
“No, you’re not the same, but you are just as beautiful as her. Beauty doesn’t have a size.” He opened the door then stepped into her bedroom, his blue eyes dark and stormy. “I’ve never looked at your size, all I’ve ever seen is how beautiful you are.”

Teaser:
She asked him where the wolf was and now he had to explain he was the wolf. He really did not want to have that particular conversation this way. The towel wasn’t just pink, it had mermaids on it. 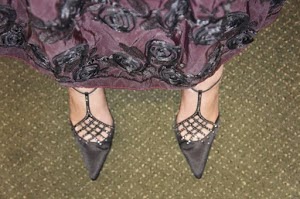