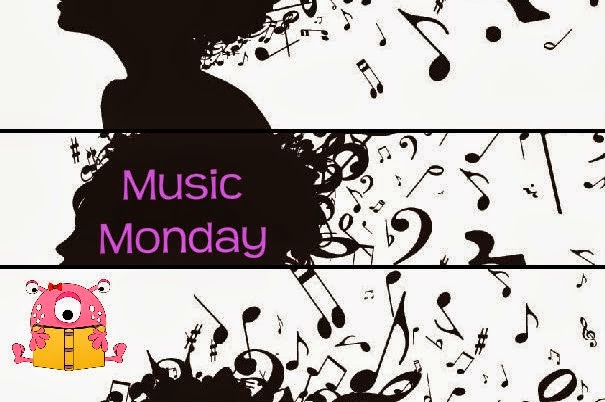 Music Monday is a blog review I post on my blog to change up my reviews, and to share my love of music. 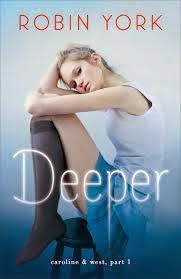 Blurb:
In Robin York’s sizzling debut, a college student is attacked online and must restore her name—and stay clear of a guy who’s wrong for her, but feels so right.

When Caroline Piasecki’s ex-boyfriend posts their sex pictures on the Internet, it destroys her reputation as a nice college girl. Suddenly her once-promising future doesn’t look so bright. Caroline tries to make the pictures disappear, hoping time will bury her shame. Then a guy she barely knows rises to her defense and punches her ex to the ground.

West Leavitt is the last person Caroline needs in her life. Everyone knows he’s shady. Still, Caroline is drawn to his confidence and swagger—even after promising her dad she’ll keep her distance. On late, sleepless nights, Caroline starts wandering into the bakery where West works.

They hang out, they talk, they listen. Though Caroline and West tell each other they’re “just friends,” their feelings intensify until it becomes impossible to pretend. The more complicated her relationship with West gets, the harder Caroline has to struggle to discover what she wants for herself—and the easier it becomes to find the courage she needs to fight back against the people who would judge her.

When all seems lost, sometimes the only place to go is deeper.

My Song Pick:
Okay so I know it has been a long while but, here I am again picking a song for this book. Okay so I read this line in the book and I immediately thought of this song. "You know what?" "What?" He starts wheeling his cart away. Turning his head towards me, he smiles the tiniest bit and says. "Except for that gap between your teeth, you looked fucking hot." I know crude right but this song says "I love the gap between your teeth" and West totally loves the gap.

My Review:
You know the books that come out and just kick you right on your ass because it’s not what you were expecting at all? That is what happened when I read Deeper. I really truly had an almost love hate relationship with this book. Deeper for me was just one of those books that had such a moving message and such fantastical realistic characters I honestly didn’t know how to feel. After reading so many books sometimes it honestly feels like I’m reading a story I’ve already read. That is so not the case for me with Deeper.

Caroline has been in a relationship with Nate for three years. She’s smart, sweet, loyal and just an all-around nice person. Her perfect life comes crashing down on her though when after her and Nate break-up he posts compromising pictures of her all over the Internet. Now Caroline spends her time trying to delete the pictures for online sites and get the horrible words of all the comments she’s seen out of her mind. Caroline never expected West.

West has rules he has family he has everything to lose. West sells drugs outside of the bakery he works at. He works three jobs just to make sure in case anything happens back at home he can help his family. He’s wanted Caroline since he first met her, but he can’t have her. West tries to give everything away and take nothing for himself except for Caroline because he wants her bad. Instead he sticks to being non-friends. He shows Caroline how to make bread and be a person again, a person without the pictures.

Okay so honestly one of the first things that drew me to thing book was how Caroline and West weren’t the “usual” perfectly attractive book people. They weren’t beautiful in the “everything on my body is perfect” sense. They weren’t the classic I guess is what I’m saying. West’s body while perfect his face apparently wasn’t. He had a big crooked mouth and his ears were small. Caroline has a gap between her teeth that she can spit out of. I loved that. Honestly that makes them so much more real to me.

The only part of this book I was somewhat irritated with which was fixed a thousand times over was that the book became suuuuuper slow towards the middle-ish of the book and it was irritating. It followed West and Caroline every-freaking-day but they never did anything just ignoring their attraction for one another, which would have been fine if it hadn’t been dragged out so long.

What I honestly loved most about this book was the message. The message was that people who use “Revenge porn” as a act of hurting someone is not okay and that it’s not the victims fault. A lot of the book centered on how Caroline deals with her emotions of guilt and how many people blame her for what someone else put out there. This is what really made Caroline such an amazing character to me. She learned to stop blaming herself and take action and she truly grew as a character which there is honestly nothing better than that to me.

Lastly, the humor in this book with the amazing characters was phenomenal! I honestly have to say this book was surprisingly hilarious. All the characters are just so amazing and funny and I can go on and on. Robin York is honestly has written one of my new favorite books so yay.


You need to get this book. Seriously. Go now.

Favorite Quotes: “The thing about being a good girl is, you spend your whole life developing a finely honed radar for detecting anything that could potentially cause people to love you less.”

“Never let it be said the caveman thing doesn’t turn you on.”

Teaser: “I can’t be Frankie’s and keep Caroline. I wish I could, but there’s no point in wishing. Every time I kissed Caroline, I pulled her deeper in. Deep and then deeper, until I couldn’t come home again without bringing her home.”

Swoon: “West reaches out, fists his hands in my coat and yanks me into him. We meet at the mouth. It’s the most obscene kiss of my life. Deep and hard, gasping hot, sticky-sweet, messy. It turns out that West doesn’t even need words to make the point he came here to make. Mine, his mouth says. Mine, mine, mine.”

New York Times bestselling author Ruthie Knox writes contemporary romance that’s sexy, witty, and angsty—sometimes all three at once. After training to be a British historian, she became an academic editor instead. Then she got really deeply into knitting, as one does, followed by motherhood and romance novel writing. Her debut novel, Ride with Me, is probably the only existing cross-country bicycling love story. She followed it up with About Last Night, a London-set romance whose hero has the unlikely name of Neville, and then Room at the Inn, a Christmas novella—both of which were finalists for the Romance Writers of America’s RITA Award. Her four-book series about the Clark family of Camelot, Ohio, has won accolades for its fresh, funny portrayal of small-town Midwestern life. Ruthie moonlights as a mother, Tweets incessantly, and bakes a mean focaccia. She’d love to hear from you, so visit her website at www.ruthieknox.com and drop her a line. Check Robin York out: Wesbite/ Blog/ Twitter/ Goodreads/ Facebook