Blog Tour: In A Wolf's Eyes 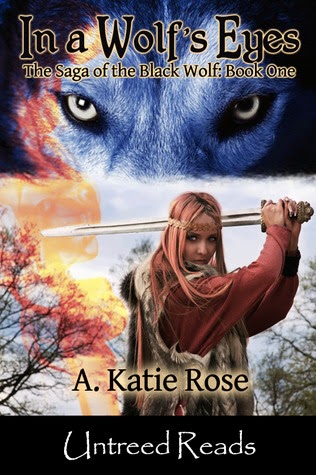 Blurb:
Raine is a slave, a gladiator. Known as the Bloody Wolf, he is the champion of all champions in the Empire of Khalid. Ly'Tana is a warrior princess of Kel'Halla and is set to wed the heir to Khalid's throne, Crown Prince Broughton. When Raine and his new wizard pal, Rygel, accidentally murder the High King, they set in motion events which rapidly spiral out of control. Ly'Tana discovers the true, and violent, nature of her betrothed, a man nicknamed Prince Brutal for his vicious nature, and escapes her marriage. Brutal will stop at nothing to have her for his wife. To entice his runaway bride into a trap, he brings down and captures her griffin bodyguard, Bar. Ly'Tana vows to have Bar back or die trying, and seeks the help of Raine and Rygel, to free Bar from Brutal's clutches. In doing so, Raine and Ly'Tana are forced to flee for their lives, hunted by Brutal's secretive assassins. Can they escape the hunters and their silent, evil hounds? Can Ly'Tana evade Brutal's hungry need to marry her and seize her beloved country? Can Raine keep Ly'Tana alive and still save himself from capture and torture? Can they stop themselves from falling in love? Thus begins the first novel of The Saga of the Black Wolf series.


My Review:
Oh my goodness I cannot gush enough about this book. A. Katie Rose is a genius and I am in love with this series!!! <3 p="">

Raine is the Kings slave, forced to fight in a deadly arena for his life he is the Kings champion and has been for ten years. Nobody knows his real name anymore though, nobody knows his true identity. When a deadly battle in the arena leaves Wolf near death he meets Rygeal Prince Brutals personal wizard who heals him. All Wolf wants his to be free with his sister Arianne who he lost so long ago when they were sold into slavery. However, the Prince has other plans. When Wolf and Rygeal accidentally wound the Prince and kill the king they fled.

Princess Ly’Tana is being forced into a marriage she doesn’t want but her father feels would be best for both parties. Little does her father know the man he betrovthed his daughter to marry has no intentions of letter her live long past wedding day. When the prince does something so terrible Ly’Tana knows she needs to find a way out of this marriage soon. When the King is declared dead and war breaks out in the Kingdom Ly’Tana knows it’s time to go. Taking her soldiers with her they fled.

Now after thinking they’ve escaped Brutal has captured Ly’Tana’s griffon Bar and Ly’Tana can only think of one person who can help her get them back. Wolf.

The characters are all phenomenal. Ly’Tana is a warrior and she kicks major butt in this book. Her loyalty is always to those around her and she always uses her instincts to think through a situation. There are a few times when she breaks down and is vulnerable, but honestly that just made me like her more. Raine is amazing I love him. He is funny and just an all-around good person from the start. I could tell right away there was more to his story. The whole cast of characters is honestly amazing. All of them have their own personalities and they all bring something to this book that would have been empty without. I truly enjoyed all the characters, except you know the bad guys because they are seriously evil.

In A Wolf’s Eyes is such an adventure of the characters trying to escape the king and getting injured and fighting. Oh yeah In A Wolf’s Eyes is jam packed with awesome fight scenes, I mean come on you’ve got warriors, soldiers, assassins, evil dogs, a griffin, an evil king, a magician, and a slave warrior. How could you not have awesome fight scenes?

All in all, I loved this book. I could not put it down for one second and I could read this book over and over again and it wouldn’t get old. A. Katie Rose did a fantastic job and I cannot wait to read the rest of her books!

Teaesr: I myself was unimpressed after hearing of him and even less so upon seeing him for the first time. Like many galdiators, Silas carried his brain in his muscles and thought himself invincible.

This giveaway is international=20

The winner will be announced at the end of the tour.
a Rafflecopter giveaway 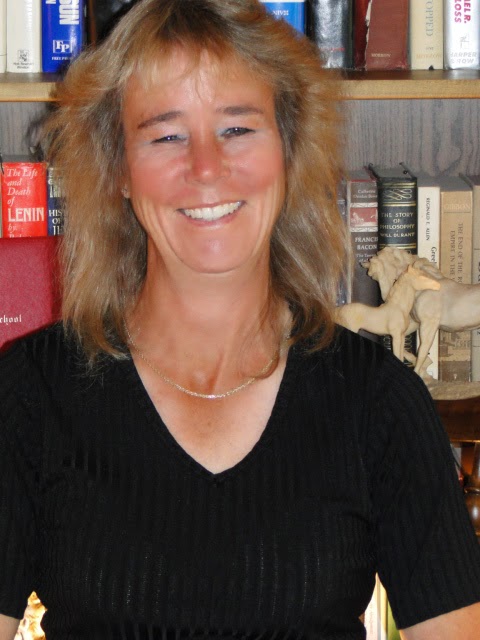 A. Katie Rose is a workaholic living in San Antonio, Texas. With her day job as a photographer, she writes in what little remains of her spare time. She enjoys long walks, reading (when possible), watching movies, red wine, and drinking beer around a fire with friends. Among her extracurricular activities, she rides her horses and rescues cats. Which is why she has too many of both.
A Colorado native, she earned her B.A. in literature and history at Western State College, in Gunnison, Colorado. Her first novel, “In a Wolf’s Eyes”, was published last year by Untreed Reads Publishing. Her second book, “Catch a Wolf”, was released in July, 2013. She is busy working on the third book of the “Saga of the Black Wolf” series, and another novel, outside the series called “The Unforgiven.”
Check out A. Katie Rose at these sites: Wesbite/ Twitter/ Goodreads/ Facebook