Blog Tour: Fire of the Sea 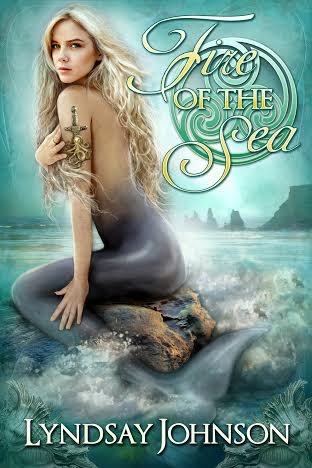 FIRE OF THE SEA by Lyndsay Johnson
Synopsis:
Sharp, sleek, and golden. Like the dagger she has worn since childhood, eighteen-year-old Aeva is all three of these things. But there is something else that this mermaid and her prized weapon share – they are both hunted.


Hidden within the caves off Iceland’s dark shore, Aeva waits to take her place as the next ruler of the Meriads. But when Aeva uses her potent and alluring song to save a drowning human, she disrupts a delicate balance. Realizing she has unexpectedly bound herself to Gunnar, Aeva is torn between duty and love.

Aeva severs one life to begin another, and soon finds herself not only rejected by the sea, but also stalked by an old enemy. As the worlds of myth and man intertwine, Aeva will challenge fate to protect her own sacred relic and the man she loves.

But legends and lies cast an intricate net. With time and safety quickly unraveling for Aeva and Gunnar, there is only one clear course: Find and defeat Delphine before she can shift again. 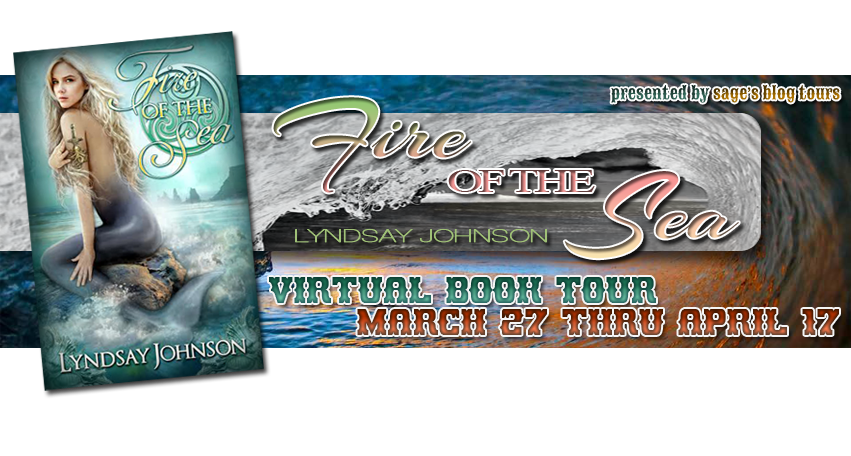 My Review:
I received a copy of Fire of the Sea for an honest review.

Aeva lost her parents in a brutal attack at a very young age. Now many years later while swimming she saves a human and everything changes. She falls in love.

First off let me say I am so in love with this cover I mean WOW! Absolutely phenomenal!!!

Fire of the Sea has Aeva the mermaid and her love interest Gunner doing crazy adventures and evil creatures trying to kill them. Pretty cool. Aeva was an interesting character who had great characters growth throughout the story.

The only problem I had with the story was the writing style and dialogue didn’t really draw me in and seemed forced at times.


Other than that the story was interesting. Some parts dragged but I read Fire of the Sea in one sitting so nothing too bad. 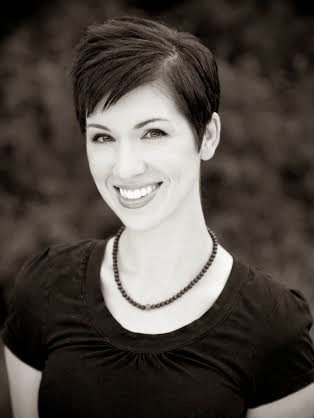 About the Author:
Lyndsay grew up in the wide expanses of Texas, where the only thing stronger than the accents was the state pride. An over-active imagination, tale-telling father, and encouraging librarian mother lead to her love of all things creative.

When it comes to books on her bedside table, young adult lit has always been a favorite (Blue Balliett, Libba Bray, and Stephenie Meyer, to name a few.) But it was actually an old, yellowing copy of Scandinavian Folk and Fairy Tales that planted a particularly relentless seed. Shapeshifters and sea nymphs began forming the seed of an idea that would eventually grow into Lyndsay’s debut novel, Fire of the Sea.

When she is not writing, you can find Lyndsay spending time with her family in the Rocky Mountains of Utah. She enjoys sitting in dark theaters, trying new gluten-free recipes, watching breaking storms over the peaks out her window, and secret naps.