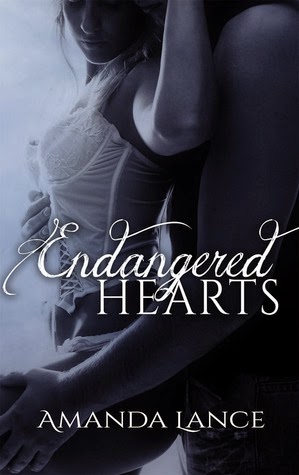 Blurb:
Emilia Ward is being watched...

And it isn't just by her mother's creep of a boyfriend or one of her many employers. Instead, she is certain it something else--someone else.

However, in a life with college classes and alcoholic mother to look after, Emilia doesn't have time to explore her suspicions. She would much rather think about her new job at Iram Manor, and more importantly--its mysterious and alluring owner.

After a lifetime of isolation and trapped in a disfigured body Kasper Zafar thought he knew pain.

Confining himself to his work as an architect and the love of his music, he never expects the beautiful Emilia Ward to enter his life. Young and naive, his new housekeeper does not flinch at the sight of him, and is even so bold as to call him her friend.

Determined to teach her in all worldly things, the opposites grow closer and the role of student and teacher and interchange. Yet Emilia's life outside the manor is not a happy one, and when Kasper's attempt to watch over her fails, both will discover than love may be the most painful thing of all.


My Review:
I received a copy of for an honest review.

When I first read the synopsis of this book I thought it was going to be a ghost novel since the guys name was Kasper. It turns out I couldn’t have been more wrong which was exciting.

Endangered Hearts is a wonderfully crafted Beauty and the Beast story. Emilia the beautiful young college student has been hired to clean the millionaire Kasper’s house. While coming into contact with him she never truly gets to see him behind his gloves and mask which hide his disfiguration. Over time Emilia becoming closer and closer to Kasper finds out his secrets and becomes more than a close friend to him.

A native of New Jersey and lifelong nerd, Amanda Lance recently completed her Master in Liberal Arts at Thomas Edison State College after her BA in English Literature and AFA in creative writing. As an avid reader of all genres, some of her favorite authors include Hemingway, Marquis de Sade, Stevenson, Bukowski and Radcliffe.
When she isn’t writing or reading, Amanda can found indulging in film noir or hiking with her other half and their extremely spoiled dog. She is obsessively working on her next book and trying to tame her caffeine addiction.
Check out Amanda Lance here: Twitter/ Goodreads/ Website/ Facebook