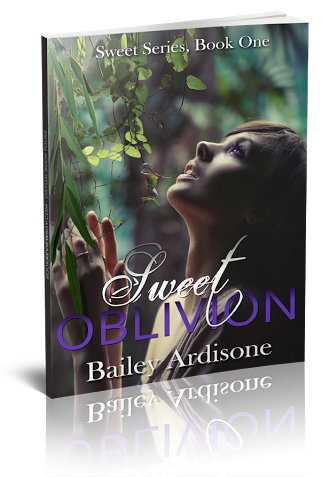 
When two worlds collide, nightmares become reality. And some secrets...are best kept in Oblivion.
...Until there is hope.

Have you ever wanted to forget? Nariella Woodlinn has. Many times. Especially when her already frustrating life gets turned upside down by a mysterious boy who randomly shows up in her small town. And she can't seem to understand anything about him, despite how much she tries.
Nari hates everything about her life, except for her best friend Rydan, but now that they've been separated during their senior year of high school, she has to learn to make new friends without him. When strange, unexplainable phenomena start becoming an every day part of her life, Nari struggles to come to grips with reality. And with love.

Naminé has responsibilities. Duties. It is her obligation to fulfill all that is asked of her by their King. But when a glimmer of hope is introduced to her by a prisoner she tends to, it means life or death for her and her people. She does all that she can to turn that hope into reality, and finally end the vicious war that has been ensuing since she was born. Even if that means keeping it secret from her King. Even if it means carrying out the biggest betrayal against the King ever seen during her time.

She has hope. She will fulfill her duty. She will not let her people down. 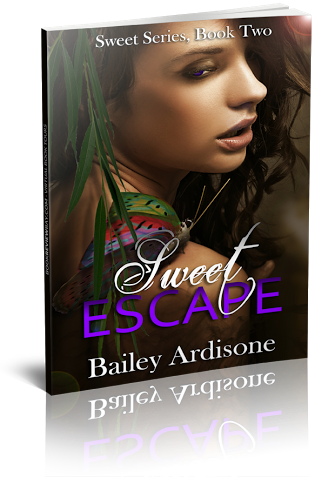 Life will never be the same for Nariella Woodlinn. Just when she thought she had it all figured out, her world comes crumbling down around her-yet again. With no idea who she is or even where she came from, how can she save herself?
She once thought her biggest problems were the ones brought on by the mysterious man she refused to fall in love with—Mycah. But she quickly discovers none of that compares to what she is about to encounter next.
This time, it isn’t because of who Mycah is.
This time, it’s because of who she is.
~
Naminé risked everything to save her people. Her goal was to bring their only hope back to their Kingdom. As the war rages on around her, Naminé gets thrown into the lion’s den—the false King’s chambers. Can she fool a King who can’t be deceived on his playing field? Forced to do his bidding, can she prevent the downfall of the only hope she worked so hard to bring home? Will she be able to escape with her life and mind intact?

With everyone’s world falling apart and deceit around every corner…can any of them truly Escape?

Soundtrack
1. Midnight Highway by Daphne Loves Derby
2. Preteen Scream by Brandon Setta
3. Trust by Thrice
4. In Years to Come by Thrice
5. The Song I Thought by Annondale
6. Only One by Yellowcard
7. Deadbolt by Thrice
8. Harsh Realms by Tom Gabel
9. Weight Of The World by Your Sweet Uncertainty (Sweet Escape Theme Song)
10. Anthology by Thrice (Nari & Mycah's song)
Bonus Track: Whispers of Time by Cedric Kristian (Rydan's masterpiece) 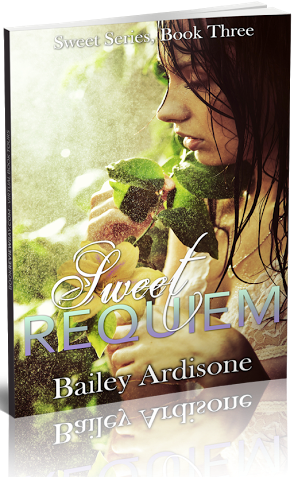 Sweet Requiem (Sweet #3) by Bailey Ardisone
***This is categorized as a New Adult novel, with some mild adult content***

Returning to Kennebunkport, Maine, isn't all that it's cracked up to be for Nari and Rydan. Barely escaping one evil by the skin of their teeth, running head first into the next was the last thing they were expecting. With Nari's best friend Zaylie held hostage by the leader of the Black Eagles, Nari's number one priority is getting Zaylie, along with everyone else she cares about, out of Nikolai's clutches safe and sound. Only, the worst thing that could possibly happen has happened- Death.

Before Nari can even comprehend her worst nightmare coming true, she is pulled back into the very place she had thought she escaped. But the nightmare doesn't end there. Just as she sees a silver-lining to her otherwise gloomy cloud, she discovers heart-wrenching news and has to yet again escape an untimely death.

With the hope of undoing what would normally be permanent, Nari, with the help of the two brothers she loves most in the world, sets her mind on a mission that will ultimately mean her downfall. Is the end result worth the sacrifice?
~
Naminé is left in the Earthly realm to tend to an injured Ender and Fëa. She must learn to cope with the new human elements thrown her way, but in the process, discovers something may be terribly wrong with her family back home - the one place she can no longer get to.

Continue the journey that started it all. Mycah, Rydan, Nari, and Naminé are determined to take back the throne. Except, that which starts sweet, ends bitter... 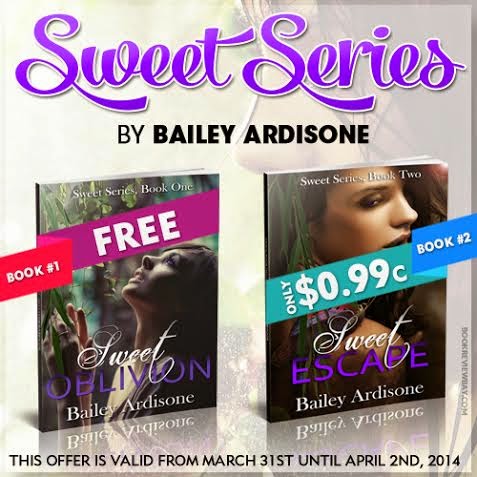 EXCERPT:
~Nari~
I could feel a huge grin on my face from the memory, but as I approached my usual desk in the back, it quickly disappeared. I had no idea what look took the grin’s place, believing it must be something similar to a deer caught in headlights or the look a child has from just coming face to face with a ghost. Regardless, I had no doubt whatever it was perfectly demonstrated the word "shocked."
There, in my seat not to mention, was the sexiest guy I had ever seen. Oh, and by the way, as if my life couldn’t get any crazier, it was the boy I ran across, twice, within the last week.
It faintly registered to me that I was staring, but what captured me and kept me firm in one spot is that he was staring right back.
I reluctantly pulled my eyes away from his, realizing I could have seriously drown in their exquisite ocean blue color that seemed to want to pull me under, to quickly take the rest of him in. He leaned all the way back in his chair, no, my chair, wearing dark jeans and a plain white undershirt, with his right leg stretched out.
I unconsciously started walking toward him. He had his right hand in his pocket, and his black hair was in a layered mess, resembling a rock star, with just a few strands falling over his eyes. I glanced at his tattoo for just a second before meeting his gaze again.
But now that I was here, standing in front of him, my mind went blank. I wanted to tell him to get out of my seat, but just looking at him was making me nervous.
“It’s you again. Hello,” he said in a velvety English accent.
I could feel my mouth gaping open like a fish, but no words were coming out. Pull it together would you?!
“H-h-hi. Hello,” I spat out, but barely. “You’re in my seat.”
“Oh, am I? I’m sorry,” he said with a grin.
“Yes, so, could you maybe move?” I didn’t know why I was being so rude; I was just frustrated that I couldn’t figure out this strange mystery that all of a sudden plagued my life.
“But I like this desk. I can see why you chose it. You get to sit back here and observe the whole room, taking in everything that is discussed 'bout literature and it’s right by the windows. Please, can I stay?” he said to me while batting his eyelashes. “With a cherry on top?” Each word was perfectly clipped. Why were accents so darn sexy?
His entire presence and foreign charm completely caught me off guard. I easily conceded to him.
“Okay,” was all I could say. I slowly walked to the last empty desk in the room and just as slowly, sat down. I was being completely ridiculous, I knew that. But why did he-
Hold on – why was he staring at me? Why was I looking at him?! I quickly looked to the front of the room, my cheeks burning. 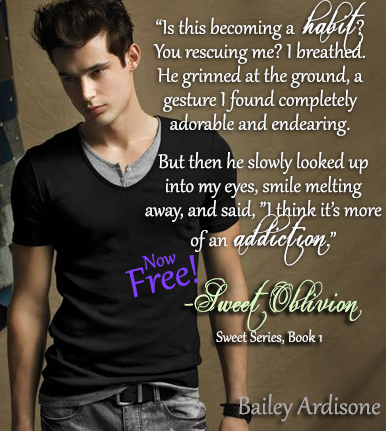 Sweet Series Character Bios
Name: Nariella Ashwyn Woodlinn (aka Nari)
Age: 18
Height: 5'7"
Hair: Brunette
Eyes: Violet
Personality: Kind, sweet, caring, loves to paint. Determined not to be shy, Nari puts forth strong effort to fit in and act like a normal teenager when around her new friends. Forced to keep everything in growing up, she no longer holds her emotions back or keeps what she is thinking locked inside now that she is older. This has gotten her in trouble, and she is currently learning restraint.

Name: Mycah Nightly (aka Remycah Avel Zafriel)
Age: 19 almost 20
Height: 6'1"
Hair: Black
Eyes: Blue
Personality: Grew up alone and separate in England. Strong, fierce, authoritative, but gentle, loving, and affectionate. Mycah would do anything for his people and those he loves. He has full, 100% use of his brain, and has countless abilities because of it. His favourite thing to do is read, but he also loves music, including playing the piano, and is a master swordsman. He is obsessed with sweets.

Name: Rydan Cael O'Malley (aka Rydan Cael Zafriel
Age: 18
Height: 6'0.5"
Hair: Black
Eyes: Silver
Personality: Quiet, restrained (except when it comes to protecting Nari), and incredibly loyal. He only shows his emotions and affections toward Nari, but he is learning to open up to others. Rydan has many gifts, but his most known skill is with music. He can play almost any instrument, and is a master composer. He also loves archery and animals, and is a dedicated vegetarian.

Name: Naminé
Age: 18
Height: 5'8"
Hair: Blonde
Eyes: Green
Personality: Logical, reasonable, loyal, and kind. Naminé is mature beyond her years, and determined to save her Kingdom. She has a brother who she deeply loves and is constantly worried for. She is a Dream Weaver, and slave to the King. Strong, determined, and patient, she along with her Fëa Calen, would risk anything to save the ones she loves. 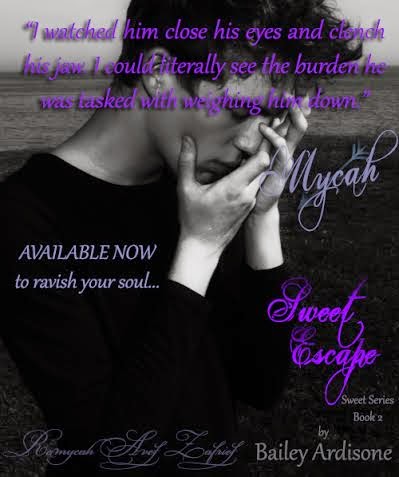 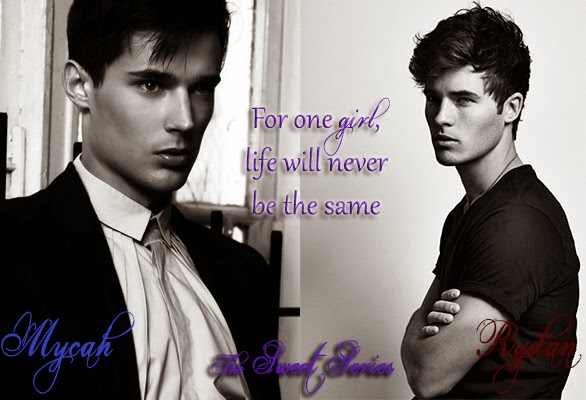 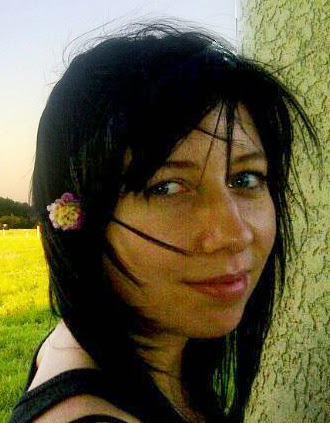 Author Bio:
I am a brand new just-out-of-the-wrapping Indie writer. I never once thought of myself as a writer growing up, although I must admit I always loved the idea of it. I just never thought I could. I have always been a dreamer and had an overactive imagination though, and instead of playing with my typical toys that my parents bought me from the store, I had the most fun pretending their belts/bracelets were dinosaurs or a box of bandaids I'd find in the bathroom were my new pet snakes. Once I grew out of toys, I was more interested in drawing, watching Japanese Anime, and reading Manga. I still to this day do those things of course, but now that I have discovered my love of writing I've realized how much I want to keep doing it. It all started with my love of diving into a book and going on an adventure with the many characters I met on the way. I mean really, who doesn't love a good book? With the help of my husband of 7 years, who kept pushing me to try writing, I decided I wanted to take some of the ideas that had been floating around my head and put them on paper. And voila! After many discussions with my sister, not to mention many all-nighters writing, we finally created something of our own. I also love animals and could not live without music. My outlook on life is to be yourself and those around you can either take it or leave it. Just a few other things I am forever obsessed with are - traveling, different cultures, giant rocky mountains and castles, anything in miniature form, my home city of Chicago, sour skittles, and sleeping/naps is my vice.