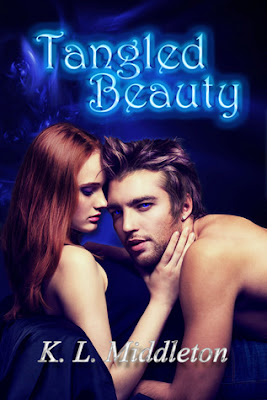 Blurb:
Sinclair Jeffries thought she knew what she was getting into when her zany, gay friend, Jesse Eddington, talked her into portraying his girlfriend during his parent's anniversary party on Huntington Beach. That is, until she met Reed, Jesse's sexy as hell older brother, and ends up getting much more than what she'd bargained for.

Reed Eddington assumed his future was settled until he met Sinclair, his brother's so-called "girlfriend", but the raw, sexual tension between them is hard to ignore. As he watches their ruse from the sidelines, he finds himself wanting to uncover more than just their amusing little facade.

Due to sexual content and heavy subject matter, this book is recommended for ages 18+

My Review:
Sinclair’s gay best friend Jesse hasn’t come out to his parents yet. As a result he’s dragging her to his annual family party. Sinclair thinks it will just be a quick get together until she meets Jesse’s brother. Even though he came with his model fiancé she can’t help feel an instant attraction to him.

Reed thinks he could have everything a man ever wanted. An amazingly attractive girlfriend, a great job, and he is good looking. When he sets his eyes on Sinclair though he begins to rethink everything because his attraction to Sinclair is like nothing he’s ever experienced before.

However there’s a huge twist. I am freaking huge. I did not see it coming holy crapola kind of twist. There’s murder, threats, drugs, sex, and all that other jazz.

*Sigh* Tangled Beauty honestly was kind of disappointing to me because at the end of the book Sinclair thinks Reed cheated and she never questions him on it and just goes from “I’m not talking to you” to “Ok let’s have a relationship with lots of sex.” Um ok but why did you never ask him if he cheated? The sexual tension was just too much it clouded the fact he could have cheated? Yeah that scene really blew it for me. Sorry if that’s spoliery but seriously? Lame!

Other than that though, the book was interesting enough for me to enjoy it. I liked the characters ok although they aren’t my favorite. The writing was great. Not too much detail but enough. I enjoyed the twist and how everything ended which totally ended on a semi-cliffhanger.

If you’re looking for a short read this a definitely a book I would suggest. 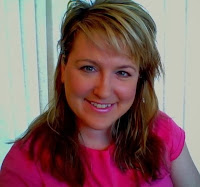 I am a wife and mother of two girls, Cassie and Allie. I live in Minnesota and, yes, our winters are legendary! I believe this has a lot to do with my passion for reading and writing, which is something I'd like to make a full time career of sometime in the future. Right now my days are filled with chasing after children in my daycare but at night I chase after my dreams of becoming a popular writer. Most of my books are written with young adults in mind but I am ecstatic when I hear that readers of all ages enjoy them. It's a great motivator and pushes me to keep writing, even when I'm exhausted from wiping noses all day long!

Check out K.L. Middleton here: Website/ Goodreads
Posted by Reese's Reviews at 1:00 AM