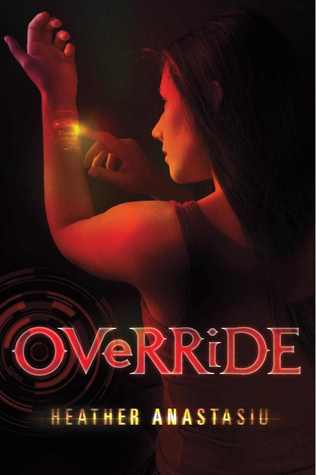 Blurb:
Zoe is free. She has escaped the enslavement of the Community, disconnected from the hardware that had controlled her every thought and emotion, and evaded capture by the Chancellor intent on killing her. She is finally free, but she is far from safe.

The beginning:
Zoe and Adrien have been hiding with the Resistance, but they’ve been found. Escaping just barely after losing a friend they head to another safe place. The problem? Zoe’s powers and on the fritz and she doesn’t know how to fix them. She can’t control them and after a slight accident with her powers they’re moving into the Community.

“I gritted my teeth, trying to call my strength forward with my mind. But nothing happened. I fely a slight buzz of power, but then it was gone again.”

Another problem is Zoe is still allergic to everything and can only be exposed to certain places depending on their air potation system. At the Community Zoe meets a team of glitchers that become her team mates and her friends. Zoe also gets training with Adrian’s mother after an accident happens with Adrien.

“I’d been training with Adrien’s mom for the last week- and I had the bruises to prove it. But I deserved it. It had taken two hours for Julia to get all the bits of mirror glass out of Adrien’s back.”


The Middle:
This is where it gets good and stuff hits the fan. When Zoe finally gets her stuff together they go on a mission and that mission changes everything. Adrien becomes distant, the General reveals plans that could destroy the world, and the resistance is quickly being wiped out with no explanation. When everything is finally revealed in this middle part I lost my sh*t!

The end:
No no no no nooo! I cannot believe that happened! Why oh why would you torture me this way. I honestly feel as if my heart is being ripped out of my chest right now. Poor Zoe, poor Adrien. Oh Adrien! I honestly wanted to chuck this book into a wall I just cannot comprehend what happened. One minute everything was happy and then he’s not and it’s just so dreadful. I need Shutdown as soon as possible. Readers be prepared for a gut wrenching ending.

What I liked:
I really have to say I love reading YA for the action and the love. Nothing beats YA love to me especially when done right. Heather Anastasiu does it so write. There is a love story with Zoe and Adrien and I loved when they would sneak out together and do coupley kissy scenes together. However, the entire book wasn’t focused on just their love life and I liked that about these two books. While their relationship is important they also saw the bigger picture and the entire book wasn’t just focused on them as a couple but them as people.

Override is an amazing sequel to Glitch. I fell in love with the first book right off so I had high expectations for Override. Heather Anastasiu did not disappoint. The Community of both humans and Glitchers are such a fantastic cast of characters. Loads of action packed scenes with powers, an evil overlord, mind control and things even more deadly. The emotional angst was through the roof. I laughed, I cried (a lot), and I just enjoyed the ride. Heather Anastasiu’s writing in honestly phenominal. She made characters that would seemed like there is no way they could be relatable with strange powers living in an post and almost pre apocalyptic world and made the loveable. I can’t wait for Shutdown I know it will be great. 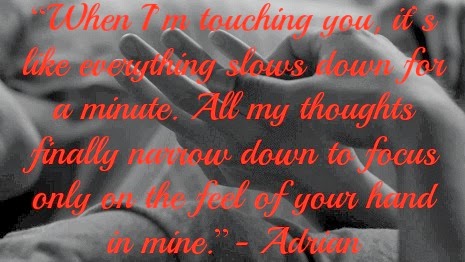 Teaser:
“Cole had leapt up into the air, knife raised. He froze there, three feet above the ground, and I held him perfectly immobile with my telek. Xona’s hand likewise stopped in place.”

Random Facts about Me
I played the piccolo in my high school marching band.
I paint a little bit, mostly portraits in oils.
So, the last name, I know it looks like Anastasia, but it has a U on the end: Anastasiu (rhymes with 'so-nice-to-see-you'). It's Romanian in origin.
I like tattoos. I know, you're shocked ;)
I was in a wheelchair for a year during college because of health problems. Being wheel-bound and knee-high for a year certainly changed my perspective on life (pun intended).
Yes, I am a fan of cheesy puns.
I've wanted to be a missionary, a psychologist, a professional flautist, a college professor, and now I've ended up being a writer - the secret secret thing I always wanted to be but never told anybody because I thought it too much of an impossible dream!
My favorite book is East of Eden because it blew open my world when I first read it at age 20.
I read more than I do anything else. Like hours and hours a day.
Wanna know how I get my hair so pink? It's HARD and it took me a long time to perfect my system. Here's a step-by-step blog about the process :)